My Letter to a Smear Artist

Even though state nullification was more often employed in the nineteenth century by northern states than by southern, and the movement today is in evidence all over the country — north, south, east and west — you’ll never guess the line the smearbund is adopting. I’m telling you, you’ll just never guess. All right, I’ll tell you. Their reply to all this is: “Confederate Confederate Confederate slavery slavery slavery racism racism racism.” Good old establishment Left. Always something new and interesting to say. Lou Dubose, a conventional leftist who takes criticism of the federal government personally, recently wrote a piece called “Confederates in the Attic” for a subscription-only pro-regime site. I am one of those alleged “Confederates,” since Lou seems to think my opposition to government makes an exception for the Southern confederacy of 1861—1865. Lou is worried about my forthcoming book, Nullification. He warns that hundreds of people at CPAC loved my speech on the subject. It’s all very sinister. 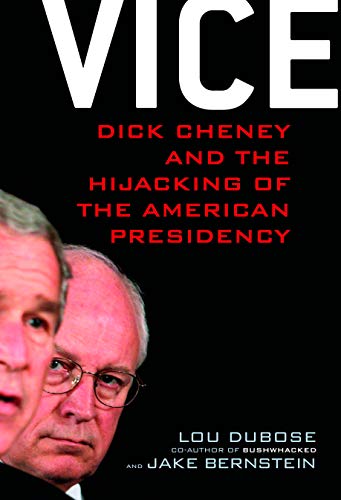 Here’s the reply I sent to Conventional Lou, the guy who thinks the federal government is super-dangerous when a George W. Bush is running it, but that we should keep it just as powerful as it is now even though it could fall into the hands of another George W. Bush. Actually trying to stop the federal government’s anti-social behavior, on the other hand? What are you, a “neo-Confederate”? Mr. Dubose: Someone just forwarded me your article. What a shame. I actually read and enjoyed your book Vice, and I’ve heard you interviewed on Antiwar Radio with my friend Charles Goyette. Murray Polner and I included an article from the Texas Observer, where I understand you were once associated, in our book We Who Dared to Say No to War: American Antiwar Writing from 1812 to Now (Basic Books, 2008). All of us in the Ron Paul/Campaign for Liberty mold are antiwar (much, much more so than Obama and his followers, to say the least), anti-torture, pro-civil liberties, and anti-drug war. Isn’t that a set of policies that would favor racial minorities? I’ve never understood all the hysteria against us.

Wouldn’t nullification have been nice for California and Washington State to have tried when Japanese-Americans were being rounded up by the progressive U.S. government? I sure would have favored it. Digging out old articles from the 1990s is silly, as I’m sure you know. (If you’d like to know how I feel about the abolitionists you could read We Who Dared to Say No to War (2008), which includes several notable ones.) You could also dig out articles showing I used to be pro-war. What would that prove, other than that I’ve moved from neoconservatism to paleoconservatism and (for the past nine years) to libertarianism?

[You can even find, as late as 1999, in a scholarly journal called American Studies, an article I wrote critical of capitalism from a traditionalist perspective. Are you going to trot that out and say my free-market credentials aren’t so clear after all? Probably not, since you’d look ridiculous. I do have a pretty substantial online archive of my recent writing you can read without having to use the Wayback Machine, that might give you a slightly better sense of my worldview.] California is considering decriminalizing marijuana across the board. That’s also nullification. Are they to be condemned? Whatever happened to the tradition of decentralism on the Left, la Kirkpatrick Sale? These days the Left hems and haws about the U.S. government (when it’s out of power, of course), but balks at any actual opposition to it, apart from a few pretty speeches. Some of us are a little more impatient than that. Finally, what a shame you didn’t bother to mention that in front of a CPAC crowd I criticized both the draft and preemptive war. Long live decentralization! Nationalism had its day with the states’-rights-hating Hitler. Let’s return to a humane scale of living.

Why Not Feel Sorry for BP?Immigration, Foreign Affairs and the Constitution