Congress Freezes Its Own Pay

Last week Congress did something fiscally responsible. It’s not very often I can say that. Granted, it was small in the grand scheme of things, but I was glad to be an original cosponsor, along with Congressman Harry Mitchell of Arizona, of a bill to block the automatic pay raise that Congress otherwise receives every year. Every Member of Congress gets this raise unless it is expressly voted down. For the second year in a row Congress has voted to freeze its own pay, which, in a time of skyrocketing deficits and high unemployment, is the very least Congress can do.

The country is in a serious recession, bordering on depression. Unemployment is grossly underreported, and not likely to get better anytime soon. American citizens and businesses are overtaxed, yet tax revenues still fall far short of our government’s voracious appetite for spending. This is no time to raise taxes. And since congressional salaries come from tax revenue, allowing ourselves a raise would fly in the face of economic reality.

Of course, Congress ignores economic reality all the time. But if Congress can freeze salaries as a first step towards fiscal sanity, it can freeze — if not drastically cut — a vast array of federal expenditures.

At the very least, Congress could freeze current spending levels, instead of constantly increasing them. We could stop increasing the debt ceiling every few months, as has become our habit. We could freeze regulations that add to the burden on our struggling small businesses. We could freeze intrusive bailouts that upset the balance of the market and cost us billions — billions we could instead use to eliminate the oppressive income tax! We could freeze the money supply and stave off the tsunami of inflation the Fed has been generating for years. 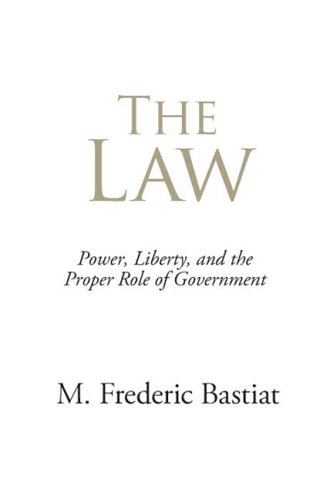 Furthermore, we could address the mismanagement and waste in foreign affairs which adds immensely to our budget. Like entitlements, militarism is expensive. We need to reject sanctions as a precursor to military action, and embrace free trade as the most effective method for spreading liberty. After all, as the great economist Frdric Bastiat said: when goods don’t cross borders, armies will. It is time to bring our troops home, instead of instigating expensive new wars when we’re already hopelessly mired in several conflicts already. We need to rethink the whole idea of pre-emptive war — not only because it’s wrong and counterproductive, but because we literally cannot afford it!

We could do much to restore fiscal sanity to this country simply by stopping the madness and bringing our troops home — from Iraq, Afghanistan, Korea, Japan, Germany, and so many other places. This costly global empire does not serve the interests of the American people and we should end it peacefully and voluntarily now, lest it end in chaos later.

Though it may be wishful thinking on my part, I’m encouraged by the small step taken by Congress last week. Fiscal sanity can begin with a small step, and I want to encourage Congress to move in this direction.

How to Build Your Wardrobe Cities and Civilization