ShadowStats’ John Williams has done his math and believes his numbers tell the truth. He explains why the U.S. is in a depression and why a "Hyper-Inflationary Great Depression" is now unavoidable. John also shares why he selects gold as a metal for asset conversion in this exclusive interview with The Gold Report.

The Gold Report: John, last December you stated, "The U.S. economic and systemic crisis of the past two years are just precursors to a great collapse," or what you call a "hyper-inflationary great depression." Is this prediction unique to the U.S., or do you feel that other economies face the same fate?

John Williams: The hyper-inflationary portion largely will be unique to the U.S. If the U.S. falls into a great depression, there’s no way the rest of the world cannot have some negative economic impact.

TGR: How will the United States’ decreased economic power impact global economies? Will the rest of the world survive?

JW: People will find to their happy surprise that they’ll be able to survive. Most businesses are pretty creative. The thing is, the U.S. economic activity accounts for roughly half that of the globe. There’s no way that the U.S. economy can turn down severely without there being an equivalent, at least a parallel downturn outside the U.S. with its major trading partners.

When I talk about a great depression in the United States, it is coincident with a hyper-inflation. We’re already in the deepest and longest economic contraction seen since the Great Depression. If you look at the timing as set by the National Bureau of Economic Research, which is the arbiter of U.S. recessions, as to whether or not we have one, they’ve refused to call an end to this one, so far. But assuming you called an end to it back in the middle of 2009, it would still be the longest recession seen since the first down-leg of the Great Depression.

In terms of depth, year-to-year decline in the gross domestic product, or GDP, as reported in the third quarter of 2009, was the steepest annual decline ever reported in that series, which goes back to the late ’40s on a quarterly basis. Other than for the shutdown of war production at the end of World War II, which usually is not counted as a normal business cycle, the full annual decline in 2009 GDP was the deepest since the Great Depression. There’s strong evidence that we’re going to see an intensified downturn ahead, but it won’t become a great depression until a hyper-inflation kicks in. That is because hyper-inflation will be very disruptive to the normal flow of commerce and will take you to really low levels of activity that we haven’t seen probably in the history of the Republic.

Let me define what I mean by depression and great depression, because there’s no formal definition out there that matches the common expectation. Before World War II, economic downturns commonly were referred to as depressions. If you drew a graph of the level of activity in a depression over time, it would show a dip in the economy, and you’d go down and then up. The down part was referred to as recession and the up part as recovery. The Great Depression was one that was so severe that in the post-World War II era, those looking at economic cycles tried to come up with a euphemism for "depression." They didn’t want to create the image of or remind people of the 1930s. Basically, they called economic downturns recessions, and most people think of a depression now as a severe recession.

I’ve talked with people in the Bureau of Economic Analysis and the National Bureau of Economic Research in terms of developing a formal depression definition. The traditional definition of recession – that of two consecutive quarters of inflation-adjusted contraction in GDP – still is a solid one, despite recent refinements. Although there’s no official consensus on this, generally, a depression would be considered a recession where peak-to-trough contraction in the economy was more than 10%; a great depression would be a recession where the peak-to-trough contraction was more than 25%.

We’re borderline depression in terms of where we’re going to be here before I think the hyper-inflation kicks in. You’ve certainly seen depression-like numbers in things such as retail sales, industrial production and new orders for durable goods, where you’re down more than 10% from peak-to-trough. In terms of housing, you’re down more than 75%, and that certainly would be in the great depression category. With hyper-inflation, you have disruption to the normal flow of commerce and that will slow things down very remarkably from where we are now.

TGR: After a period of recession, isn’t inflation considered a good sign?

JW: There are a couple of things that drive inflation. The one that you’re describing is the relatively happy event where strong economic demand is exceeding production, and that’s pushing prices higher, as well as interest rates. That’s a relatively healthy circumstance. You can also have inflation, which is driven by factors other than strong economic activity. That’s what we’ve been seeing in the last couple of years. It’s been largely dominated by swings in oil prices. That hasn’t been due really to oil demand, as much as it has been due to the value of the U.S. dollar. Oil is denominated in U.S. dollars. Big swings in the U.S. dollar get reflected in oil pricing. If the dollar weakens, oil rises. That’s what you saw if you go back to the 1973–1975 recession, for example. That was an inflationary recession.

Indeed, the counterpart to what you were suggesting earlier about the strong demand and higher inflation is that usually in a recession you see low inflation. The ’73 to ’75 experience, however, was an inflationary recession because of the problem with oil prices. That’s what we were seeing early in this cycle, where a weakening dollar rallied oil prices, and then the dollar reversed sharply and oil prices collapsed. We have passed through a brief period of shallow year-to-year deflation in the consumer price index, but, as oil prices bottomed out and headed higher since the end of 2009, we’re now seeing higher inflation, again. 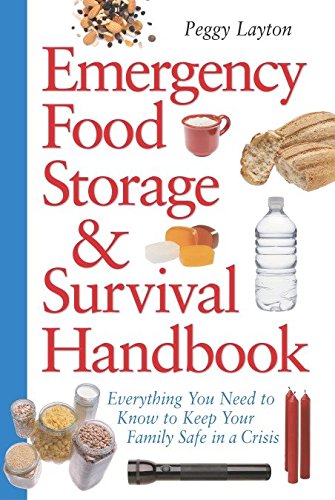 I’m looking at hyper-inflation, which is a rather drastic forecast. This has been in place as an ultimate fate for the system for a number of years. Back in the ’70s, the then Big 10 accounting firms got together and approached the government and said, "Hey guys, you know you need to keep your books the way a big corporation does. You’re the largest financial operator on earth." The government then, as well as today, operates on a cash basis with no accrual accounting and such. Yet, over a period of 30 years, the accountants and government put together generally accepted accounting principles, or GAAP, accounting for the federal government and introduced formal financial statements on that basis in 2002, which supplement the annual cash-based accounting.

If you look at those GAAP-based statements and include in the deficit the year-to-year change in the net present value of the unfunded liabilities for Social Security and Medicare, what you’ll find is that the annual operating shortfall is running between $4 and $5 trillion; not $500 billion as we saw before the crisis or the $1.4 trillion that they announced for fiscal 2009. Now to put that into perspective, if the government wanted to balance its deficit on a GAAP basis for a year, and it seized all personal income and corporate profits, taxing everything 100%, it would still be in deficit. It can’t raise taxes enough to contain this. On the other side, if it cut all government spending except for Social Security and Medicare, it still would be in deficit. With no political will to contain the spending, eventually the government meets its obligations by revving up the currency printing press.

TGR: With all this new paper money coming into the system, wouldn’t we see a bigger bubble than we’ve ever seen prior to a hyper-inflationary great depression?

JW: No, in fact, it’s a very unusual circumstance that we have now. Put yourself in Mr. Bernanke’s situation – he had to prevent a collapse of the banking system. He was afraid of a severe deflation as was seen in the Great Depression, when a lot of banks went out of business. The depositors lost funds and the money supply just collapsed. He wanted to prevent a collapse of the money supply and keep the depository institutions afloat. Generally, that has happened. The FDIC expanded its coverage and everything that had to be done to keep the system from imploding was done. The effects eventually will be inflationary.