Fed on the Ropes? Bernanke to Hold Press Conferences

The recent decision by Federal Reserve Chairman Ben Bernanke to begin holding press conferences may be one more indication of the increased influence of Representative Ron Paul (R-Texas). The Federal Reserve has long ignored the public and conducted its proceedings in cloister, but the Wall Street Journal reported April 21 that Bernanke will hold the Fed's first scheduled press conference ever after Wednesday April 27 Open Market Committee meeting.

The meeting will determine changes, if any, in Federal Reserve target interest rates and the fate of the "quantitative easing" program of the Federal Reserve to purchase some $600 billion in U.S. government debt securities by June. Most observers expect interest rates – currently set at historic lows, nearly zero – and the quantitative easing program to continue as scheduled. 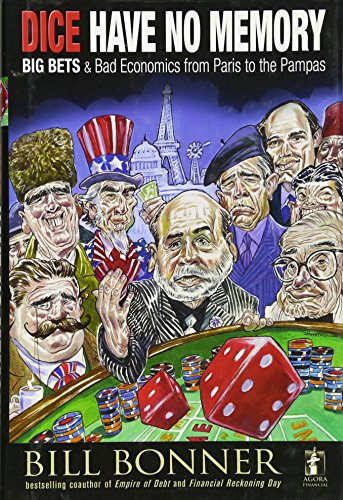 The decision to hold a press conference conflicts with nearly a century of Federal Reserve operational secrecy. "Twenty years ago," the Wall Street Journal reported April 21, "the central bank didn't even tell the public when it was changing interest rates. Well-paid Fed watchers on Wall Street had to read the tea leaves and figure it out for themselves. Mr. Bernanke's predecessor, Alan Greenspan, conducted one on-the-record television interview shortly before the 1987 stock-market crash and never did another."

As recently as 2009, Bernanke told then-Representative Alan Grayson (D-Florida) that he didn't know where some $500 billion in in Federal Reserve credit to foreign banks had gone, and that he would not reveal the information to congressional committees. But the press conference change is occurring just as polling numbers published by the Gallup track increasing distrust of the Federal Reserve's decisions among the American public. For the first time in recent memory, more Americans distrust the Federal Reserve Bank's decision-making than trust it.

This distrust is in part a result of the economic performance of the nation in recent years, but also must be partially chalked up to the persistent critique by Representative Ron Paul, the new Chairman of the House Monetary Policy Subcommittee. Paul has authored a best-selling book calling for abolition of the Fed, End the Fed, and has begun hearings that have exposed Federal Reserve policies that are responsible for the unprecedented rise in commodities prices in recent months.

Is God Green? The Real Opiate of the Masses