A Dash of Tyranny

Eighty years ago, the British colonial government of India imposed strict controls on the manufacturing and sale of salt, inspiring Gandhi and thousands of others to participate in the salt satyagraha. Now, it appears that salt has once again become an implement of control — this time, to be used by the American government against the people.

This article from the Washington Post, citing FDA sources who would only speak anonymously, claimed that the agency is considering a program to reduce the salt content of all processed foods in America. A report from the Institute of Medicine and a press release from the FDA confirmed the rumor. The FDA’s press release emphasized that while the agency has not yet begun to regulate the amount of salt in foods, it will "thoroughly review the recommendations of the IOM report" and make plans to "work with other federal agencies, public health and consumer groups, and the food industry to support the reduction of sodium levels in the food supply."

The Institute of Medicine report revealed more about the mechanisms of how the policy would be implemented: "the goal is to slowly, over time, reduce the sodium content of the food supply in a way that goes unnoticed by most consumers." A few months earlier, this article in the New England Journal of Medicine had promoted the idea of using government regulations to achieve population-wide reductions in dietary salt intake, claiming that such regulations would prevent thousands of heart attacks and strokes, which are caused by hypertension (high blood pressure), and would save up to 92,000 lives per year in the US.

It almost seems surreal that a government agency would begin to scrutinize the list of ingredients in every single food product in America and then "work with" — that is, force — their manufacturers to ensure that incrementally less salt was added to the foods over time. (What would this agency be called, the Department of HomeBland Security?) Yet, this is the reality with which we are faced. 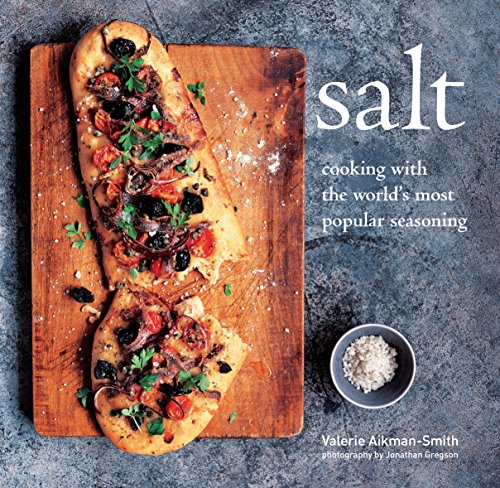 At the heart of my issue with the proposed salt regulations is the principle that each individual is the best one to decide how to live his or her own life. The logical extension of that principle is that each person should decide the contents of his plate — and that if we want to use our discretion to enjoy the occasional pastry, French fry, or foie gras, we must grant our neighbors that freedom as well, even if we don’t always agree with their decisions. It is an insult to basic human dignity for governments to declare that they are better off deciding what you and I eat, because we just can’t handle eating the right way by ourselves. After all, if you are what you eat, and someone else controls what you eat, what are you then?

Similarly, food companies should not be subjected to incrementally tightening regulations on how much salt they may add to their products. There are several good reasons why a producer would want to add salt to a food product — for instance, to act as a preservative, to enhance the flavor of the food, or to augment the texture. They have decided how much salt to add to their foods based on the signals that consumers send by voluntarily buying certain products. Government aims to contradict those market signals by force of law. Regulations on the salt content of foods will likely raise the price of all processed foods, make it more difficult for smaller, less entrenched companies to compete with large ones, and harm the quality and taste of the foods. Ultimately, the consumer will be the one who suffers. 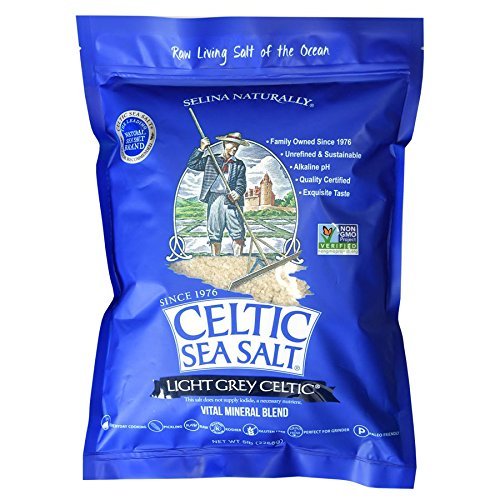 The idea of a sweeping, government-mandated reduction in the amount of sodium in foods is sufficiently offensive to me on principle that I would oppose it. However, it is also predicated on blanket generalizations and lacks rigorous data to support the notion that it would save lives. I would urge those who might support this measure on pragmatic grounds to consider the following: if this population-wide measure is ostensibly being implemented to prevent complications of hypertension (strokes and heart attacks), it is important to ask whether it would actually accomplish that goal and whether it would create unintended adverse consequences.

It is not known whether FDA regulations on the amount of sodium in foods would actually reduce salt consumption among Americans. It is conceivable to imagine that people might simply add salt to foods that they perceived as bland, negating any effects of the regulations on the actual amounts of salt that they consumed. 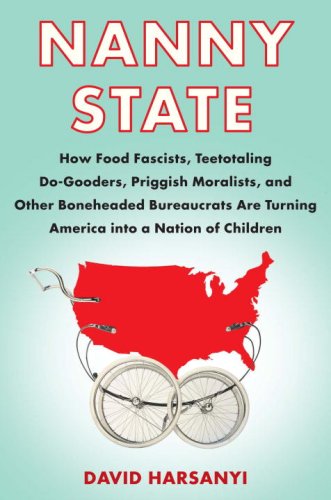 Another important question is that of what food manufacturers would do to compensate for the mandatory reductions in salt content. Flavor enhancers like monosodium glutamate (MSG) and sugars may very well replace the salt that will be regulated out of processed foods. Although "low-fat" wasn’t enforced by law (but was endorsed and recommended by government officials), we can look to the low-fat heyday of the 1990’s for clues about what will happen when salt is restricted by the government. Did eating low-fat products cause people in the US to lose weight? No. Manufacturers replaced fat with corn syrup and other sugars to make up for changes in taste and texture. Average sugar consumption rose dramatically among Americans. Type 2 diabetes and obesity have continued to increase in prevalence since the government recommended that we eat less fat.

There already exists an array of low- or reduced-sodium products — cheeses, soups, sauces, nuts, etc. — on the shelves of every grocery store in America. These products exist because some consumers prefer them; food purveyors know this. However, despite the fact that they exist, reduced salt products are not nearly as popular as their full-salt counterparts. These observations indicate that 1) most people don’t want to restrict their intake of sodium; and, 2) the demands of the salt-conscious consumers are already being voluntarily met by food companies. There isn’t really a problem here, especially not one that should be "fixed" by government. If, as the lackluster sales of low-salt products suggest, most people don’t want to restrict their salt intake, it’s especially nefarious of the government to force everyone to do so.

Assuming the government was actually able to achieve a population-wide reduction in salt consumption by regulating the amount of salt in processed foods, how would it affect people’s blood pressure, risk for heart attacks and strokes, and other aspects of their health? The only way to know would be to conduct a large randomized, controlled trial. Such a trial has never been done, therefore, there is no hard evidence to indicate how universal salt restriction would affect Americans. A certain amount of dietary sodium is required for life; cutting dietary sodium could be unnecessary or even harmful in some individuals. As Dr. Alderman points out in this article in JAMA, governments and medical panels have made blanket recommendations in the past — low-fat foods, margarine vs. butter, and postmenopausal hormone replacement, to name a few — which were based on insufficient evidence and turned out not to be beneficial for all individuals. There is similarly little evidence to suggest that forcefully restricting everyone’s salt intake would be a boon for society.

While the effects of a population-wide reduction in dietary sodium consumption cannot be known in advance, several studies have been conducted on participants, both with and without hypertension, who voluntarily restricted their salt intake (for instance, Saks et al., 2001 and others). These studies have shown that some people have significant reductions in their blood pressure when following a low-salt diet. Particularly likely to be "salt-sensitive" are elderly, black, and hypertensive patients. However, some others, particularly non-hypertensive individuals, show almost no response to salt restriction (for more references, see Weinberger, 1996, Midgley et al., 1996, and others). In fact, the majority of people show very little variation in blood pressure in response to varied salt intakes. Therefore, blanket reductions in salt content of foods would subject the entire population to worse-tasting foods, possibly benefiting a relatively small segment of people while subjecting the rest to unknown effects.

In the NEJM analysis, researchers predicted the benefit that different subgroups of Americans would get from reducing their sodium intake by 3 g/day. Their predictions indicated that non-hypertensive, non-black individuals younger than 65 years would get virtually no benefit from cutting their salt intake. These individuals were predicted to get a reduction of approximately 2—3 mmHg in their systolic blood pressure (the "120" in "120/80") — and they would need to eliminate 3 g/day of salt from their diets (from an average of 10.4—7.3 g/day). To put this number in perspective, 2—3 mmHg is within the range of error of repeat blood pressure measurements, and would be considered clinically insignificant in terms of affecting risk for stroke and heart attack. It seems very unlikely to me that anyone would find this trade-off worthwhile. It goes without saying that the decision about how much salt they’d like to eat should be left to them.

The group that was predicted to benefit most from salt restriction, black people with hypertension, would purportedly get a 5—9 mmHg decrease in systolic blood pressure from cutting their salt intake by 3 grams a day. That may be a slightly more clinically significant reduction, but it doesn’t change the fact that these individuals are the best ones to decide how much salt they should consume. It should also be noted that dietary salt reduction is not the only way to reduce one’s blood pressure — exercise, stress-relieving activities such as meditation, and drugs can all act alone or in combination to achieve lower blood pressure in someone who is concerned about the negative effects of hypertension. Neither hypertensive patients nor anyone else should be forced to endure bland-tasting food because government officials deem that it’s for their own good. Whether they are pushing for salt reductions in all processed foods, advocating for circumcision of all baby boys, promoting universal flu vaccination, banning trans-fats, or agitating for soda and candy taxes, those who want to control what you do with your body are incapable of seeing people as individuals. They view each person as part of a collective herd which must be forcefully made to behave for its own good. They see you as incapable of deciding for yourself the right way to live. Health professionals have a role in educating their patients about healthy lifestyles in a caring and compassionate way. As important as education and persuasion may be, however, it is not our role — nor is it the role of the state — to force patients to behave in a certain way.

I believe that many of those who would use the government to control your health decisions think they are doing good. After all, who wouldn’t want to save lives and prevent diseases? Unfortunately, authoritarian "public health" measures often fail to achieve their objectives of saving lives and improving health, and create negative unintended consequences. Even if they actually did save lives, at what cost would they do so? It would always be at the cost of restricting individuals’ freedom of choice, and that leaves a very bitter taste in my mouth.

Previous article by Stephanie Murphy: Obama Wants To Circumcise You

Immigration: Who Should Be in Charge?Modern Civilization: This Sucker Is Going Down