Assassination: A History of Political Murder

Like kissing babies on the election trail, assassination is a political tactic that does not go out of fashion, as Lindsay Porter’s intriguing book makes clear. It surveys political murder from antiquity to the present, and seeks to understand assassination as not only a political but also a cultural act. 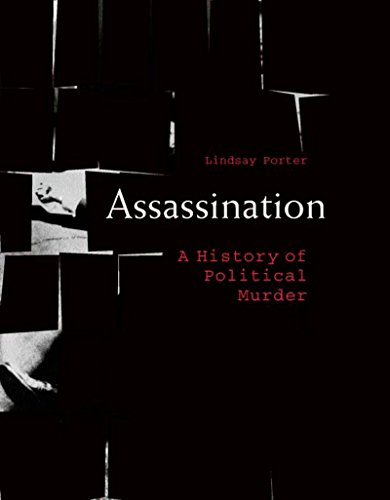 Starting with the murder of Julius Caesar in 44BC, Porter focuses on eight assassinations (including those of Thomas Becket, Franz Ferdinand, Emiliano Zapata and Pancho Villa, and JFK) and, through them, themes ranging from Plutarchian justifiable tyrannicide and religious and political skulduggery to nationalism tainted with anarchism, lone gunmen and assassination as foreign policy.

Full of secret societies, conspiracies, idealism and madness, at times the book defies belief. Yes, the CIA really contemplated killing Castro with an exploding cigar; little wonder that assassination has given rise to so many unforgettable images and myths. In Porter’s telling, assassination is slippery and mutable: the deed always escapes the assassin’s attempts to define its meaning. Brutus, she points out, was relegated by Dante to the last circle of hell with Judas and Satan, yet was later rehabilitated, notably by Shakespeare. Becket was for centuries a beloved martyr before his shrine was destroyed by Henry VIII. The most telling story, however, is of Jean-Paul Marat’s assassin, Charlotte Corday, whose executioner was jailed for slapping the cheek of her newly guillotined head. In killing her, the court deplored Marat’s death; in sentencing the executioner, it was perversely recognising the purity of her act. There is a fine line between abhorrence and respect.