Let’s be clear about something. A person who decides to give up his US citizenship is not guilty of disloyalty to America; quite the opposite. He could very well be more loyal to American principles than the regime is willing to tolerate.

In any case, the rise of emigration, expatriation, and citizenship renunciation is a trend that is not going away. It is rising and will get more significant. In some ways, it is completely expected. When regimes over-control, over-tax, over-regulate, they gnaw at the innate sense of the right to be free. When this gets worse and worse, people tend to look around for better environments.

We’ve all known people who talk about it openly. It is becoming cocktail conversation, the once-unthinkable now standard fare. It’s not just an impression. State Department records show that 502 people gave up citizenship in just the last quarter of 2009. That is more than twice the total for 2008. That might not seem like a lot but what stands out here is the trend line, which is soaring. I also hear reports of year-long bureaucratic delays in approval, and, of course, plenty of people leave without permission.

The driving factors here are not cultural or social; they are economic. The US government is making it ever more difficult for Americans living abroad, taxing them wherever the bureaucrats can find them. The government makes it very difficult even to hold a bank account in the US unless the account holder can point to a US residency (thanks to the Patriot Act). And when the government finds a reporting error on income earned overseas, it can charge a 50% penalty.

Even when a person gives up US citizenship, and establishes citizenship with a freer country, the US government can still haunt him with continuing tax obligations and demands for military service. There is, at the least, a vast exit penalty. Any regime that would do things like this inspires people to want to stay at arm’s length.

Far more frightening is the sense that financial calamity is around the corner. A look at the data seems to suggest that. Vast reserves are sitting in the banking system, waiting to be unleashed to create what could be total destruction of the dollar. The deficit is rising so fast that it is hard to chart.

The jobs situation is terrible, especially for young people (and adults often make decisions based on what is best for their kids’ future). Personal income is falling and falling. Investment is not recovering after its cliff dive in 2009. The social welfare state is broke. Private debt is rising even though lending has not restarted.

The policies of the fiscal and monetary authorities are absolutely terrifying. The Fed is keeping rates at zero. The government is spending and spending beyond belief. Tax receipts are falling as never before, unleashing the greedy hand of the predator state to extract every last dime. 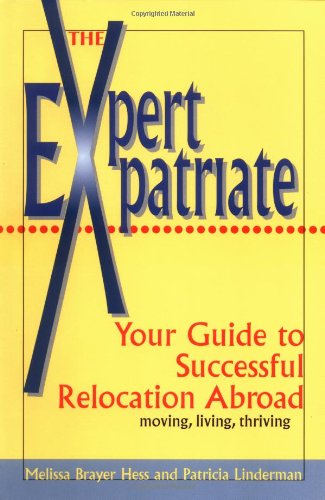 And look at what the US congress and president are doing about this terrible mess: they are working to socialize health care, start a war with Iran, impose tariffs on China, and otherwise tax, regulate, inflate, and control more more more. An economy that is heavily capitalized and driven by the entrepreneurial spirit can stand a surprising amount of abuse. But that reserve capital is being drained away into new bubbles, and the entrepreneurial spirit is being crushed at every turn.

Based on all these facts, the sense of impending doom is hard to avoid. And consider that most people are thinking only about today, this month, and this year. But among the rich and entrepreneurial we find a class of people who specialize in thinking outside the box, and for the very long term. It is among the ranks of these people that we are seeing the renunciation trend take hold. The smart money is giving up on the US political system.

What precisely is a person actually giving up when he walks into a US consulate and signs the renunciation oath? The right to vote? Yes, but just how much value are we supposed to place on the right to choose between dumb and dumber, and to have your vote cancelled out by the guy behind you in the line? No living person has ever swung a significant election. It is hardly a surprise that people put so little value on going through the motions of democracy.

There is much to give up in a cultural and social sense. It is not a decision to be made with a light heart. It is final and scary for that reason. What compels many people to do it now rather than wait is the sense that at some point, it might not be possible to renounce citizenship. As the controls grow ever tighter, so will the regulations on those who try to escape. Every socialist and fascist regime in history has put up walls to prevent flight by people and capital. This is why people and capital are flying now, while they still can. In so doing, they are inspired by the writings of the American revolutionaries. The difference is that they have decided that living in the land of the free and the home of the brave means not being a slave of the US government.

The way to stop the brain and capital drain is readily at hand. Relinquish controls. Stop taxing people abroad. Adopt laissez-faire. Reinstitute freedom. Reject militarism and nationalism. Only that path will inspire optimism in the future of this country. Until that happens, we can expect this trend to continue, and to advise the young and successful families who ask us, to get out while the getting is good.

Don't Call Obama a Socialist Bring All the Troops Home