In the years since the end of its civil war in 1992, El Salvador has developed an amazingly vibrant economy. There is good reason for this and Peruvian economist Alvaro Vargas Llosa describes the situation perfectly. In El Salvador people are "desperate to own and trade goods and services." Salvadorans are hard working and friendly people and here individuals from all walks of life are busy trying to get ahead. Most seem weary of politics and wish to move beyond the troubled past. El Salvador really has two economies, especially in the capital, San Salvador. One economy features upscale shopping malls and exclusive beach hotels. The other exists on the streets of the city. Despite the pressures of a worldwide economic downturn, people in both sectors are making heroic efforts in the pursuit of free enterprise.

San Salvador has a dynamic business community. One trip down the street that bisects the city's central shopping district, known locally as El Paseo, is proof of this phenomenon. The street is lined with restaurants, nightclubs, shopping centers, home stores, supermarkets, and shops of every description. The cornerstone of El Paseo is the Gallerias Mall, a rectangular three-story shopping center actually constructed around a historic house. The Gallerias food court is an international dining experience. One can feast on sushi or McDonalds, tacos or Pizza Hut. The shopping center caters to an endless stream of customers seeking luxury goods and the best coffee in the world.

A mile or two from the city center are three large shopping malls. The first, Las Cascadas, has a store so much like a Wal-Mart that it is actually now owned by Wal-Mart. The place is crowded with customers, day and night, seven days a week. Best of all, every line, more than twenty in all, is open, cashiers at the ready. Retired people bag your groceries. Printed on the backs of their shirts is this motto: "I am here to serve you." Another mall, La Gran Via, is a luxury goods haven with a vast plaza, fancy clothing and shoe stores, an ultra-modern cineplex, and such well-known chain restaurants as Bennigan's and Benihana. A third, Multiplaza, is a three-story architectural marvel. Its soaring atrium has escalators large enough to accommodate grocery store shopping carts. Multiplaza is anchored by high-quality department stores and has countless specialty stores, bars, coffee shops, restaurants, cell phone kiosks, pharmacies, and a first-rate supermarket. All three of these malls have multi-level underground parking garages that feature hand car washing while you shop. 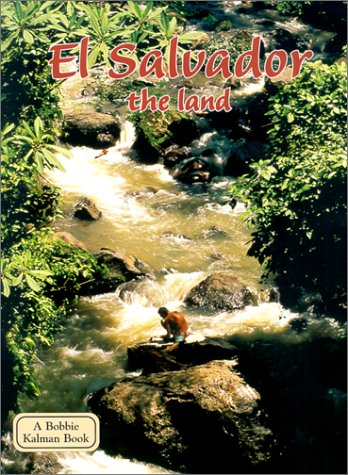 Since entrepreneurs here can pretty much locate a business wherever they please, these malls are all located next to one another along the Pan-American Highway, the major artery that bisects El Salvador. As one could imagine, this proximity caused a traffic nightmare. Not content with the state's timetable on traffic improvements, the mall owners themselves paid for an ingenious series of bridges and overpasses that relieved the congestion. State highway workers performed the actual construction but it was a round-the-clock operation that could have taken years to finish without private intervention.

Outside of San Salvador are factories where workers sew garments from pieces shipped in from the United States and elsewhere. El Salvador is ideal for this type of manufacturing. San Salvador is just a three-hour flight from Atlanta. In addition, the country has a willing labor force and the latest technology. El Salvador can thus compete with China on the basis of turnaround time. New orders can be processed and shipped in a matter of weeks, not months in the case of China. This is highly important in the ever-changing garment industry. El Salvador's textile factories have also fueled additional development. The suburban town of Lourdes, ten miles from the capital, is a manufacturing hub. Lourdes has experienced an explosion of related construction — shopping centers, apartment complexes, supermarkets, gas stations, movie theaters, and hundreds of new moderately-priced single-family residences. The area is so busy that traffic often slows to a crawl on the "Carratera Panamericana."

Another vital aspect of El Salvador's current economy is tourism. It has been a tough sell, given the years of civil war and bad press (or NO press), but this is beginning to change. For example, the country's beaches are becoming ever more popular as destination spots and are engines of economic activity. Posh restaurants overlook breathtaking Pacific Ocean views. New "all-inclusive" beachfront hotels have the most modern facilities and, better still, provide thousands of jobs for Salvadorans. The coastal area is gorgeous year round and cries out for more development. This is already evident on the main highway to the port of La Libertad, the hub of El Salvador's beach scene just forty-five minutes from the capital. There are lots for sale and houses are going up. On either side of La Libertad's main drag are mom-and-pop surfboard shops, "surfer-friendly" motels, and internet cafs. El Salvador's near-constant "break" has become the best-kept secret in the international surfing community and the beach is less than an hour away from the international airport. Needless to say, the La Libertad area is famed for its high-quality fresh seafood.

The "informal" economy is equally dynamic. Vendors are endlessly on the make in San Salvador. Talk about human action! The city center is literally jammed with "informales" selling all manner of goods, giving the historic part of a town a jostling, casbah-like feel. Men and women sell flowers, cigarettes, fruit, pirated DVDs, lottery tickets, newspapers, car parts, flags and maps of El Salvador, clothing, even furniture and household appliances. Services include shoe repairs, barber shops, nail salons, and sidewalk clothing alterations. In the "centro," dealers offer a wide array of inexpensive goods and services in an area near major bus terminals. These vendors are convenient for a multitude of people streaming into the capital city from all parts of El Salvador.

In every neighborhood, men hawk fresh bread from bicycles with oversized baskets. The same goes for ice cream, sold from pushcarts and announced by the gentle tinkling of a bell. Add to this the makeshift stands where women set up propane tanks and griddles near bus stops and construction sites to sell "pupusas." The pupusa is the national staple, invariably described in the guidebooks as "a small tortilla stuffed with beans and cheese." This description does not do justice to the pupusa. It is a delicacy that is, in itself, a reason to live in El Salvador.

San Salvador's street vendors are highly resourceful and creative. Merchandise varies according to the season. During one rare cold snap, hawkers appeared with sweaters, stocking caps, and blankets. They found numerous customers at the bus stop on Redondel Masferrer, a busy traffic circle at the top of El Paseo. Around Independence Day, El Salvador flags are available at every street corner. Similarly, whenever the national soccer team plays a match cheap knock-offs of the official team jersey appear as if by magic. Near Mothers' Day one can find roses of every variety. For the "Day of the Cross," vendors will sell you not only a small hand-made wooden cross, but all the paper decorations needed for traditional backyard displays. Some street entrepreneurs are superb entertainers. Jugglers, clowns, and mimes appear regularly at an intersection in San Benito, a residential neighborhood a mile or so from the city center. One man does a fire-eating act – while standing on five-foot stilts. He has an assistant to collect the spare change from passing motorists.

Another aspect of the Salvadoran scene is the painted wooden bric-a-brac known locally as "artesenia." These Salvadoran knickknacks are good business and their production is an object lesson in free enterprise. There is an artesenia shop in every market and in all the ritzy malls. The undisputed king of artesenia is Fernando Llort (pronounced "Yort"), who started an artist colony in the northern town of La Palma. His operation, though simple, has been a huge success. Llort creates the original designs and his employees mass produce the items for sale. His designs have been adopted as the semi-official symbols of El Salvador and even adorn the façade of the national cathedral. In addition to his artesenia operation, Llort maintains "El Arbol el Dios," a high-end art gallery with a brand new location in the posh section of San Salvador. There one can find his original paintings and drawings, some of which fetch thousands of dollars. A multitude of other styles of artesenia is available. One can go the backpacker route at the Artesenia Market near San Benito and haggle with assorted vendors. But why bother when one can find the same merchandise at the same price at an air-conditioned shopping mall?

Artesenia quality varies, beauty clearly being in the eye of the beholder, but most is fairly inexpensive and make great gifts for the folks back home. One thing of real beauty, however, is Salvadoran entrepreneurship. Visit El Salvador. Enjoy its beautiful beaches and mountain scenery. Go to the shopping malls and take a drive down El Paseo. Above all, witness the true beauty of an almost forgotten art, that of the country's people and their keen efforts to get ahead.

The Best of James Dunlap

Modern Civilization: This Sucker Is Going DownGOP Dark Horse Dreams: Can Someone Pull a Goldwater?