A Tale of Carriers

I wonder whether Americans realize that they have a Vienna-sausage military at filet-mignon prices. The sorry performance in recent wars is just one example of the ongoing rot, but the whole enterprise has become unbalanced, aimed at fighting the kinds of enemies we don’t have instead of the ones we have recently chosen to make.

The Navy is a fine example. The carrier battle group, the heart of the Navy, is a hugely expensive way to get relatively few combat aircraft to a remote place. It is a relic of World War II, for which it was well suited. Since it was then fighting similar battle groups, the strengths and weaknesses were more or less matched.

But the Navy has not fought a war for sixty years, certainly not one it needed to win, and it shows. Today’s battle groups, CVBGs as we say, are almost indistinguishable from those of 1945, except for the upgrading of weapons. Instead of five-inch-thirty-eights, we have Standard missiles. Instead of F4F Hellcats, the F-18 Hornet. Yet the carrier is still the Mother Ship, protected by screens of cruisers and destroyers, with interceptors flying CAP. The problem is that the enemy has changed.

Bear in mind that a great many countries fear attack by the United States, among them such trivial nations as Russia, China, and Iran. None of these has the money to build carrier groups to oppose those of the Navy.

All of these have thought about cheap ways to overcome the US behemoth. Four solutions soon came to hand: 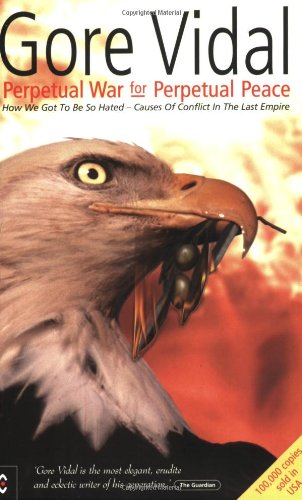 Any military buff knows that the Navy cannot defend itself against these. It says it can. It has to say it can. In fleet exercises against submarines, the subs always win — easily. The Pentagon has been trying to invent defenses against ballistic missiles since the days of Reagan (remember Star Wars?) with miserable results. If you have close friends in the Navy, ask them over a few beers what scares the bejesus out of them. Easy: Swarms of fast, stealthy, sea-skimming cruise missiles with multi-mode terminal guidance.

Add to the brew that today’s ships are fragile, based on the assumption that they will never be hit. Go aboard a WWII battleship like the Iowa, BB-61 (I have) and you will find sixteen-inch belt armor and turrets designed to withstand an asteroid strike. Now go aboard a Tico-class Aegis boat (I have). You will find an electronic marvel with big screens in a darkened CIC and an amazing SPY-1 phased-array radar that one burst of shrapnel would take out of commission for many months.

Now note that cruise missiles have ranges in the hundreds of miles. Think: Persian Gulf. A cruise missile can be boxed and mounted on a truck, a fast launch, or a tramp steamer. The Chinese ballistic missile has a range of 1200 miles, enough to keep carriers out of aircraft range of Taiwan. I wonder whether the Chinese have thought of that?

In short the day of surface navies seems to be coming to a close, at least as strategically decisive forces. So does the day of the manned fighter as Predator-style “drones” improve.

What happens now? Nothing — for the moment.

To understand the problem, assume for the moment that the Navy knew beyond doubt, and openly admitted in internal discussion, that it could not protect its surface ships from modern anti-ship missiles. What would it do? What could it do?

Nothing. Why? Because, apart from the missile submarines, which have no role in combat, the Navy is the surface fleet. Many, many billions of dollars are invested in carriers and careers, in escorts for carriers, in countless men trained to run them. Mothball the carriers, and the Navy becomes a few troop ships useful for unopposed landings. Maintaining a large fleet only to support the Pentagon’s preferred role of massacring half-armed peasants would just be too costly.

So: Does the Navy say to Congress, “We really aren’t of much use any longer. We suggest that you scrap the ships and put the money into something else”? Mankind doesn’t work that way. The appeals of tradition, ego, and just plain fun run high. (Never underestimate the importance of ego and fun in military policy.) A CVBG is a magnificent thing, just not very useful. The glamor of night flight ops, planes trapping ker-whang!, engines howling at full mil, thirty knots of wind over the flight deck, cat shots throwing fighters into the air — this stuff appeals powerfully to something deep in the male head. The Navy isn’t going to give this up.

Thus it can’t admit that its day comes to a close, whether it knows it, suspects it, or refuses to think about it. The carrier is forever. Unless one gets sunk.

Which (I suspect) is unlikely, because the admirals won’t risk the test. I don’t know what Iran has but, if a shoot-out came, and half a dozen ships appeared on international television smoking and listing with large holes in them, that would be the end of the Navy’s credibility. Remember what happened when an Iraqi fighter hit the USS Stark with two French Exocet missiles: The missiles worked perfectly, and the Stark’s multitudinous and sophisticated defenses failed utterly. The Navy produced all manner of face-saving explanations.

Predictably, the military contractors will offer sure-fire extremely expensive defenses, things like directed-energy, that will develop more slowly than missiles and experience massive cost overruns, which is what weapons are for. John Paul Jones, slave-trader turned naval hero, once said that he meant to go in harm’s way. Today’s Navy will stay farther and farther out of harm’s way, which will be wise of it, and become an immensely pricey collection of symbolic iron yachts.

So what is the cavalry doing as it eyes machine guns and barbed wire? Buying a better horse. The Navy wants the Ford class (CVN 78) super-carrier, which I think might better be named the USS Thundertrinket. What will it do that the current Nimitz-class carriers don’t? Cost more (eight billion for the first copy, plus five billion R&D. A bargain.) To the uninitiated, that may seem a lot for a high-tech crossbow, but it will put lots of jobs in Norfolk, Virginia, and send money to military contractors. Good thing the US has a robust economy.

You can put mayonnaise on a Vienna sausage and eat it, but not on an aircraft carrier.

Avoiding the Lions and the Crocs Corrupt From Top to Bottom