The Case for Impeachment of President Barack Obama

Recently by David Lindorff: Turkey in Afghanistan: Obama Sneaks into Kabul to Beg Karzai to Clean Up HisAct

Back in 2005–06, I wrote a book, The Case for Impeachment, in which I made the argument that President George W. Bush and Vice President Dick Cheney, as well as other key figures in the Bush/Cheney administration – Secretary of State Condoleezza Rice, Defense Secretary Donald Rumsfeld, and Attorney General Alberto Gonzales – should be impeached for war crimes, as well as crimes against the Constitution of the United States.

These days, when I mention the book’s title, people sometimes ask, half in jest, whether I’m referring to the current president, Barack Obama.

Sadly, it is time to say, just 14 months into the current term of this new president, that yes, this president, and some of his subordinates, are also guilty of impeachable crimes – including many of the same ones committed by Bush and Cheney.

Let’s start with the war in Afghanistan, which Obama has taken full ownership of with an escalation that will bring the number of US troops in that country (not counting mercenaries hired by the Pentagon and CIA) to 100,000 by this August.

The president has authorized the use of Predator drone aircraft for a program of bombing conducted against Pakistan which has illegally expanded the Afghan War into another country without any authorization from Congress. These pilotless drones are known to kill far more innocent bystanders than enemy targets, making them fundamentally illegal on principle as weapons. Furthermore, this wave of attacks in Pakistan is a war of aggression against another nation if the word “war” is to have any meaning at all, and as such it is illegal under the UN Charter. Indeed initiating a war of aggression against a country which does not pose an immediate threat to the invader is described in the Charter and in the Nuremberg Tribunal Charter as the gravest of all war crimes. 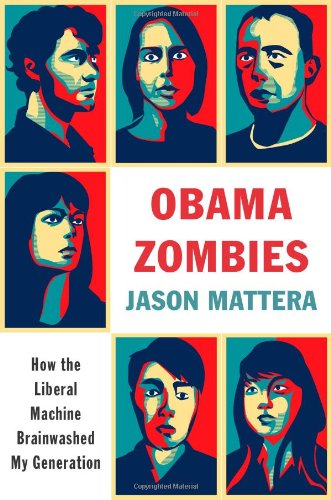 The president, as commander in chief, has also, in collusion with Attorney Eric Holder, blocked any prosecution of those who authorized and perpetrated torture against captives in the War in Iraq, the War in Afghanistan, and the so-called War on Terror – notably Federal Appeals Court Judge Jay Baybee, and Berkeley Law Professor John Yoo, who as Justice Department attorneys authored the legal briefs justifying torture – and has in fact continued to permit the application of torture against captives. All of this is in clear violation of the Geneva Conventions, which as a signed set of treaties, are part of the law of the United States. Under those treaties, failure on the part of those up the chain of command to halt or to punish those who commit torture are themselves guilty of the crime of torture.

As commander in chief, President Obama has also overseen a strategy in Afghanistan of expanded attacks on civilians in Afghanistan. As in Iraq under the Bush administration, this current phase of the war in Afghanistan is seeing more civilians killed than enemy combatants, because of the widespread use of weapons like helicopter gunships, aerial bombardment, fragmentation bombs, etc., as well as a tactic of night raids on housing compounds where insurgents are suspected of hiding – raids that frequently lead to the deaths of many women and children and innocent men. It is significant that even the recent execution-style slaying of nine students, aged 11–18, by US-led forces, has not led to an investigation or prosecution of a individual. Rather, the incident is being covered up and ignored, with the clear acquiescence of the White House and the leadership at the Pentagon.

It is also widely believed that under the command of Gen. Stanley McChrystal, who is known to have directed a large-scale death-squad operation in Iraq before moving to his current position, a similar death-squad campaign of assassination is being conducted now in Afghanistan – a campaign that like the notorious Phoenix Program in the 1960s in Vietnam, is almost certainly resulting in the deaths of many innocent Afghans.

Lies for War and Empire No Bang for the Keynesian Buck