Career Opportunities in the Torture State

Astonished and terrified by an unexpected reversal of fortune, three thugs formerly employed by the Gotham City crime boss Gambol suddenly find themselves kneeling on the floor with guns pressed to their heads.

The lifeless body of their erstwhile employer is a bloody heap at the feet of his murderer, a leering, disfigured sliver of psychosis calling himself the Joker. Just minutes earlier, Joker had been the subject of murder contract issued by Gambol; now he was prepared to absorb the best and most ruthless elements of mobster’s outfit into his own criminal enterprise.

“Our operation is small,” Joker explains distractedly as he grabs a cue stick from a pool table and examines it. “There’s a lot of potential for aggressive expansion. So, which of you fine gentlemen would like to join our team?”

“Oh — and there’s only one spot open right now,” Joker continues, “so we’re going to have … tryouts.”

With this, Joker breaks the pool cue over his knee, fashioning one half of it into a large, hardened wooden spike. Tossing the murder implement in front of the three kneeling, desperate henchmen, Joker indifferently instructs them: “Make it fast.”

Joker’s incentive structure isn’t that different from the one employed by the Regime ruling us. There’s great potential for expansion; positions are lucrative, but limited in number; the selection process favors those unhindered by moral compunctions about the criminal exercise of lethal violence, albeit generally directed against innocent strangers rather than former or present colleagues.

Eight years ago, three insignificant, position-seeking henchmen in the Bush administration were handed the equivalent of the Joker’s improvised punji stick. The White House, at the initiative of Vice President Cheney, had secretly ordered the use of torture against suspected terrorists and other detainees, and it was prepared to reward Justice Department attorneys who could swaddle that criminal enterprise in a suitable cloak of pseudo-legal sophistry.

In this the Bush junta displayed a trait is shared with Josef Stalin’s regime, which fastidiously preserved the pretense of legality even as it carried out torture and mass murder. It was the Bush administration’s position that the Authorization for Use of Military Force, enacted by a panicked Congress immediately following 9-11, authorized the president to do pretty much whatever he wanted to anyone anywhere. But institutionalizing torture — a policy that would involve serial violations of several laws (including federal statutes, military regulations, the Eighth Amendment to the U.S. Constitution, and various international accords) — would require at least a pretense of legal justification.

In January 2002, Alberto Gonzalez, whose title was Attorney General but whose actual function was consigliere to the Bush-Cheney criminal syndicate, wrote a memo grandly proclaiming that the “new paradigm” of war renders “obsolete” and “quaint” previous legal restrictions on the abuse of detainees. Gonzalez then gave the Justice Department’s Office of Legal Counsel (OLC) the task of retrofitting a rationale into the existing policy.

As Judge Andrew Napolitano points out in his invaluable new book Lies The Government Told You, the OLC “operates as the ‘constitutional conscience’ of the Justice Department. Its job is to exercise independent, objective judgment to make sure the president and the executive branch are working within the law…. OLC lawyers are not private attorneys who put forth their clients’ best argument in an adversarial setting. No judge or jury reviews the OLC’s opinions. Rather, the OLC is supposed to work as a check on the executive branch, representing a line of defense against unlawful executive activity.”

This description assumes something that Judge Napolitano agrees isn’t substantiated by the available evidence — namely, that officials employed at the OLC would act on behalf of the Constitution, rather than in the interests of their own ambitions.

Jay Bybee, assistant attorney general for the OLC, had made it clear to Gonzalez that he wanted to be a federal judge. A Washington Post profile of Bybee notes that Gonzalez, who dangled before Bybee the prospect of an appointment to the Ninth Circuit Court of Appeals, asked if he would “be willing to take a position at the OLC first” (emphasis added).

In light of what Bybee would later describe as severe pressure to produce a pro-torture brief for the White House, that reported conversation is compelling evidence of a corrupt quid-pro-quo. Gonzalez’s meaning couldn’t have been clearer if he had thrown Bybee a sharpened stake and told him to “make it quick.”

John Yoo, the subordinate who did most of the scut work in composing the memoranda signed by Bybee, had his own ambitions. As Harper’s legal analyst Scott Horton points out, Yoo “clearly aspired to become Bybee’s successor.”

The title of assistant attorney general, while all but unknown to the public, “is a marquee position usually opening doors to partnership at major law firms, judgeships, or still higher government offices,” Horton writes. “Yoo was open about his goals, and he mobilized major resources to obtain them — including his ‘clients,’ [vice presidential chief of staff] David Addington and Dick Cheney.”

At this point it’s important to recall Judge Napolitano’s point that the OLC is supposed to restrain executive power, rather than to facilitate corrupt exercise of the same. Yet Yoo — as he has subsequently admitted — composed legal briefs that served the interest of his superiors (and his own ambitions), rather than designed to state clearly what the law permitted them to do.

Three years later, as the Bush regime continued to refine its rationales for torture, the OLC was under the direction of Steven G. Bradbury, who was given the title of “acting” assistant attorney general. He wasn’t formally confirmed to that position — which was the object of Yoo’s incontinent desires — until July 2005. There is primary source evidence that his formal nomination was withheld as a way to extract a pro-torture brief the White House would find satisfactory. 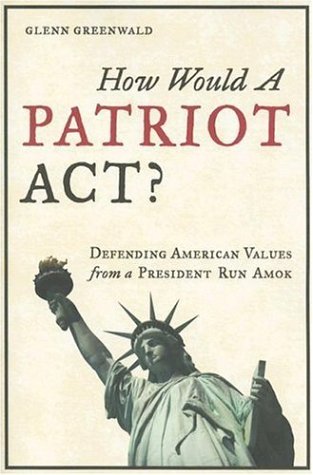 “The AG [Attorney General] explained that he was under great pressure from the Vice President to complete both memos,” wrote Comey, who observed in a parenthetical comment that “Steve [Bradbury] was getting similar pressure from Harriet Miers and David Addington to produce the opinions…. [I] have previously expressed my worry that having Steve as ‘Acting’ — and wanting the job — would make him susceptible to just this kind of pressure….” (Emphasis added.)

Comey’s concerns were justified, given that “almost immediately after Bradbury produced the [pro-torture] memo, the White House okayed his name going forward for the appointment as an assistant attorney general,” writes Horton.

“The evidence therefore supports the case for a quid pro quo scheme in which Bybee, Yoo, and Bradbury were offered powerful government preferments (in Bybee’s case, a life-time judgeship) in exchange for rendering the opinions,” Horton continues.

Corruption of this kind has been prosecuted by the Justice Department’s Public Integrity Section on numerous occasions. Despite the fact that Yoo never got the position he desired, both he and Bradbury could — and probably should — be prosecuted under bribery statutes. Furthermore, bribery is specifically listed in Article II, section 4 of the U.S. Constitution as an impeachable offense.

In crafting a legal framework to institutionalize torture, “the OLC under Jay Bybee took the advice of those who asked for its advice,” Judge Napolitano summarizes. That is to say, Bybee and Yoo — as Bradbury would later do — ratified an illegal policy, thereby corruptly exercising public power in anticipation of personal benefit.

For the purpose of criminal prosecution it doesn’t matter that Yoo’s desires weren’t consummated. Nor does it matter that the desired payoff for Yoo consisted of a relatively obscure but powerful government job, rather than cash, sexual favors, or some other vulgar emolument.

Their willingness to prostitute themselves by institutionalizing torture brings to mind the disgusted astonishment exhibited by the dramatized Thomas More as he learns of the price Richard Rich placed on the perjury that eventually cost More his head: “Why, Richard, it profits a man nothing to give his soul for the world — but for Wales?”

The Obama administration, as the principled and vigilant Glenn Greenwald tirelessly documents, has distinguished itself by its lack of zeal to investigate Yoo, Bradbury, and others implicated in the Bush administration’s war crimes. Although he’s much more low-key in his approach, the urbane and erudite Obama is just as devoted to the advancement of Fhrerprinzip (the Leader Principle) as was his crude and cretinous predecessor.

Bybee’s new career as a life-tenured federal judge has already yielded a ruling that eviscerates what remained of the Fourth Amendment. Yoo has managed to parlay his crimes against the Constitution and human decency into something akin to celebrity status.

For the post-Cheney conservative movement, the practice of torture is the summum bonum of good government.

The distaff spawn of Cheney’s loins is building a presidential campaign devoted to endless war, unlimited presidential power, and the detention and torture of anyone whom the “Commander-in-Chief” selects for such treatment.

Doubtless right now there are legal scholars and other potential office-seekers staying warm in think-tank warrens and media sinecures, eagerly awaiting the opportunities that would come should Cheneyite conservatism be re-enthroned in 2013 and the Torture State inaugurate another phase of aggressive expansion.

Eat Like a Modern Caveman Wrong Side of the Border