The Constitution Does Not Protect Our Property

The U.S. Constitution is widely believed to have been written to limit the powers of the federal government and protect the rights of its citizens. Inexplicably, this belief is held even by those who acknowledge that the constitutional convention was called for the express purpose of expanding the powers of the federal government, supposedly because the government under the Articles of Confederation was too weak. That this was the purpose of the convention is not a disputed fact. Nevertheless, most people who care at all about the Constitution continue to believe and promote the “Constitution as protector of rights” myth.

To the extent that the Constitution enumerates certain powers for the federal government, with all other powers assumed to be excluded, it does set some limits on government. When one includes the first ten amendments of the Constitution, it also protects certain rights. Indeed, the ninth amendment makes the very important point that the specific protections of certain rights does not in any way deny the existence of others, while the tenth amendment makes explicit the implied limitation to enumerated powers in the Constitution itself. At first glance, the so-called “Bill of Rights” seems to confine government power within an airtight bottle, rendering it incapable of becoming a violator of rights instead of protector of them.

However, this theory does not hold up well under closer examination. To begin with, the Constitution itself does not protect a single right other than habeas corpus, and that comes with a built-in exception. What the Constitution does do is grant powers, and not just to a representative body, as the Articles of Confederation did, but to three separate branches. That leaves it up to the Bill of Rights to serve the purpose of protecting our rights. Generally, those ten amendments protect our rights under extraordinary circumstances, but not under ordinary circumstances. More specifically, the Bill of Rights provides protections for the individual during situations of direct conflict with the federal government, such as when one is accused or convicted of a crime, when one is sued, on the occasion of troops being stationed in residential areas, or when one speaks out against the government or petitions it for redress of grievances. 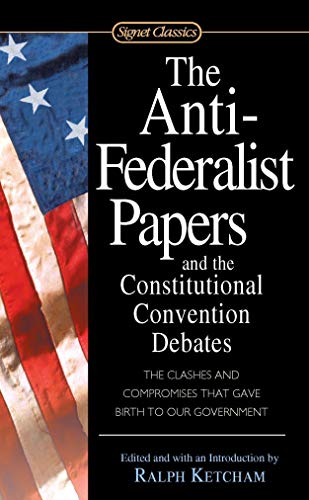 Make no mistake, these protections are vital and have provided protections for the people against government abuse of power many times in U.S. history. However, they have proven ineffective against the slow, deliberate growth of government power under ordinary circumstances, when the specific conditions described in those amendments do not exist. This is primarily due to the absence of protection, either in the Constitution or in any subsequent amendment, of the most important right of all: property.

By “property,” I do not mean exclusively or even primarily land ownership, although land ownership is one form of property. By “property,” I mean all that an individual rightfully owns, including his mind, body, labor, and the fruits of his labor. It is specifically the right to the fruits of one’s labor that the Constitution fails entirely to protect. In fact, it makes no attempt to do so whatsoever.

The document does grant the federal government the power to tax “to pay the Debts and provide for the common defense and the general welfare of the United States.” This is a strikingly unlimited scope for which the federal government may tax its citizens. Arguments that taxes may only be collected to underwrite the subsequently enumerated powers have been struck down. Sadly, those decisions have probably been correct. While the power of the Congress to pass laws is explicitly limited to those “necessary and proper for carrying into Execution the foregoing Powers,” no such language binds the power to tax. The fact that the explicit limitation exists for lawmaking (which Congress ignores anyway) but not for taxation lends further weight to the argument that the Constitution grants Congress unlimited power to tax its citizens.

One can certainly make the argument that in 1789, the term “general welfare” would have been interpreted much differently than it is today. Indeed, one might assume that the term “general welfare” meant the general protection of each individual’s rights. Perhaps that is what many of the founders believed at the convention. However, it is clear that Alexander Hamilton and his Federalists, the driving force behind calling the convention, had far different ideas about what the term “general welfare” meant. Remember that for Hamilton, the purpose of government was not the protection of rights, but the realization of “national greatness.” This could only be achieved at the expense of individual rights, primarily property rights.

So, the Constitution itself grants Congress unlimited power to tax and does not even mention, much less protect, the individual right to keep the fruits of one’s labor. Certainly the Bill of Rights addresses this deficiency, doesn’t it?

It does not. Like the Constitution itself, the Bill of Rights is virtually silent on the central right of property. Out of all ten amendments, the word “property” appears in only one of them:

“No person shall be held to answer for a capital, or otherwise infamous crime, unless on a presentment or indictment of a Grand Jury, except in cases arising in the land or naval forces, or in the Militia, when in actual service in time of War or public danger; nor shall any person be subject for the same offence to be twice put in jeopardy of life or limb; nor shall be compelled in any criminal case to be a witness against himself, nor be deprived of life, liberty, or property, without due process of law; nor shall private property be taken for public use, without just compensation.”

Unlike the congressional power to tax granted in the Constitution, the constitutional protections codified in the Fifth Amendment are severely limited to specific, extraordinary circumstances. The entire Fifth Amendment is set in the context of criminal law, granting certain protections to the accused and/or convicted. The phrase “due process of law” is a specific legal term that refers to those accused of a crime being given notice of the charges, opportunity to face their accusers, call witnesses in their defense, etc. This was obviously the intent of this protection of property, rather than a general protection of property rights against taxation.

Even if one discards the clear intention of this clause of the Fifth Amendment and interprets “due process of law” more broadly, the amendment offers no more protection of property than if one interprets the clause narrowly. Since the power to tax is an enumerated power, Congress would be following due process of law simply by levying the tax in the first place.

The last clause of the Fifth Amendment, regarding property taken “for public use,” is similarly limited to extraordinary circumstances. This clause undoubtedly refers to eminent domain, which is a grievous abuse of property rights, but certainly not one that affects a large percentage of the population. Even here, no right is protected. The clause merely requires the government to give the victim “just compensation.” There is no mention of the primary component of the right of property, consent. 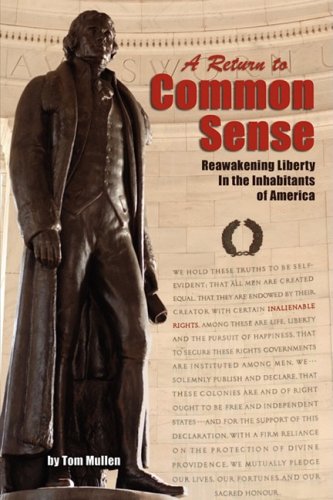 Furthermore, there is no mention of how “just compensation” is to be determined, although history has shown that the government itself determines what compensation is just arbitrarily. In a free society, the value of property is determined by the price at which the owner is willing to exchange it. However, since there is no requirement here of the owner’s consent, no such price determination can occur.

As for the remaining protections of property in the Constitution and Bill of Rights, there are none. These two phrases, protecting property under only the most extraordinary circumstances are the length and breadth of the Constitution’s involvement with this most fundamental right. It is this deficiency that has allowed the federal government to grow into the monster that it is, concerned with virtually nothing but the redistribution of wealth.

If you believe the official myth about the Constitution, this might seem shocking. After all, the document was drafted by the same people that had seceded from their nation and fought a long and bloody war primarily to defend their right to keep the fruits of their labor. How could they draft a document to recreate their government, which they said only existed to secure their rights, and not only fail to secure the most important right, but actually empower their government to violate it with impunity? Certainly this was history’s most colossal error.

However, when you consider the political platform of the Federalists, which included corporate welfare, monetary inflation, deficit spending, government debt, and militarism, all designed to maintain the wealth and power of a privileged elite at the expense of the rest of the citizenry, the unlimited power to tax and lack of protection of property seem less like error and more like deliberate intention.

Whenever the subject of “constitutional rights” (a problematic term itself) comes up, people reflexively refer to the right of free speech. This is an important right, and one defended across the political spectrum. However, free speech, freedom of the press, and the other rights protected by the Bill of Rights, without property rights, are inconsequential – the mere window dressing of liberty. It is property that enables one to determine the course of one’s own life. Without it, the right to life is no right at all, but rather a privilege granted by those who own your labor.

George W. Bush was an enthusiastic supporter of the right of “free speech.” During a town hall meeting, an average American who opposed Bush’s policies rose and began hurling insults at the president, eliciting boos from the Bush-friendly audience. Bush reprimanded the crowd, reminding them that this man had a right to speak his mind, even if they did not like what he had to say. It was not the only time that he stood up for free speech. This was no accident. A government that has the unlimited power to seize the property of its citizens can afford to be magnanimous when it comes to free speech. Yet, for the citizen who no longer owns the fruits of his own labor, the right to complain makes him no less a slave.