The Lunatic Left Is Getting Desperate

The Huffington Post recently (March 18) sunk to a new low by publishing an attack on u201CRon Paul and the Tea Parties: States’ Rights and the 17th Amendmentu201D by one Leonard Zeskind, a u201Cformeru201D Stalinist rabble-rouser. According to Laird Wilcox, author of The Watchdogs, a book about contemporary political movements, Zeskind began his communistic career of agitprop in the ’70s as a u201Cfront manu201D for the u201CSojourner Truth Organizationu201D whose stated objective was u201Cto motivate the working classes to make a revolution.u201D The Organization quoted its role model, Josef Stalin, who insisted on the need for u201Ciron disciplineu201D in agitating for a communist revolution in America.

According to Wilcox, Zeskind has written favorably about u201Cthe value of a grass roots school of communismu201D that would teach people how to u201Cdestroy the marketplace.u201D He wrote this in a journal called u201CUrgent Tasks,u201D a phrase popularized by Vladimir Ilyich Lenin. The Kansas City City Magazine once called Zeskind u201Celusive, paranoid, near hysterical.u201D His forte, according to the Wilcox Collection, appears to be u201Critual defamationu201D of his perceived political opponents, i.e., u201Cto call people names in the hope of defaming, discrediting, stigmatizing or neutralizing them.u201D

An example of the Zeskind/Huffington u201Critual defamationu201D strategy is his statements in The Huffington Post that: 1) Someone writing for an obscure publication called u201CThe American Free Pressu201D noted recently that u201Cthe Tea Parties were actually born during the presidential campaign of Rep. Ron Paul of Texasu201D; 2) Several decades ago, someone who wrote in u201CThe American Free Pressu201D was revealed to be a Holocaust Denier; 3) Therefore, the Tea Parties (and Ron Paul’s supporters) must be hotbeds of Holocaust Denial.

Zeskind works himself into a hysterical frenzy over the fact that the u201CTea Party Movementu201D has been talking about repealing the Seventeenth Amendment, which he says would be the equivalent of denying women the right to vote, or abolishing the constitutional principle of equal justice under the law. I’m not making this up. He really is that hysterical. And he calls Ron Paul an u201Cextremistu201D! Apparently, Ariana Huffington believes Zeskind is a qualified expert on constitutionalism.

Why are the Huffingtonians upset about mere talk of repealing the Seventeenth Amendment? Because the Amendment, which mandated the popular election of U.S. Senators (as opposed to the original system of appointment by state legislators) allows a small cabal of wealthy and influential people to dominate governmental decision-making. Getting elected to the U.S. Senate requires the raising of millions of dollars for television advertising and other elements of modern campaigning, so that senators have long been in the pockets of their major donors from all over the country, and the world, as opposed to the folks back home. Zeskind says this system is u201Cdemocratic,u201D but in reality it is the opposite. Reverting back to the original system that was created by the founders would allow the u201Criff-raffu201D known as the citizens of the sovereign states to exert more influence over their own government. Historically, this system was an important brake on the growth of the central government. This is why the Lunatic Left is increasingly hysterical over the talk about repealing the Seventeenth Amendment as well as nullification, and especially secession. 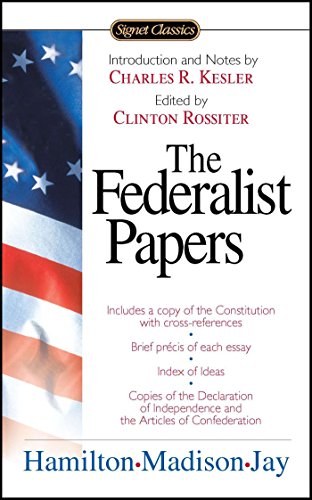 The Rationale for State Legislators To Appoint U.S. Senators

Professor Ralph Rossum of Claremont McKenna College explains the rationale for the original system of appointing U.S. Senators in his book, Federalism, the Supreme Court, and the Seventeenth Amendment. The founding fathers intended that state legislatures would appoint senators and then instruct them on how to vote in Congress. This was to safeguard against the corruption of senators by special interests. u201CThe ability of state legislatures to instruct senators was mentioned frequently during the Constitutional Convention and the state ratifying conventions and was always assumed to exist,u201D writes Rossum.

At the New York ratifying convention John Jay, co-author of The Federalist Papers, said u201CThe Senate is to be composed of men appointed by the state legislatures…. I presume they will also instruct them, that there will be a constant correspondence between the senators and the state executives.u201D At the Massachusetts ratifying convention Fisher Ames referred to U.S. senators as u201Cambassadors of the states.u201D James Madison wrote in Federalist #45 that because of this system the U.S. Senate u201Cwould be disinclined to invade the rights of the individual States, or the prerogatives of their governments.u201D This was an important element of the whole system of states’ rights or federalism that was created by the founders (not by John C. Calhoun, as Zeskind and myriad neocons falsely claim). As Madison wrote in Federalist #62, the system gave u201Cto state governments such an agency in the formation of the federal government as must secure the authority of the former.u201D It helped establish the fact that the citizens of the states were sovereign and the masters, not the servants, of their own government.

The legislative appointment of U.S. senators was responsible for the most famous declarations of the states’ rights philosophy of the founders, the nullification philosophy as expressed in the Virginia and Kentucky Resolves of 1798, authored by Thomas Jefferson and James Madison respectively (not by Calhoun, as Zeskind and others falsely claim). These Resolves were used as part of the Kentucky and Virginia legislatures’ instructions to their senators to vote to repeal the odious Sedition Act, which effectively prohibited free political speech. The origins of nullification do not lie in attempts to protect slavery or Jim Crow laws, as Zeskind once again falsely claims. Jim Crow laws existed throughout the Northern states for many decades before they were imposed on the South by the Republican Party’s military occupation authorities during Reconstruction.

John Quincy Adams resigned from the Senate in 1809 because he disagreed with the Massachusetts state legislature’s instructions to him to oppose President James Madison’s trade embargo. Senator David Stone of North Carolina resigned in 1814 after his state legislature disapproved of his collaboration with the New England Federalists on several legislative issues. Senator Peleg Sprague of Maine resigned in 1835 after opposing his state legislatures’ instructions to oppose the rechartering of the Second Bank of the United States. When the U.S. Senate censured President Andrew Jackson for having vetoed the rechartering of the Bank, seven U.S. Senators resigned rather than carry out their state legislatures’ instructions to vote to have Jackson’s censure expunged. One of them was Senator John Tyler of Virginia, who would become President of the United States in 1841.

In other words, the original system of state legislative appointment of U.S. Senators did exactly what it was designed to do: limit the tyrannical proclivities of the central government. As Professor Todd Zywicki of George Mason University Law School has written, u201Cthe Senate played an active role in preserving the sovereignty and independent sphere of action of state governmentsu201D in the pre-Seventeenth Amendment era prior to 1913. u201CRather than delegating lawmaking authority to Washington, state legislators insisted on keeping authority close to home…. As a result, the long-term size of the federal government remained fairly stable and relatively small during the pre-Seventeenth-Amendment erau201D (emphasis added). (See Todd J. Zywicki, u201CBeyond the Shell and Husk of History: The History of the Seventeenth Amendment and its Implications for Current Reform Proposals,u201D Cleveland State Law Review, vol. 45, 1997).

You know the Lunatic Left is whistling past the graveyard when they resort to the u201Cmight-makes-rightu201D argument against nullification and repeal of the Seventeenth Amendment. Echoing the views expressed by Supreme Court Justice Antonin Scalia several weeks ago, Zeskind concludes his paranoid tirade by saying that the u201Cvision of state sovereignty and secession were settled by the Civil War….u201D But nothing is ever u201Csettledu201D permanently in politics, no matter how many citizens the U.S. government might murder (some 350,000 in the case of the u201CCivil Waru201D) in order to prove itself u201Cright.u201D

Previous article by Thomas DiLorenzo: Doomed From the Start