The Constitutional Case Against the Federal Sports Gambling Ban

The Federal ban on sports betting has been blasted by anyone who knows anything about the subject for a number of different reasons. Though the US professional leagues suggest that sports betting threatens the integrity of their games, the opposite is the case. This is important because there would still be no shortage of outlets for college sport wagering, be it offshore or with your local illegal bookmaker. The professional bookmaking industry is usually where any type of compromised or fixed game is discovered. Ultimately, the true injustice of banning sports betting lies in its contempt for the Constitution.

The Congress of the United States has shown very little respect for the Constitution in recent years. Were it to abide strictly by the role outlined for it by the founding fathers, the Legislative Branch of our government would have to relinquish any number of its powers in a variety of areas. The primary problem with our Congress is that it has increasingly become a collection of career politicians rather than a body representative of its constituency. Every increase in power at the Federal level must be brought about by a usurpation of state and local sovereignty and, more alarmingly, personal liberty.

The Federal prohibition of sports wagering which was enacted a few years back is of very dubious Constitutionality. Were it not for the grandfather clause, which allowed it to remain legal in jurisdictions in which it already existed, it would have certainly been struck down as unconstitutional on a number of different fronts. Ironically, the Nevada gaming industry wasn’t too concerned at the passage of this law; indeed, they certainly liked the fact that they could go about business as usual while potential competition from other states for the sports wagering dollar was completely curtailed.

Unfortunately, the mere fact that a proposed law or initiative is unconstitutional offers little protection for the citizenry. In fact, the concept of state sovereignty is one of the most important – and most abused – in the Constitution:

The powers not delegated to the United States by the Constitution, nor prohibited by it to the States, are reserved to the States respectively, or to the people. 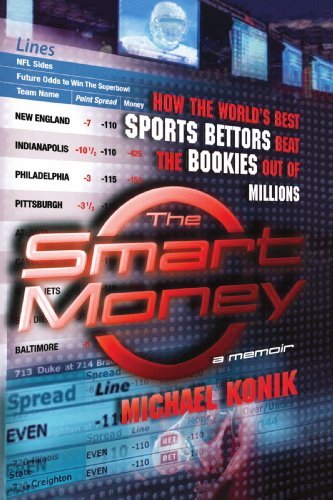 The overriding concern of the writers and framers of the Constitution was that the personal liberty of the individual not be violated by a too-powerful central government. In other words, unless the power in question has been expressly given to the Federal government by the Constitution, and/or unless it has expressly been prohibited to the states (as in the case of treaty making) it is the right of each individual state to govern themselves as they see fit. If an individual state chooses not to regulate a certain activity, it is the right of each individual citizen to make their own decision.

So, you should be asking yourself at this point, where exactly does the Constitution delegate to the Federal government the right to make policy on sports gambling? The answer is that it doesn’t, and it is very questionable that they have the Constitutional authority to do so.

Fortunately for all freedom-loving Americans the founding fathers would beg to differ.

Sports gambling may seem a minimally important issue to some, but the erosion of liberty is an incremental danger. The danger to broader concepts of personal liberty may seem a million miles away, but with each additional law intended to protect us from this or that the Federal government becomes larger and more powerful and the rights of the sovereign states “and the individuals that comprise them” are shrinking and being weakened.

Reprinted from the Tenth Amendment Center.

Ross Everett is a freelance writer experienced in travel, poker and sports handicapping. He is a staff handicapper for Anatta Sports where he is responsible for providing daily free sports picks. In his spare time he enjoys fine dining, fencing and scuba diving. He lives in Southern Nevada with four dogs and a pet coyote.