Recently by Ron Paul: Supporting the War Instead of theTroops

Following months of heated public debate and aggressive closed-door negotiations, Congress finally cast a historic vote on healthcare late Sunday evening. It was truly a sad weekend on the House floor as we witnessed further dismantling of the Constitution, disregard of the will of the people, explosive expansion of the reach of government, unprecedented corporate favoritism, and the impending end of quality healthcare as we know it.

Those in favor of this bill touted their good intentions of ensuring quality healthcare for all Americans, as if those of us against the bill are against good medical care. They cite fanciful statistics of deficit reduction, while simultaneously planning to expand the already struggling medical welfare programs we currently have.

They somehow think that healthcare in this country will be improved by swelling our welfare rolls and cutting reimbursement payments to doctors who are already losing money. It is estimated that thousands of doctors will be economically forced out of the profession should this government fuzzy math actually try to become healthcare reality. No one has thought to ask what good mandatory health insurance will be if people can’t find a doctor.

Frustratingly, this legislation does not deal at all with the real reasons access to healthcare is a struggle for so many — the astronomical costs. If tort reform was seriously discussed, if the massive regulatory burden on healthcare was reduced and reformed, if the free market was allowed to function and apply downward pressure on healthcare costs as it does with everything else, perhaps people wouldn’t be so beholden to insurance companies in the first place.

If costs were lowered, more people could simply pay for what they need out of pocket, as they were able to do before government got so involved. Instead, in the name of going after greedy insurance companies, the federal government is going to make people even more beholden to them by mandating that everyone buy their product! 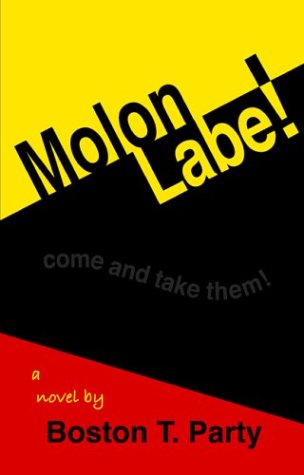 Hefty fines are due from anyone found to have committed the heinous crime of not being a customer of a health insurance company. We will need to hire some 16,500 new IRS agents to police compliance with all these new mandates and administer various fines. So in government terms, this is also a jobs bill. Never mind that this program is also likely to cost the private sector some 5 million jobs.

Of course, the most troubling aspect of this bill is that it is so blatantly unconstitutional and contrary to the ideals of liberty. Nowhere in the constitution is there anything approaching authority for the Federal government to do any of this.

The founders would have been horrified at the idea of government forcing citizens to become consumers of a particular product from certain government approved companies. 38 states are said to already be preparing legal and constitutional challenges to this legislation, and if the courts stand by their oaths, they will win. Protecting the right to life, liberty and pursuit of happiness, should be the court’s responsibility.

Citizens have a responsibility over their own life, but they also have the liberty to choose how they will live and protect their lives. Healthcare choices are a part of liberty, another part that is being stripped away. Government interference in healthcare has already infringed on choices available to people, but rather than getting out of the way, it is entrenching itself, and its corporatist cronies, even more deeply.

Truth vs. the Federal Liar State End the Market