Freedom in One Word

Now that Heath Care legislation has passed, the obvious question for opponents is this: Now What? My answer is best summed up with just one word:

No, I don’t mean that you should go out and smoke away your anger and frustration. Instead, you should feel empowered. The best way to explain this is by telling the story of a disabled mother from Northern California.

Angel Raich has been permanently disabled since 1995. She has an inoperable brain tumor, a seizure disorder and other serious medical conditions. In 1997, her doctor felt that marijuana would be an effective medication.

Angel used homegrown marijuana, and she and her physician claim that it’s helped significantly. You may not agree with Angel’s choice, but it’s one made in accordance with California state law, which allows for such use. The federal government, however, has not shown much respect for state laws in recent decades, and chose to take action. After DEA agents seized and destroyed all six of her marijuana plants, she sued to stop them from doing so again.

The suit went all the way to the Supreme Court, and in Gonzales v Raich, Angel lost. The 2005 ruling made clear that the federal government did not recognize state laws authorizing the use of marijuana — in any situation.

The court ruled that control over a plant grown and consumed on one’s own property was authorized under the "Interstate Commerce Clause" of the Constitution. Article I, Section 8, Clause 3 of the Constitution empowers Congress to "regulate…commerce among the several states." It has never been amended.

Like any legal document, if the words of the Constitution mean today what they meant at the moment it was signed, we must understand just what those words meant at the time of its ratification.

There’s been a lot of scholarly research on this clause, especially the word "commerce" itself. Without getting into the long details of it all, it means this: Congress is authorized to make uniform national rules on the trade and exchange of goods (and related activities like their transportation) that cross state borders. On top of it, the word "regulate" meant to "make regular" — that is, to specify how these transactions may be conducted. Regulate did not mean ban, prohibit, or mandate. These words have different meanings.

With this in mind, the Supreme Court, which is not a set of nine infallible gods, ruled incorrectly. But rule, they did. Thus, all three federal branches agreed that State-level laws allowing marijuana were a no-go. In his dissent, Justice Clarence Thomas gave a stark warning:

"If the Federal Government can regulate growing a half-dozen cannabis plants for personal consumption…then Congress’ Article I powers…have no meaningful limits. Whether Congress aims at the possession of drugs, guns, or any number of other items, it may continue to appropria[te] state police powers under the guise of regulating commerce." 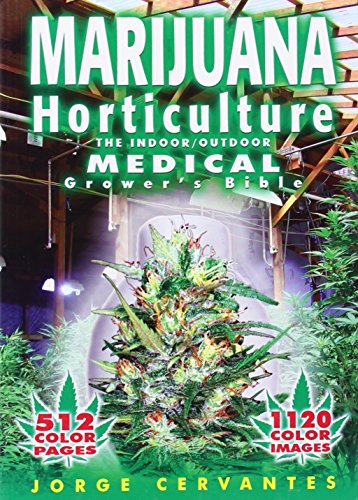 Even though she lost the case, Angel indicated she’d continue to use marijuana. At the time of the ruling, there were 10 states that had such laws. Not one of them has been repealed. Since then, another 4 states have passed similar laws, and many others are considering them, including South Dakota, Kansas, and New Hampshire.

Today, over half a million people are registered users of medical marijuana, and estimates say that millions more use the plant without registration. What’s been the result? The federal government will occasionally arrest some high-profile users, but taken in the perspective of the multitudes consuming the plant, the threat is quite low.

And, in mid-2009, recognizing a need for "efficient and rational use of its limited investigative and prosecutorial resources," the Justice Department announced that it would back off the prosecution of medical marijuana patients even further.

You might be asking, "How does this apply to healthcare mandates?" Well, the answer is pretty simple. When enough states pass laws defying federal laws, and enough people actively defy them too, D.C. simply doesn’t have the manpower to arrest and prosecute all of us.

This kind of activism — while it clearly carries personal risk — should be a real blueprint for people that have been consistently unable to find constitutional relief in Congress, the Executive, or the Courts.

Marijuana users: Love ’em or hate ’em, but show some respect for them, as many have suffered greatly for doing what they believe is right. People who believe strongly about other issues, like healthcare mandates, would do well to learn from them.