One reviewer maintains a film indicating George H.W. Bush involvement in Kennedy assassination is one that raises questions in the light of present political discord, but the film itself might warrant a critical look. 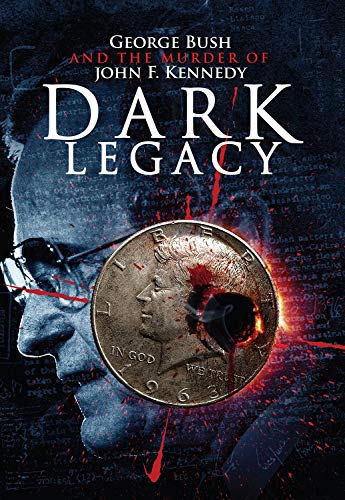 Hankey’s film, Dark Legacy, examines the assassination of former President John F. Kennedy in 1963 and makes the claim that George Herbert Walker Bush was involved by examining the former President’s CIA relationships and where and what he was doing at the time of the assassination. Hankey is a former high school teacher from Southern California who has spent years researching his thesis, connecting the dots, and making his case, which one reviewer, Henry Eshelmann, maintains is compelling. Eshelmann observed yesterday Hankey has made a credible examination of the evidence in the film, calling it "spirited and well-documented."

Hankey points out how Bush rose to the top in the CIA and was in Dallas at the time Kennedy was assassinated, according to documentation found in a letter from the F.B.I. Bush was once asked about this and observed there had been another CIA agent called George Bush in the CIA at the time, But Hankey declares the evidence concerning the former President is strong enough that it could be put to serious legal examination and says this, "If we could present this evidence to a jury in Texas, he would pay with his life." 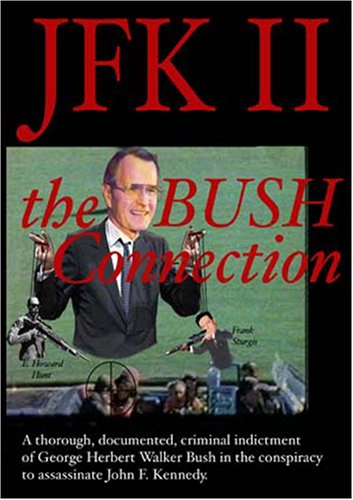 While some people might find the conspiracy another crackpot story, people across the political spectrum have said the assassination of Kennedy needs to be re-examined, and as Edelmann points out 22% of the American public do not believe Kennedy was killed by a single gunman. Those who have raised the questions include Jesse Ventura, an Independent, presently touring the country to promote his book American Conspiracies: Lies, Lies and More Dirty Lies That the Government Tells Us. Edelman quotes Republican Brice Willis as saying to Vanity Fair three years ago, "They still haven’t caught the guy that killed President Kennedy – I’ll get killed for saying this, but I’m pretty sure those guys are still in power, in some form…"

This isn’t the first time Hankey has put forth the film, and other reviewers declare “not so fast” to the notions he puts forth. For example, Seamus Coogan who writes for the CTKA, a group devoted to the study of the Kennedy assassination, maintains Hankey makes exorbitant claims about himself and his research and also distorts many facts. He writes this:

Where, when, and how did he “hang Kennedy’s murder around Bush’s neck”? Is JFK 2 evidence of this? Not on your life. The evidence would suggest that Hankey first got into his research around 1999, with the death of John Kennedy Jr. After that, around 2004, his video was cobbled together. Hankey seems to have had a mere 5–6 years of investigation under his belt before the film. But that’s no excuse for 1.) The errors that riddle his work and 2.) His penchant for taking credit for things he did not achieve. 3.) His need to distort things both large and small.

Opposed to Obamacare? Then You Must Be a Racist First the Government Produces Mathematical Ignoramuses