The thriller writer and former champion jockey Dick Francis has died at the age of 89.

I’ve read a dozen or more of his 40 novels. All of them were enthralling, though for mysteries they contained little violence. Usually, instead of murders there were beatings and tortures — of his heroes — who never gave in. 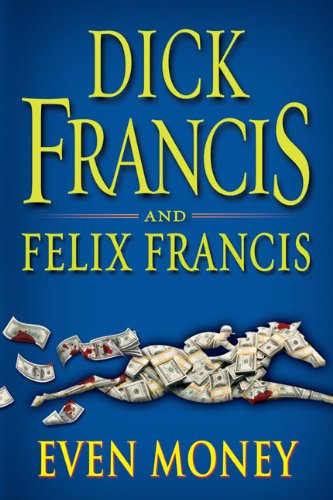 I have the strong impression that, politically, he was a conservative, in the British sense. He displayed admiration for rich men who gained their wealth honestly.

Francis "left school at 15 with no qualifications," in the words of the fine obituary in the Telegraph. He worked hard all his life, as a jockey and a writer, and became a millionaire many times over.

I remember a great appearance of Francis and his wife, the love of his life, and like him, English of the English, on the Today Show. He’d just published a novel about horse racing (naturally) combined as usual with some other theme, in this case wine making.

The interviewer was Jane Pauley. Mrs. Francis was present, small and soft spoken, like her husband.

The American TV "personality," making millions a year (Garry Trudeau’s wife, by the way), asked, ingratiatingly smiling, "So, where does the best champagne come from?" Mrs. Francis, who was not a "personality" and did not make millions a year, replied, "Why, from Champagne, dear. It’s a part of France."

The camera quickly turned away from Pauley, whose momentary panic was painful to see.

Dick Francis, who died on February 14 aged 89, began his career as a professional jockey, becoming Champion National Hunt Jockey in 1953—54, and famously rode in Queen Elizabeth the Queen Mother’s colours in the Grand National of 1956; after retiring from the Turf, he became a successful writer of 42 thrillers, topping the best-seller lists for more than 40 years, with worldwide sales of well over 60 million.

As a National Hunt jockey, Francis had ridden in 2,305 races and ridden 345 winners. He became part of racing folklore when, in March 1956, he rode the Queen Mother’s horse, Devon Loch, in the Grand National. 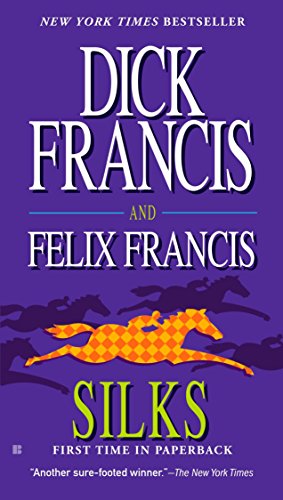 Francis and Devon Loch had just jumped the last fence, well clear of the rest of the field and set to break the previous record time, when suddenly, 30 yards from the winning post, with the race commentators screaming "Francis wins!", Devon Loch sank on his hindquarters, his front legs sprawling; having pulled a muscle in doing so, he could not recover to win the race.

The cause of his collapse provoked intense speculation and spawned theories that would not have been out of place in a Dick Francis thriller. One Aintree vet felt that the horse must have had a sudden attack of cramp; another identified a blot clot in the hind leg. Other theories suggested that, as the accident had happened alongside a water jump, the horse, sensing the reflection, had attempted to leap a non-existent obstacle; or that an underground cable had shorted on the horse’s racing plates.

Francis, however, preferred two more likely, if more prosaic, possibilities — either that the horse had slipped, or that he had been unnerved by the noise of anticipation of a Royal win. Whatever the cause, Francis’s failure to win the Grand National remained the great sorrow of his life, though it was his determination not to be labelled for all time as "the man who lost the Grand National" that spurred him on to become a writer. 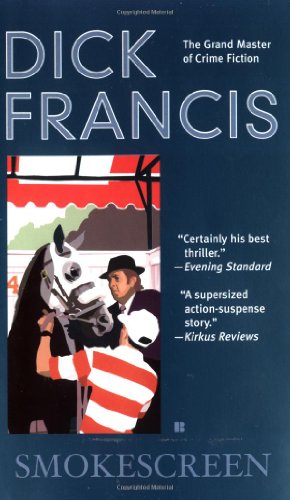 He had more than his fair share of accidents and breakages, which he liked to recount with pride mixed with a certain gory relish. He reckoned to fall off once every 11 or 12 races: "I’ve had a fractured skull, six broken collar bones, five broken noses, no end of ribs. Well, you simply stop countin’."

He injured his shoulder so badly that for the rest of his life he had to go to bed with his arm strapped up to prevent it from dislocating. Once, he recalled, "a horse put his foot right through my face, slicing my nose open. I had 32 stitches from above my eye to the end of my nose. The doctor was delighted because he could show the inside of a nose to all his students." 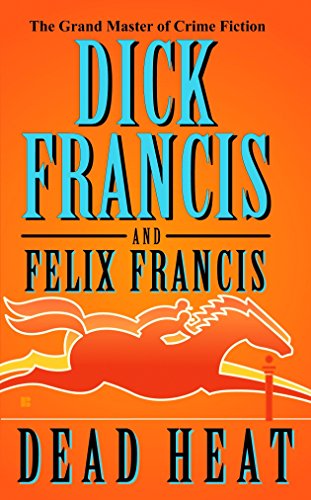 This was typical Francis and, like their author, his fictional heroes endure all manner of pain and physical and mental torment with exemplary patience and composure. Thirtyish, usually dark-haired, sallow-skinned, mild-mannered and self-deprecating, the typical Francis hero is as intrepid and resourceful and as vigorously heterosexual as James Bond; but unlike the caddish Bond they are also decent and chivalrous, and the reader knows they will turn into faithful, passionate husbands: "What it comes to," Francis liked to say, "is that I never ask my main character to do anything I wouldn’t do myself."

Where other thriller writers probed the darker crannies of the soul, Francis reaffirmed the values of human decency and the struggle between the man of good against the forces of lust for power, dishonesty and greed. Heroes can expect to be chained, beaten, burned or flayed two or three times per book — but good always triumphs in the end.

Francis possessed all the traditional tools of the thriller writer’s trade — narrative urgency and a subtlety in intellectual problem-solving — but he combined these with an emotional realism which had eluded writers like Agatha Christie. No one could convey as well as he what it felt like to be drowned, hanged, crushed by a horse or soaked in icy water and left dangling, gagged and bound from a hook in the middle of a Norfolk winter’s night.

He also had a minute eye for detail and an ability to take even the most un-horsey of readers into his world. He was as convincing in his portrayal of the Spartan existence of the stable lad as he was in that of the sybaritic lifestyle of the manipulating owner in his home counties pad: "Not to read Dick Francis because you don’t like horses," remarked one reviewer in Newsweek, "is like not reading Dostoyevsky because you don’t believe in God." 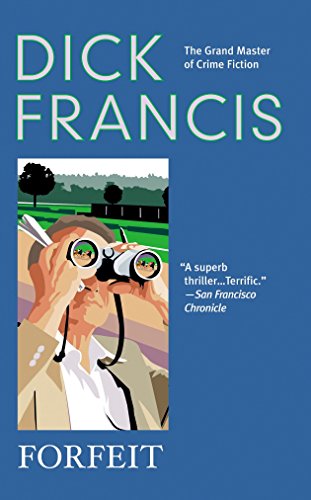 Like his heroes, Francis was a man of stern self-discipline. From 1962, when his first novel, Dead Cert, was published, he produced a book a year, starting to write on January 1 and delivering the typescript to his publishers by April 8 for publication in September. Only once, when his wife was ill, did he deliver two weeks late. 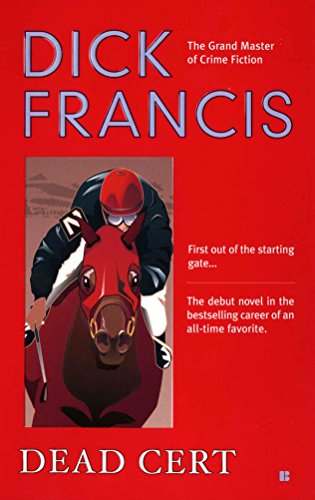 He would personally take the first copy of each of his books round to Clarence House, and soon transmuted from the Queen Elizabeth the Queen Mother’s favourite jockey to her favourite author. It was, he confessed, partly to spare her blushes that he never included scenes of explicit sex, though he once observed: "I’d be no good at that kind of thing anyway."

Few British novelists were as successful or held in greater affection by their readers than Francis. Among countless accolades, he won three Dagger Awards (including the Cartier Diamond Dagger, for his life’s work) from the British Crime Writers’ Association. He also won three Edgar Allen Poe Awards for Best Novel, and a Grand Master title for his life’s work from the Mystery Writers of America. He had admirers in all parts of the world; races were named in his honour and films were made of his books as far afield as Russia.

He had his admirers in more highbrow circles as well. Philip Larkin praised the "absolute sureness of his settings, the freshness of his characters, the terrifying climaxes of violence, the literate jauntiness of style, the unfailing intelligent compassion." CP Snow described him as "a writer with qualities and gifts which few novelists begin to possess." John Mortimer noted: "He has the true writer’s knack of making you want to turn the page, no matter how agonising you may find the operation when stretched out on a slab of Aegean rock."

Richard Stanley Francis was born into the saddle on October 31 1920 in Pembrokeshire, Wales — his grandfather and great-uncle had been two of the best amateur riders of their generation. Before the First World War, his father had been a steeplechase jockey and after the war ran a hunting stable. Dick and his brother learned to ride before they could read.

The Incontinent SubcontinentThe Shame of Being an American