Let Teachers Tantrum ... Then Fire Them

When our son would tantrum – as all toddlers do at least once – we would calmly carry him to his room; explain that we did not want to see or hear such ugliness; and give him permission to rejoin us in the common areas of the home once he “finished.” Soon…then sooner…then soonest, he finished and the tantrum phase ended. Toddlers are much more sensible than many teachers. These public tantrums of public school teachers proves my point.

Unfortunately, the media is leading the way in giving attention to, and becoming too distraught over, badly behaving teachers. We cannot carry the teachers to their rooms – let alone force them to actually teach – but we can ignore them. Like toddlers, they should soon notice that no one is paying any attention to their fits and spurts. But on second thought…they have shown that they are not as sensible like toddlers.

Governors should fire every teacher who has broken his/her contract. Teachers do sign contracts, agreeing to expectations that they teach in the classrooms; not tantrum in the streets. Demonstrating “teachers” are stupid to not realize that their behavior is inexcusable and sets a horrible example for students, parents, and the nation as a whole. I would be willing to bet that these same teachers are the ones who constantly complain to their principals about rude, insensitive, and badly behaving students and parents of students. Monkey see; monkey do. 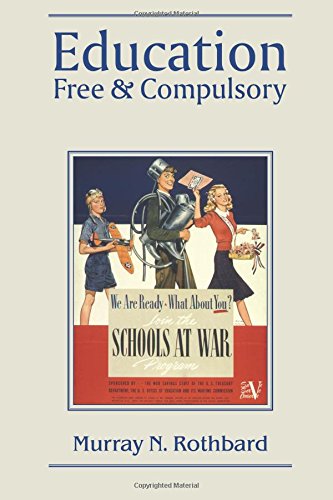 The teachers who encouraged their students to leave school, as well, deserve to be fired plus lose their teaching certificates. They are not “teachers.” They are agenda-driven individuals and obviously, their agenda includes neither academics nor instruction. It is a shame that America no longer pillories people in town squares. Ripe tomatoes, anyone?

Intelligence…I mean a lack of intelligence…plays a very large role in unions and demonstrations. How else can uneducated, ineffective, unread teachers remain employed in a nation of crashing standards? Unions fight accountability. Most individuals choosing “teaching” as a career in this modern era – of non-readers; poorly educated; non-thinking; illogical high school graduates – have SAT scores that rank third (3rd!) from the bottom of the list of professions. Public school administrators score second (2nd) from the bottom. Try to sleep at night with those figures – and the consequences of them – rushing around in your head.

What is to be done? The question is on the mind of every rational, thinking, want-the-best-for-children individual. As far as I am concerned, we need to close all departments of education; withdraw all public financing; and let the public school system collapse. I have long advocated for this and I explain more in “Crooked House; Crumbling Foundation”. We need not fear such a process anymore than we fear tearing down a dangerous building in order to replace it with a safer and more efficient one. Americans, functioning within their communities are very resourceful and will devise better and more affordable ways to educate the local children. Education only becomes so complex and problematic when it is turned over to bureaucracies and politicians. Cut them out of the picture. Ignore them if they take to the streets to tantrum. There are other choices we can make. Furthermore, we should make them as soon as possible. Consider the following:

The libertarian prescription for our educational mess can, then, be summed up simply: Get the government out of the educational process. The government has attempted to indoctrinate and mould the nation’s youth through the public school system, and to mould the future leaders through State operation and control of higher education. Abolition of compulsory attendance laws would end the schools’ role as prison custodians of the nation’s youth, and would free all those better off outside the schools for independence and for productive work. The abolition of the public schools would end the crippling property tax burden and provide a vast range of education to satisfy all the freely exercised needs and demands of our diverse and varied population. The abolition of government schooling would end the unjust coerced subsidy granted to large families, and, often, toward the upper classes and against the poor. The miasma of government, of moulding the youth of America in the direction of the State, would be replaced by freely chosen and voluntary actions – in short, by a genuine and truly free education, both in and out of formal schools.

I have included links to additional articles that may help you think about and reassess our disastrous public school system. Do some reading. Do some thinking. Then fire the teachers and the unions. Literate persons should be expected to satisfactorily communicate (and solve problems) with literate bosses and school boards. The unions once worked towards protecting illiterate workers in harder times. Unions have outworn their welcome and their usefulness. Fire them.

Previous article by Linda Schrock Taylor: English Instruction: Where? When? Who Says?