The Missing Sunspots: Is This the Big Chill?

Could the Sun play a greater role in recent climate change than has been believed? Climatologists had dismissed the idea and some solar scientists have been reticent about it because of its connections with those who deny climate change. But now the speculation has grown louder because of what is happening to our Sun. No living scientist has seen it behave this way. There are no sunspots. 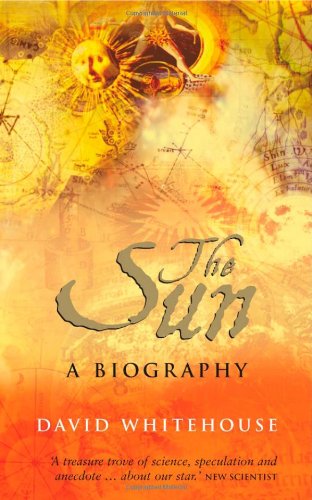 The disappearance of sunspots happens every few years, but this time it’s gone on far longer than anyone expected – and there is no sign of the Sun waking up. “This is the lowest we’ve ever seen. We thought we’d be out of it by now, but we’re not,” says Marc Hairston of the University of Texas. And it’s not just the sunspots that are causing concern. There is also the so-called solar wind – streams of particles the Sun pours out – that is at its weakest since records began. In addition, the Sun’s magnetic axis is tilted to an unusual degree. “This is the quietest Sun we’ve seen in almost a century,” says NASA solar scientist David Hathaway. But this is not just a scientific curiosity. It could affect everyone on Earth and force what for many is the unthinkable: a reappraisal of the science behind recent global warming.

Our Sun is the primary force of the Earth’s climate system, driving atmospheric and oceanic circulation patterns. It lies behind every aspect of the Earth’s climate and is, of course, a key component of the greenhouse effect. But there is another factor to be considered. When the Sun has gone quiet like this before, it coincided with the earth cooling slightly and there is speculation that a similar thing could happen now. If so, it could alter all our predictions of climate change, and show that our understanding of climate change might not be anywhere near as good as we thought.

Sunspots are dark, cooler patches on the Sun’s surface that come and go in a roughly 11-year cycle, first noticed in 1843. They have gone away before. They were absent in the 17th century – a period called the “Maunder Minimum” after the scientist who spotted it. Crucially, it has been observed that the periods when the Sun’s activity is high and low are related to warm and cool climatic periods. The weak Sun in the 17th century coincided with the so-called Little Ice Age. The Sun took a dip between 1790 and 1830 and the earth also cooled a little. It was weak during the cold Iron Age, and active during the warm Bronze Age. Recent research suggests that in the past 12,000 years there have been 27 grand minima and 19 grand maxima.