Gun Salesman of the Decade

"To avoid domestic tyranny, the people must be armed to stand upon [their] own Defense; which if [they] are enabled to do, [they] shall never be put upon it, but [their] Swords may grow rusty in [their] hands; for that Nation is surest to live in Peace, that is most capable of making War; and a Man that hath a Sword by his side, shall have least occasion to make use of it."

One of the most amazing scientific discoveries in my lifetime occurred at approximately 10,500 feet above sea level on the Tisenjoch pass, in the Ötzal Alps of Northern Italy. Sheltered for millennia from the moving ice of a glacier in a secluded crevice a 5000-year-old human body was preserved, finally to be discovered by a two German hikers in September 1991. 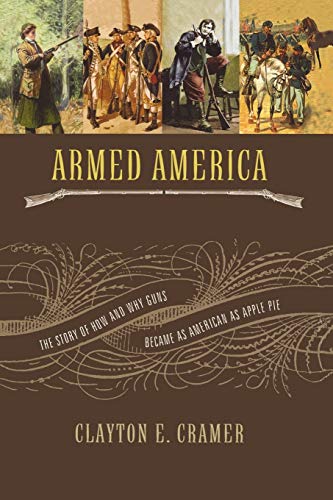 This ancient male was soon named Ötzi, in honor of where he was found, and quickly gave modern man some amazing insights into the lives of the early Europeans.

Amongst all the information that Ötzi shared with modern man, I was most impressed with how well armed an individual from 3300 BC would be.

The tools Ötzi needed for his survival were a yew longbow, a quiver made of chamois hide containing fourteen arrows, a copper axe and a woven sheath which housed a flint bladed dagger.

These tools took on a whole new significance, for me, when it was disclosed that Ötzi had been in a fight and probably was killed by an arrow, which had penetrated his heavy fur coat and left shoulder blade. That deadly arrow may have lacerated the brachial artery aiding, if not causing, Ötzi to bleed to death.

Of course, we will never know what really transpired during the last days of Ötzi’s life and no one will ever be able to state categorically what caused his death. One thing, however, can be safely stated, in 5000 years, even given the technological advancements of a modern society, mankind still has a need to be prepared to defend himself, his family and his way of life.

Certainly, the rhetoric of an enlightened society groveling at the Federal government’s feet is beginning to wear more than a little thin with the American public. This is evident when considering the annual report of NICS background checks, which are done by the FBI for all pending firearm sales. The following graph for the years 1999 through December 2009 illustrates how many American’s attitude seems to have changed.

The conventional wisdom has attributed the rise in firearm sales to the present Administration under the dictum: "Obama, Gun salesman of the year."

To say that the current political atmosphere has nothing to do with firearms sales would be ludicrous, at best. There are, however, more to the statistics than first meets the eyes. On closer inspection the NICS data shows the rise of firearms sales beginning in September 2005 and really taking hold in December of the same year.

What accounts for this sudden rise in firearm interest can only be attributed to the events following the destruction of New Orleans and the surrounding areas in the wake of Hurricane Katrina in late August 2005.

Who wasn’t horrified when we learned of police officers going door-to-door through New Orleans neighborhoods forcing the residents into the streets, or their beating of an elderly woman then handcuffing her for having a handgun? Next we discovered that not only were New Orleans officers responsible for the theft of legally owned firearms but also of personal wealth. 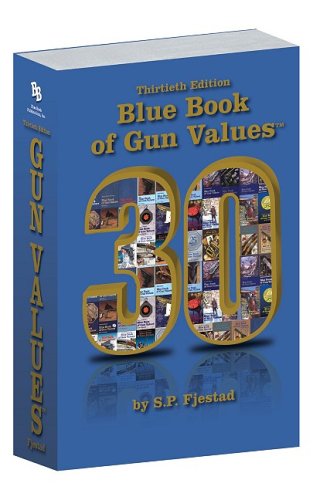 This would account for the increase in weapon sales during the month of September which was 6.46% greater than September of 2004 and 29% greater that July 2005.

The criminal events occurring in New Orleans, along with the continuing failure of the federal apparatus, being further empowered by the December renewal of the PATRIOT Act with its increase in surveillance and investigative powers was, to many, the perfect environment for pushing the United States into a verging police state.

Making no effort to alleviate the public concerns, the Federal government treated us to two acts in September 2006, the John Warner Defense Authorization Act and the Military Commissions Act.

The latter act effectively gave the President of the United States the power to detain anyone — U.S. citizen or foreign nationals — indefinitely. It also stripped anyone detained of the right to habeas corpus. The New York Times says of this act: "Rather than reining in the formidable presidential powers…the law gives some of those powers a solid statutory foundation."

The John Warner Defense Authorization Act continued to anger and to arouse the fears of many with its provision to legitimize martial law (section 1076) — in the event of a "natural disaster, epidemic, or other serious public health emergency, terrorist attack or incident or other condition in which the President determines that domestic violence has occurred to the extent that state officials cannot maintain public order."

It was during the debate over these two bills that gun sales in 2006 began to rise dramatically over 2005 as the increases in May, June, July, August, and September (below) show. The roused fears of the American public didn’t abate as rapidly as in previous years causing sales to stay high with increases in October, and November before tapering off in December, only to resume in January 2007.

The American people knew something was amiss even in 2007. As government and many private sector economists overlooked or ignored the deflating housing bubble along with the consequences of declining home values, I believe, there was a growing body of Americans who realized the world’s financial system was in free fall and it was going to take America’s banking system with it.

As if to push Americans to the brink, either of desperation or fury, then President Bush, on May 9, 2007, signed what many felt was the ultimate betrayal of the American principle. That abandonment came in the form of the National Security and Homeland Security Presidential Directive which was either unseen or disregarded by the media, given no examination by Congress, but endowed the president of the United States with extensive dictatorial powers with the emergence of a yet to be defined, "catastrophic event."

Predictably, people’s suspicions concerning a possible declaration of martial law from the year before, the threat of a failing economy and now the presidential office being crowned with such repugnant monocratic powers was enough to send weapon sales through the roof.

Perhaps it was because of the deepening recession, because it was an election year, or because there really was a collective hope that there would be a change for the better, the American conscience, while still showing a comparatively high degree of anxiety in early in 2008, seems to have taken a "let’s wait and see attitude."

The revelation, in February 2008, that the FBI and the Department of Homeland Security had deputized private contractors and given them unprecedented authority, including "shoot to kill" authorization, certainly wasn’t calming news.

Sales in July of 2008 indicate that many Americans were not buying Justice Scalia’s opinion, expressed in the wake of the June 27, 2008 Heller decision that; “Like most rights, the right secured by the Second Amendment is not unlimited.” Nor was there any confidence generated by Obama supporters who in print were promising "he (Obama) believes the Second Amendment confers an individual right to own a gun," then adding, "[A]lthough he doesn’t think it protects u2018gang bangers.’" I remember wondering at the time how long it would be before a large segment of the American public would suddenly be declared "terrorists."

In spite of the bank failures and severe downturn in the economy, American’s apprehension concerning the future began fully manifesting itself in October. The passage of H.R. 1424 enacting the Emergency Economic Stabilization Act of 2008 creating a $700 billion T.A.R.P. fund may have been part of catalyst, but the pot boiled over in November with the "election" of Obama.

The new administration, which had been presented in 2008 as a sweet smelling rose, soon had the aroma of a sun-baked "honey pot."

In rapid succession America was strapped with another $787 billion of debt, the Federal government’s takeover of major financial institutions, then two automotive manufactures. Suddenly we had more "czars" than the Russian empire had throughout its history and a continuing rise in unemployment portending an economic crisis greater than that of the 1930’s.

Then we learned that anyone who understood or favored the principles espoused in the US Constitution or Declaration of Independence, believed in God and went to church, belonged to or supported the Constitution Party or Ron Paul, owned guns, disagreed with the Obama administration and a plethora of other no-no’s, was now deemed by DHS as "right-wing extremists" and "potential terrorists." (I guess "gang bangers" is just a colloquial euphemism.)

In early November 2008 the Brady Campaign To Prevent Gun Violence sensed that with a Democrat-controlled congress and a Democrat president, the time was ripe for a series of new gun laws. Publishing a 30-page pamphlet entitled "Common Sense Gun Laws Won, The NRA Lost, & What It Means" they laid out, on page 7, the Obama agenda concerning firearms. Under a box entitled "Obama’s Long Record Of Supporting Reasonable Gun Laws" we find Obama:

The bloom however, was off the bud; Obama et al. had not ingratiated themselves with many in the country and few were convinced of the present administration’s or the Federal government’s benign intent towards firearm ownership. Thankfully not just individual Americans but states and their legislatures were also seeing the light.

The plundering of the economy and Constitutional rights, which started under the Bush administration, was accelerated by the Obama administration and was driving America to ruin. In March two top IMF officials said that the U.S. had already become a third-world banana republic.

State legislatures now moved to stem the tide with state resolutions, state amendments or firearm freedom acts, putting the Federal government on notice that the tenth amendment to the Constitution was still valid.

To some it is finally becoming obvious that this is still a very dangerous world. Being armed means the same thing now as it did 5000 years ago. Modern man; meet Ötzi. Now learn to watch your back!

Previous article by Tim Case: How To Survive