The Strategy Behind the Guard Home Movement

"Bring the Guard Home – It’s the Law!" is a national campaign, now active in more than 20 states, that is raising a legal challenge to the Federal Government’s use of our National Guard troops for deployments in Iraq and Afghanistan. In Wisconsin, the campaign is promoting AB 203, a bill in the Wisconsin state assembly which would give the Governor the authority to examine the legality of any federal order for deployment of the Wisconsin National Guard and to challenge in court any orders determined to be unlawful. I’m excited about this campaign because I see it as the beginning of a much larger national movement that is asking the long-overdue question: "Who decides about war?" This was the title of a recent conference in Washington D.C. that brought together grassroots peace activists and legal and constitutional scholars to ask one of the most fundamental questions we can ask, as citizens of a nation that claims to be a democracy.

Just take a look at our current situation: The United States exists in a permanent state of war, can even be said to be addicted to war, and all decision-making about the question of war has now been placed in the hands of one man: the President. Whatever we think of the current occupant of that office, this is clearly a dangerous, unhealthy and undemocratic state of affairs. 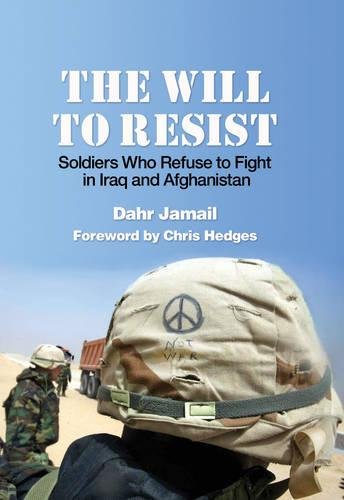 And yet who is pushing back against the idea of one-man rule on questions of war and peace? Certainly not Congress. Here’s Senate Majority Leader Harry Reid, after a recent meeting of Congressional "leaders" with President Obama about Afghanistan:

"The one thing that I thought was interesting was that everyone, Democrats and Republicans, said whatever decision you make, we’ll support it basically," said Senator Harry Reid, the majority leader.

But that’s really just a continuation of Congress’ supine behavior over the past eight years. Congress no longer even bothers to declare war, even though it is the only body given authority by the constitution to do that. Instead, it passes "Authorizations for Use of Military Force" which are either based on blatant falsehoods, like the Iraqi Authorization, or are an unconstitutional abdication of Congressional war-making powers to the President, as with the Afghanistan Authorization, which says, in effect, "You go wherever you think you need to go, and for as long as you need to, Mr. President, in pursuit of the people who did 9/11, and we’ll just sit here and sign the checks."

If Congress is worse than useless, what other centers of power in this country might be mobilized in opposition to the permanent-war state?

There is popular opposition, of course, and the peace movement has proved remarkably successful in building public opposition in the face of an almost complete blackout of pro-peace voices in the corporate media. When you read, for example, that 57% of Americans now oppose the Afghanistan war, remember that this shift in opinion happened even though Americans have never seen a single person on their televisions calling for withdrawal from Afghanistan. Clearly, the American people are capable of making up their own minds even while they swim in a sea of government propaganda, and the peace movement can take a large share of credit for that.

There is also opposition within the uniformed military. Iraq Veterans Against the War has helped to amplify the voices of antiwar vets like Camilo Mejia, and, as Dahr Jamail reports in his new book, "The Will to Resist," even soldiers who do not go public with their opposition are engaging in lower-level resistance through "search and avoid" missions in Iraq and Afghanistan, choosing to park their vehicles and radio in reports of "patrols" while avoiding contact with the resistance.