Have you ever tried to have a conversation with an idiot? No, I'm not talking about that moron down at the DMV or those bureaucratic bozos who keep kicking back your VA claim for re-evaluation because you're not dead yet. I'm talking about a real-life example of one of George Orwell's proles. They're easy to spot. Those who don't work directly for the government receive some sort of government subsidy.

I recently had a conversation with a prole who tried to explain to me why we need a u201CBig Brotheru201D to take care of all the u201Clittle brothersu201D out there. I presume he was talking about folks like me who think all levels of government are too big and in great dire need of top to bottom downsizing. Maybe he thinks I need to be cured of my thoughtcrimes.

In order to fix any problem, we have to identify the source of the problem, and although there are at least seven principal malefactors I'd blame for our big government problem, I blame our public schools the most. In fact, I've made it my life's goal to tell all Americans why they shouldn't have their children in public schools.

For four years I taught in and fought The System, which is not the failure many folks think it to be. For 150 years, public schools have been doing exactly what they were designed to do – produce proles – that functionally illiterate class of people Orwell saw as the u201Chopeu201D for Oceania, a fictional country ruled over by an all-powerful government called The Party or simply Big Brother. Do you think it's coincidental the current administration talks so much about hope to his disciple-constituents, the majority of whom can barely read and write and who pay no taxes?

Even before I was forced to leave the classroom for not being a u201Cteam playeru201D and failing u201Cto meet the needs of diverse (non-reading) learners,u201D I had begun recording everything I'd learned in the classroom and about the classroom. Two years after I left the classroom, I published a book about our prole-producing public schools. I called it, Legally STUPiD: Why Johnny doesn't have to read. 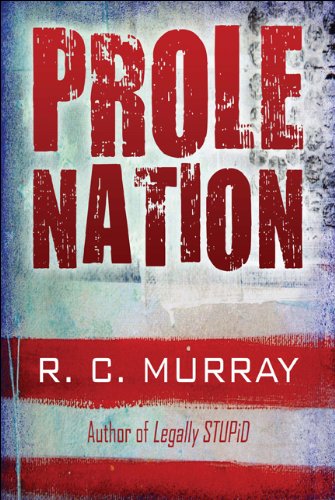 My book describes current public school policies and teaching strategies that have bankrupted America's intellectual capital. At the conclusion of each chapter, I offer simple solutions that would alleviate if not eliminate the problem. Solutions are not wanted though.

I not only talk about the government's policy of legalizing academic stupidity but also their moral stupidity policy that has turned public schools into a jungle.

Someone wants to control knowledge, all knowledge – academic and biblical knowledge. Controlling what people know (or think they know) and what people believe is not a concept that originated with Orwell. Those who know anything about history know this is exactly the plan followed by the so-called Committee for Public Safety led by Maximilien Robespierre during the French Revolution. But it goes back much further than that to the beginning of human history. Those who know anything about the Bible know who I'm talking about.

Individual knowledge and personal beliefs too often conflict with government goals. This is the reason for one of today's teaching strategies, u201CGroup Learning.u201D Those diverse learners mentioned earlier cannot understand what they read (if they can read at all), and they can't explain their thoughts (if they have any) in writing, so they need help. Public schools now place at least one accelerated-gifted student with two or three diverse learners in a u201Csmall group settingu201D in which they u201Cwork togetheru201D to complete a learning project. 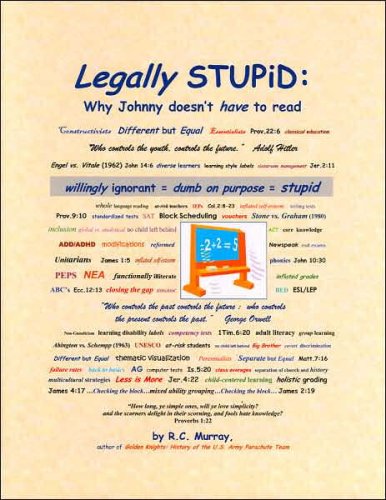 In reality, the AG student does all the work, but everybody gets the same passing grade. No child gets left behind. In Legally STUPiD, I satirically propose u201CGroup Testingu201D for all standardized tests. One AG student is paired with two diverse learners (a.k.a., proles) who simply copy his or her answers on their score sheet.

It's a learning experience for everyone. The AG student learns his or her role as a productive member of society whose taxes are necessary to support the non-productive proles depending on him. The proles learn to support politicians who support them with entitlement programs. In a nutshell, this is how our Constitutional republic has become a socialist state!

Many folks couldn't understand this simple concept in my last book, so I decided to write a novel that fictionalizes everything explained in Legally STUPiD. Americans prefer to be entertained, not informed.

My new book, Prole Nation, is a novel that depicts the very near future (2012), where Big Brother's bloating government is struggling to maintain control against the threat of 27 states leaving this unconstitutional union, a near-dead global economy and a continuing war on terror that now includes a re-instated draft and where criminals are conscripted for military service. Add to this bleak scenario, catastrophic natural disasters on a biblical scale.

Many of the things I predicted would happen when I started writing Prole Nation in October 2008 have already happened, including a worsening economy, an expanded war, state governments exercising their rights under the 10th Amendment and passage of the Hate Crimes Protection Act.

If you're a praying person, please pray that the rest of what I've predicted never happens. If you're a reading person, grab a copy of both my books and read them. Thanks.

When a School Gets Sick What Will the Doctors Do?