The Price of Freedom

On February 17, at Dulles International Airport outside of Washington, DC, a young Nigerian terrorist named Farouk Abdul al Faisal attempted to board United Airlines flight 1497 to Stuttgart, Germany. He had eluded detection by the FBI, and was not on the Terrorist Watch List. He seemed to have succeeded in his aims.

Al Faisal had not counted on an alert TSA employee, as none had been encountered before. TSA agent Michael Trabinney noticed that Faruouk’s cheeks were puffed out strangely. He pulled the young African aside for further screening and discovered in his mouth a condom filled with black powder and a detonator. Trabinney sounded the alarm and Farouk was arrested. The Department of Homeland Security immediately closed the airport for three days, saying that, since the terrorist was in custody and posed no further threat, extreme measures were necessary. Travel snarled around the world as flights were diverted or canceled.

Janet Napolitano, the chief of DHS, said in a press conference that the event “showed the lengths to which enemies of our freedoms will go. In order to keep Americans safe, the Department will initiate mouth exams on all boarding passengers. Henceforth no condoms will be allowed on board.”

A contract for three billion dollars was issued to buy latex detectors, and an additional agent was added at each security gate in the nation, at a salary of sixty thousand dollars a year. They told barefoot passengers to “Say ah.”

President Obama, according to some being worried about seeming soft on national security, announced that he would talk with his counterparts in other countries about requiring oral exams, and would fund research into automated ah-scanners. Manufacturers of dental equipment received development contracts totaling $1.2 billion.

The new measures went relatively smoothly, though there were isolated glitches. A woman with a broken jaw wired shut was pulled out of line, interrogated for hours, and arrested for refusing to answer questions except to say “Ummm, ummm.” A TSA agent at Houston International, hired under federal affirmative-action guidelines, confiscated a latex glove, saying that it looked like a multiple-use condom and you never could be too careful with terrorists.

Then in early June a fifteen-year-old kid in Dubuque posted, to an Egyptian website, under the name of Sheik Wasabi, a disturbing story. While in Cairo, said “Sheik Wasabi,” he had met a radical Islamic plastic surgeon who was fitting female martyrs with explosive breast—implants. The teenager then forgot about his post, having received a new X Box. However, some thirty people saw the post and called the FBI, which ignored them.

Finally Maxwell Bjorn, president of the instrument-manufacturer Artful Devices Inc., called Janet Napolitano directly. He had done the calculations, he said. A D-cup could unquestionably bring down an airliner. The only way to protect our democracy, he said, would be either to install automated palpators, or use x-rays. Fortunately for America his firm happened to have suitable designs, at $2.2 million each.

Napolitano chose x-rays, reasoning that while ugly women might prefer palpation, others would find it invasive.

The American Medical Association prepared a brief arguing that the radiation would raise cancer rates, particularly in frequent fliers. The surgeons in the membership scotched the brief, viewing it as being in restraint of trade.

Napolitano defended the new machines on national television, telling the country that, “cancer rates would go up slightly, but freedom isn’t free. It has a price. Throughout the history of our great nation, patriots have given their lives to defend our way of life. We too must be willing to bear the burden.” She then flew to an appointment in a private Citation.

Passenger traffic fell fifteen percent. Napolitano said that this was a good thing, as “it gives our enemies fewer targets. We must make it as difficult as possible to attack our freedoms.”

For a while, terror seemed to have been defeated. Distant events changed the situation drastically.

In Afghanistan, the CIA ran drone strikes against Moslems from a remote and secret base in rural Helmand. Day after day the Predators took off to blow up villages that might or might not harbor a terrorist, thus protecting our freedoms. The base employed a young Afghan driver, Abdul al Hafetz. For reasons of security Abdul was always patted down carefully when he came on base, though he had worked for the Agency for over a year.

On the fourth of October, a month since his sister had been killed by a drone strike on her wedding day, Abdul drove up to the gate of the base. He was patted down. As always, nothing untoward was found. He walked into the main building and blew up in a shattering explosion that left thirteen drone operators dead.

None of the Americans in Afghanistan could think of a reason for this senseless act of carnage. The depth of Islamic hatred of our freedoms was simply incomprehensible. 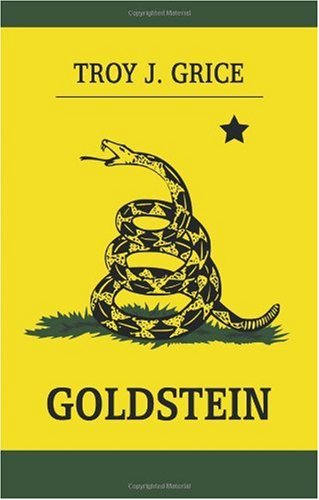 Investigators wanted to know how he had smuggled the explosives into the compound. There was not enough left of Abdul to answer the question. The blast had been powerful. The volume of explosive necessary would have been far to great to have slipped past a careful pat-down. The possibility was considered that a drone-operator had mistaken the compound for a birthday celebration and attacked it. This didn’t make sense, though, because the roof had clearly blown upward. The detonation had come from within.

The true explanation was chilling. In what was thought to be an al Quaeda safe house in Kabul, there was found a manual explaining the mystery. An extremist who hated our democracy could swallow a dozen balloons containing in aggregate over three kilograms of pentaerythryitol tetranitrate, or PETN. A detonator built into a watch would cause it to explode. In a sense, the new technique should have been expected. Drug smugglers had long used the same means to get drugs past customs.

Janet Napolitano rose to the occasion. She called a press conference and said, “these are difficult times and al Quaeda’s continuing assault on our way of life makes sacrifices necessary. Starting today, all passengers will have their stomachs pumped prior to boarding. This will include pilots and cabin crew. We cannot let our democracy be destroyed by extremists.”

Twenty-seven airliners that had flown to Europe refused to come back, and overall air traffic dropped forty-six percent. Upon Napolitano’s pro-active announcement that automated rectal exams would be instituted to further protect our freedoms, traffic fell another ten percent, except in San Francisco.

The Truth About the Criminal Fed Got a New Gun?