Automatic for the People: The AK-47

My work is my life, and my life is my work. I invented this assault rifle to defend my country. Today, I am proud that it has become for many synonymous with liberty.

Recently Mikhail Kalashnikov, the man who designed the AK-47 (Avtomat Kalashnikova model 1947) assault rifle, celebrated his 90th birthday. Though already feted in his Russian homeland as an officially approved hero at three previous events, President Dmitry Medvedev christened him yet again to honor the occasion, this time as a "Hero of the Russian Federation." That was on November 10, 2009 and America for the most part completely ignored the festivities, as Call of Duty: Modern Warfare 2 was released the same day. 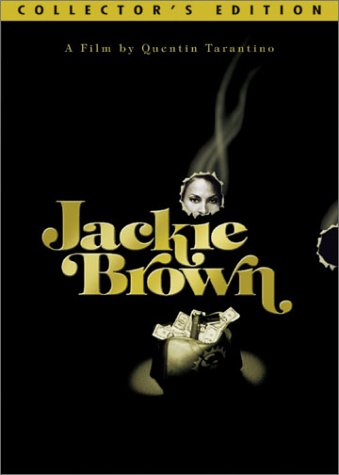 While the US industrial-military complex may get to play with an annual budget which exceeds the rest of the globe combined, they have yet to create a weapon even near the genius of the AK-47. It is so reliable that you can literally drop it in the mud, step on it, pick it up, and fire at will. (Try that with an M-16.) Drop it into a river, fish it off the bottom, and she’ll fire just fine. US and British special forces fighting in the inhospitable badlands of Central Asia are big fans. Combine this amazing reliability with its incredibly cheap production costs and you have the Honda of assault rifles; more of the AK-47 variants have been produced than every other assault rifle combined.

Noting studies that found most rifle combat takes place within close proximity, the rifle has a maximum range of about 300 meters, or 3 1/3 football fields, yet when it comes to being able to hit anything 100 yards is more like it. Since the overwhelming majority of humans are poor shots, semiautomatic or automatic variants are available for your consideration. Six hundred rounds a minute can be placed onto target, but you’d need to be a ridiculously fast loader to reach that number as the curved magazine holds only 30 rounds. 100 to 400 rounds a minute is more realistic, and still plenty. Some versions come with a wooden stock, some with a metal stock which may be folded down for storage; the latter variant is used by mechanized and airborne troops.

Firing a 7.62mm round that can either shred you (if it tumbles when it strikes your body) or leave a nice clean hole (if it passes right through) that can be patched up in a jiffy, the selective fire, gas-operated rifle is so cheap to mass produce and maintain that over 50 armies the world over use it as their chief infantry weapon. Since this leaves a lot of these things laying about, with plenty of ammunition to boot, it’s the preferred weapon of choice for terrorists, Mafia, drug dealers, assorted dictators, and other unsavory types. This fact gives it a rather negative reputation in American eyes; any Hollywood production with a villain almost invariably arms him with an AK-47, never with the M-16, our military’s preferred rifle.

Nonetheless, it is a supremely lethal weapon, giving any slob armed with one the combat ability to take on a professional, and after you throw in its ability to function reliably in any type of climate the Earth can offer it’s easy to understand Samuel L. Jackson’s character from Jackie Brown when he intones, "The AK-47. When you absolutely, positively got to kill every mother****** in the room, accept no substitutes." Not too many people do.

And that includes not just Iraqi and Afghani rebels but American civilians, too, the last served by AK-47—spewing factories from sea to shining sea. And here is where you should give the communists their just due, as it was communism that put the working masses on an equal footing to the political class in the event things devolve into a bar brawl.

Who says that God has no sense of humor, if a rather dark one, when He gives for us the ironic fact that of all the forms of political organization that humans herd themselves into there has been none more reactionary, bloodthirsty, or political than Stalinism, and that’s the one which gave us the cheap to produce, lethal, and amazingly low maintenance AK-47. Besides corpses and vodka, the AK-47 was the only thing communist Russia was ever able to mass-produce.

A guerilla army in today’s world needs little more than an ample supply of AK-47s, something to believe in, and the support of those around them to be unconquerable. That’s all. And Mikhail Kalashnikov, God bless him, has put that ability in the hands of people from one end of the earth to the other. Alexander Hamilton wrote in The Federalist No. 29 that should the federal government ever turn despotic it "can never be formidable to the liberties of the people while there is a large body of citizens, little, if at all, inferior to them in discipline and the use of arms." If every American family had an AK-47 hanging on the wall over the 46" wide-screen plasma, that’d force enough to give any army pause.

So next May Day, assuming you remember it at all, take a moment to honor the memory of the millions slaughtered over the lethally stupid idea of communism, but give a nod to God’s great mercy, to His mysterious way that willed that very same idea to birth the AK-47. It gave to the working masses the ability to defend themselves from the more virulent strain of politicians; it is the sword of the common man. Of all the firearms yet dreamed up by mankind, it is the automatic for the people.

Destabilizing the Economy Chill Out, Lights Out