Neocon of the Year

My old friend John Bolton toasts Dick Cheney as the “HUMAN EVENTS’ Conservative of the Year.”

In explanation, one need go no further than the reasons Bolton cites as Cheney’s qualifications: “In particular, [Cheney’s] vigorous defense of u2018enhanced-interrogation techniques,’" as well as “the critical need to understand that we are in a long, continuing war against international terrorism.”

On the backs of torture and endless war, the conservative movement will roar back in 2010. Q.E.D.

Human Events has been going downhill for a long time. When I lamented its decline in 2007, its editor roared back two weeks later, with an editorial featuring a do-se-do of faux outrage: “Fire the Neocons!” he roared at Bush.

Of course, he wasn’t serious. Would Bush really fire Dick Cheney — could Bush have fired Dick Cheney? And consider: today, while Bush quietly reposes in suburban Texas solitude, Cheney is anything but his old "quiet" self ("quiet" — a sobriquet which Bolton regards as "a plus for Cheney"). Why?

Cheney has come out from under cover for a reason so obvious, no one seems able to admit it: since he was running the show for most of the Bush years, it’s up to him to defend them. After all, he’s only defending himself. And, as in days of yore, he only goes to the few audiences that welcome him — most of the rest of the country is off limits.

While Cheney’s outbursts ooze with self-absorbed treacle, Bush’s silence is also instructive: after all, most of the disastrous decisions weren’t his in the first place. One can chart the foul course, beginning with that fateful third weekend in July 2000, when Cheney cornered Bush into choosing — Cheney! — as VP. Supposedly acting as the seasoned pro “advising” the amateur Bush on his consideration of candidates, Cheney calmly "vetted," then eliminated all the other contenders. They were enraged when Cheney put himself forward without a shred of documentation, when he had demanded of them onerous tons of background information (one recalls that Missouri Senator Jack Danforth, one of the contenders, hurriedly wrapped up just prior to that weekend his "independent" whitewash of Janet Reno at Waco in order to rush back to Saint Louis and put his dossier together — for Cheney, of course).

The past was prologue. For eight years, Cheney was the powerful progenitor of virtually every important foreign policy decision made by the Bush Administration. And it was his to defend.

Remember how Cheney refused to allow Bush to be interviewed alone by the 9-11 Commission? How he insisted that he accompany Bush when they questioned the president? And that he and Bush refused to testify under oath? To put the icing on the cold shoulder, he had the Secret Service frisk the members of the Commission at the door of the Oval Office. Nice. "Colleagues, welcome to the Ministry of Love!"

For sheer chutzpah, Cheney has few peers. While the economy was collapsing in the fall of 2008, Cheney worked overtime — to get Bush to pardon Cheney’s felonious chief of staff, in the manner that Bush’s father had pardoned perjurer Elliott Abrams during the Christmas week of 1992. Cheney, who supposedly had vast business and financial experience (compared to Bush’s woeful lack of same), devoted scant attention or energy to our country’s financial collapse. He single-mindedly sought a pardon for his boy (still referred to with the juvenile name of "Scooter"). By steadfastly refusing, Bush made the only decision of his administration which we can be sure did not originate with Cheney. Perhaps Bush had finally begun to see the light about the man who had run the country from the darkness of his constantly "undisclosed location." Clearly, the light wasn’t a halo.

But as Paul Begala and James Carville used to say of Clinton’s crimes, "Hey, but so what?? That’s old news!!" So today, conservatives are supposed to raise their glasses to Cheney the hero. Or, is he, perhaps, the zero? After all, Cheney celebrated the disastrous wars and lies that tanked the GOP in 2006 and 2008, bringing Obama to power with his filibuster-proof majorities. It is those wars which Cheney now defends, exulting at AEI, for which consistency Bolton and Human Events now praise him. However damaging those policies were to the country, to the world, and to (ahem) the conservative movement, Cheney apparently feels compelled to defend hem because they are, in effect, his patrimony. The Bush years represent Cheney’s record more than Bush’s.

But the lefties on the right are still up to their old tricks. Predictably, Bolton pretends that only the Left dislikes Cheney. It is the classic neocon ploy, perfected by Richer Perle, the pretense that all the enemies of the neocons are on the Left, when in fact Cheney, Obama, and the statist Trotskyite neocons are all peas in the same leftist pod. For proof, one need only observe the election returns, where a total zero with no responsible record dragged a criminal gaggle of Capitol Hill compatriots to power as millions of Republicans headed for the hills. The Bush-Cheney years were probably the most brilliant illustration ever of Pat Buchanan’s famous observation that "it was enough to make conservatives throw up their hands — or just throw up."

So now Dick Cheney brays, proudly dragging before the public the crimes that destroyed the Republican (I did not say "conservative") majorities on Capitol Hill, as well as the livelihood of a few hundred million Americans (not to mention the rest of the world). Why is Cheney so fixated on continuing to visit ruination on the party that elected him, by parading proudly before the world torture and endless war which he defends as our nation’s new Prime Mandate? Is he that dumb?

No, Cheney is not dumb. I think the answer is clearer every day: former Vice-President Cheney is determined to prevent serious, genuine conservatives from ever attaining power in Washington, because they aim to destroy the Leviathan and the bipartisan gang of criminals who run it. For Cheney, having Obama to kick around is just the right recipe, since Obama is mimicking all of Cheney’s moves, including the coy "statesmanship" that requires him to renege on all of his campaign promises. The delightful dialectic, like the endless wars, goes on forever.

Cheney is apparently determined to destroy the GOP in order to save it — from Ron Paul or any other sane, balanced, and modest constitutionalist. For Cheney, two corrupt national parties are necessary to keep America on its course of war, torture, collapse, ruin — and, of course, plunder. That the GOP might serve as a channel for true conservative renewal is repugnant to Cheney, because a repudiation of Cheney would of course be a successful party’s first order of business. 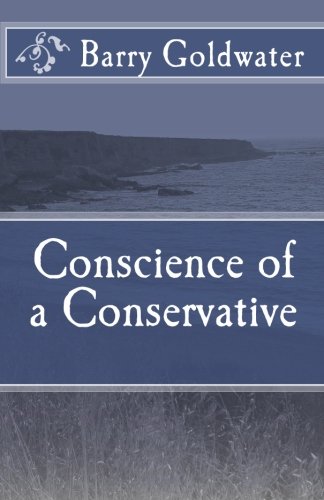 Since only a rump — some twenty percent — of voters are still willing to identify with the GOP, and since Cheney and Bush are still heroes to a majority of that tiny minority, it’s a cinch that true conservatives aiming to win GOP primaries in coming years will have a steep mountain to climb. It’s much more likely that the usual suspects will chant their "back to basics" mantra while cadging to recover their old contracts, donors, jobs, grants, and reservations at the DC Hot Tub, known to the rest of the country as "the Washington sewer."

When conservatism had a conscience, it had principles — precisely those which Cheney, hero of today’s "conservatives," has renounced. I wonder if the folks at Human Events would even recognize them, as Barry Goldwater enunciated them fifty years ago:

"The turn will come when we entrust the conduct of our affairs to the men who understand that their first duty as public officials is to divest themselves of the power that they have been given. It will come when Americans, in hundreds of communities throughout the nation, decide to put the man in office who is pledged to enforce the Constitution and restore the Republic. Who will proclaim in a campaign speech: "I have little interest in streamlining government or in making it more efficient, for I mean to reduce its size. I do not undertake to promote welfare, for I propose to extend freedom. My aim is not to pass laws, but to repeal them. It is not to inaugurate new programs, but to cancel the old ones that do violence to the Constitution, or that have failed in their purpose, or that impose on the people an unwarranted financial burden. I will not attempt to discover whether legislation is "needed" before I have first determined whether it is constitutionally permissible. And if I should later be attacked for neglecting my constituents’ "interests," I shall reply that I was informed their main interest is liberty and that in that cause I am doing the very best I can." [Barry Goldwater, The Conscience of a Conservative, Shepherdsville, Ky., The Victor Publishing Company (1960), p. 17.]

Previous article by Christopher Manion: The Gospel of the Pharisees

Stack Your Immune System Doctor Death Will See You Now