When the Dollar Rallies, the Market Will Crash

Interest rates. The Fed does not need slinky women in plunging necklines to peddle money. All it needs is low interest rates. When rates are pushed lower than the rate of inflation, the Fed provides a subsidy for borrowing. This is not as hard to grasp as it sounds. If I offered to give you $1.00 for very 90 cents you gave me in return, you would buy as many dollars from me as you could. The Fed operates the same way. It generates market activity by creating incentives for borrowing. Borrowing leads to speculation, and speculation leads to steadily rising asset prices. This is how the game is played. The Fed is not an unbiased observer of free market activity. The Fed drives the market. It fuels speculation and controls behavior by fixing interest rates. 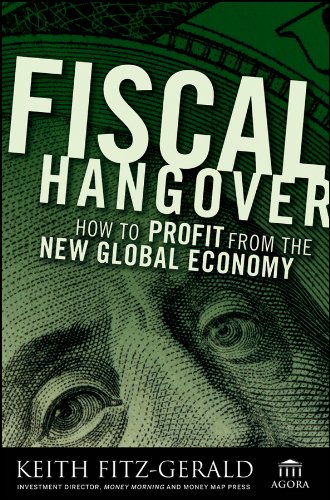 When Lehman Bros flopped last year, markets went into freefall. A sharp correction turned into a full-blown panic. The bubble burst and trillions of dollars in credit vanished in a flash. Trading in exotic debt-instruments stopped overnight. A global sell-off ensued. Markets crashed. For a while, it looked like the whole system might collapse.

The Fed’s emergency intervention pulled the system back from the brink, but the economy is still wracked with deflation. Billions in toxic waste now clog the Fed’s balance sheet. The dollar has fallen like a stone.

When the financial system blows up and credit is sucked down a capital-hole, the economy goes into a downward spiral. Businesses slash inventory and lay off workers, workers have to cut back on spending and credit. That creates less demand for products, which leads to more lay-offs. This is the vicious circle policymakers try to avoid. That’s why Fed chair Ben Bernanke wheeled out the heavy artillery and launched the most aggressive central bank intervention in history.

The Fed dropped rates to zero, but its Quantitative Easing (QE) program (which monetizes the debt) actually pushes rates even lower to roughly negative 2 percent.

Bernanke has underwritten every sector of the financial system with government guarantees. He has provided full-value loans for dodgy collateral which is worth only a fraction of its original value. The market can no longer operate without the Fed. The Fed IS the market, which is why it is foolish to talk about a "recovery". The idea of recovery implies a free-standing system based on supply and demand. But, for now, the government provides the demand, which is why there is no market and no recovery. Analysts at Goldman Sachs sum it up like this:

"How much of the rebound in real GDP was due to the fiscal stimulus, and where do we stand in terms of the effects of stimulus thus far? Although precise answers are impossible at this juncture, several aspects of the report are consistent with our estimates that the fiscal package enacted in mid-February as the American Recovery and Reinvestment Act (ARRA) would have accounted for virtually all of the growth reported for the third quarter."

Positive growth is an illusion created by government spending. The economy is still flat on its back. Consumer spending and credit are in sharp decline. Unemployment is steadily rising (although at a slower pace) and wages are flatlining with a chance of falling for the first time in 30 years. Deflationary pressures are building. The talk of a "jobless recovery" is intentionally misleading. Jobs ARE recovery; therefore a jobless recovery merely points to asset-inflation brought on by erratic monetary policy. Surging stocks shouldn’t be confused with a genuine recovery.

The Fed faces stiff headwinds ahead. Low interest rates can have unintended consequences. The "cheapness" of the greenback has made the dollar the funding currency for the carry trade. Investors are borrowing low-cost dollars and using them to purchase higher-interest assets elsewhere. The process, which is rapidly escalating, is fraught with peril as economist Nouriel Roubini points out in an article in the Financial Times:

"Since March there has been a massive rally in all sorts of risky assets… and an even bigger rally in emerging market asset classes (their stocks, bonds and currencies). At the same time, the dollar has weakened sharply, while government bond yields have gently increased but stayed low and stable…

But while the US and global economy have begun a modest recovery, asset prices have gone through the roof since March in a major and synchronized rally… Risky asset prices have risen too much, too soon and too fast compared with macroeconomic fundamentals.

So what is behind this massive rally? Certainly it has been helped by a wave of liquidity from near-zero interest rates and quantitative easing. But a more important factor fueling this asset bubble is the weakness of the US dollar, driven by the mother of all carry trades. The US dollar has become the major funding currency of carry trades as the Fed has kept interest rates on hold and is expected to do so for a long time. Investors who are shorting the US dollar to buy on a highly leveraged basis higher-yielding assets and other global assets are not just borrowing at zero interest rates in dollar terms; they are borrowing at very negative interest rates…

…This policy feeds the global asset bubble it is also feeding a new US asset bubble… The reckless US policy that is feeding these carry trades is forcing other countries to follow its easy monetary policy… This is keeping short-term rates lower than is desirable… So the perfectly correlated bubble across all global asset classes gets bigger by the day.

But one day this bubble will burst, leading to the biggest co-ordinated asset bust ever: if factors lead the dollar to reverse and suddenly appreciate… the leveraged carry trade will have to be suddenly closed as investors cover their dollar shorts. A stampede will occur as closing long-leveraged risky asset positions across all asset classes funded by dollar shorts triggers a co-ordinated collapse of all those risky assets — equities, commodities, emerging market asset classes and credit instruments." ("The Mother of all Carry Trades Faces an Inevitable Bust," Nouriel Roubini, Financial Times.)

Everyone who watches the market has noticed the inverse correlation of stocks to the dollar. When the dollar fades, stocks soar. And when the dollar strengthens, stocks plunge. Eventually, the dollar will reverse-course and stage a comeback, probably when Bernanke stops his printing operations. That will trigger the next severe correction which will burst bubbles across all asset classes.

Bernanke’s success in reflating sagging asset prices has depended entirely on interest rate manipulation and liquidity injections. There’s been no effort to patch household balance sheets, increase production, or strengthen overall demand. It’s a clever trick by a master illusionist, but it has its costs. When the dollar rallies, markets will crash. And Bernanke will be responsible.

The Best of Mike Whitney