From the mainstream press we read, “As scientists confirm the earth has not warmed at all in the past decade, others wonder how this could be and what it means for Copenhagen. It will be a very cold winter of discontent for the warm-mongers. The climate show-and-tell in Copenhagen next month will be nothing more than a meaningless carbon-emitting jaunt, unable to decide just whom to blame or how to divvy up the profitable spoils of climate change hysteria.

Oklahoma Sen. James Inhofe, the leading Republican on the Environment and Public Works Committee said, “Until this year, any scientist, reporter or politician who dared raise even the slightest suspicion about the science behind global warming was dismissed and repeatedly mocked. Today I have been vindicated.”

And then we find out that hackers broke into the computer network run by the Hadley Climate Research Unit, removing 61 megabytes of e-mails and data, which they promptly spilled onto the Web and reveal something startling: The scientists at Hadley, one of the world’s leading climate change study centers, aren’t scientifically objective at all. If true, this is massive scientific fraud.

It was almost two years ago that I first reported on Global Cooling and I had waited a full year before I did so because I wanted to be sure before I risked being such a contrarian on this hugely important subject. Now even the BBC is weighing in on global cooling as are many others. 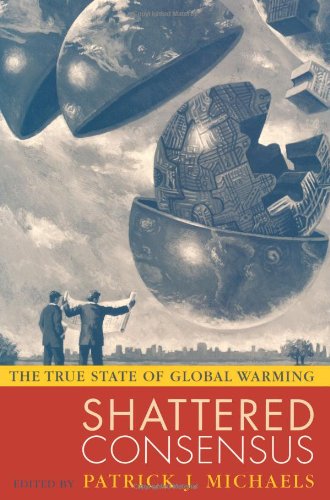 October 2009 will go down as the 3rd coolest October on record for the United States, according to the National Climatic Data Center (NCDC). Records go back to 1880.

The mainstream press is finally coming to the conclusion that the entire climate debate about global warming is about to collapse so they had better get out of that game and come clean with what is happening with the sun and what that means for planet earth and all the people on it. The global warming gig has played itself out and has only gone on as long as it has because climate change was a weapon for more mass taxation.

Global warming is hard to maintain as heaters across the country are being turned on much earlier than usual. Stunning records for cold were set across the nation increasing the demand for heating fuels over the weekend. The Chicago Marathon, according to the Chicago Tribune, had its coldest start since a 33 degree low in 2002 which they say was a far cry from 2007 when temperatures soared into the upper 80s and officials canceled the marathon after 3 1/2 hours into the event.

In Denver it was reported that an arctic cold front moved in and broke a cold temperature record that stood for 104 years. In fact on the 9th of October Denver saw temperatures plunge 23 degrees in five hours setting the stage to make that record low. There were record lows in many parts of the country like Wyoming, Utah, Illinois and Iowa and if records were not broken in many areas it was extremely close.

So it might be a long hard winter in the northern hemisphere and that is bad news for the many who can hardly afford increased heating bills. It was not that long ago that we read the headlines of thousands dying from the heat; soon it will be from the cold and already we are hearing of the mounting deaths from the flu, which gets its fuel from the cold weather.

Throughout history we have had men and women leaders from the earliest times leading humanity toward destruction and ruin and it is not hard to understand their motives of corruption, power and greed. In December leaders from all over the world are gathering in Copenhagen and the good news about this meeting is that God himself did an end run around them mocking the meeting and exposing these men and women who work for the world’s elite; who just cannot seem to get it straight what it means to be a human being. The Copenhagen Treaty was meant to create a world government for the purpose of policing all nations for their carbon emissions but they are being foiled by Nature who just does not want to cooperate. The best laid plans of both mice and men get broken asunder and that’s just the way life is.

As politicians they were making their plans to sign an international treaty about global warming and carbon taxes – setting up structures for increased power of the now partially in place world government – record-breaking cold temperatures were being set in both Europe and America. We still see news about global warming when it is clear that the world is in a period of cooling as the sun cycles down and sun spots vanish and the oceans cool. 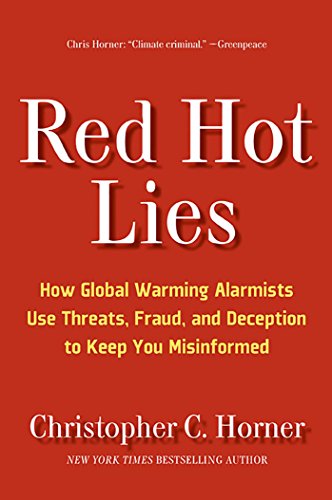 As a startling example of how a central world leader can weigh in on the wrong side; a few weeks ago U.N. Secretary-General Ban Ki-moon said he’s hopeful the U.S. Senate will pass a significant bill to limit carbon emissions because of global warming. Such is the arrogance of the world’s elite and the political people who follow them that even with the deep chill surrounding window panes everywhere even before real winter sets in they had every intention of signing this treaty until President Obama threw in the towel.

Prof. Don J. Easterbrook comes to the conclusion, “Global warming (i.e., the warming since 1977) is over. The minute increase of anthropogenic CO2 in the atmosphere (0.008%) was not the cause of the warming – it was a continuation of natural cycles that occurred over the past 500 years. The PDO cool mode has replaced the warm mode in the Pacific Ocean, virtually assuring us of about 30 years of global cooling, perhaps much deeper than the global cooling from about 1945 to 1977. Just how much cooler the global climate will be during this cool cycle is uncertain. Recent solar changes suggest that it could be fairly severe, perhaps more like the 1880 to 1915 cool cycle than the more moderate 1945–1977 cool cycles. A more drastic cooling, similar to that during the Dalton and Maunder minimums, could plunge the Earth into another Little Ice Age, but only time will tell if that is likely.”

Meanwhile despite the international financial crisis pollution is still increasing as we continue to blanket the planet with mercury from coal fired electrical plants around the world. Mercury and thousands of other chemicals continue to be released in staggering tonnages and this is the real threat that we and our children face. Again they had most people worrying about the wrong thing – our old friend CO2.

Should we count the huge tonnage of Coke and Pepsi into our calculations of poisons released on earth directly into peoples’ guts?

Things are quite a bit different today than in 1918 when the last pandemic (first large experimental vaccine program) happened. Today people and our children are walking chemical time bombs. Diseases are accidents only waiting to happen and the triggers that will set us off get more fine-haired every year. The global catastrophe with chronic diseases like cancer, diabetes, heart and neurological diseases has more too do with chemical poisoning running head on into nutritional deficiencies; and the fact that too many have lost their souls and don’t know truth from untruth anymore than anything else.

We could easily conclude that vaccines and influenza viruses both are hair triggers but for some unfortunately they are hard hammers.

Bernanke's Lying Ways Will You Survive?