The Triumph of Socialism

Do you think ideas don’t matter, that what people believe about themselves and their world has no real consequence? If so, the following will not bug you in the slightest.

A new BBC poll finds that only 11 percent of people questioned around the world — and 29,000 people were asked their opinions — think that free-market capitalism is a good thing. The rest believe in more government regulation. Only a small percentage of the world’s population believes that capitalism works well and that more regulation will reduce efficiency.

One-quarter of those asked said that capitalism is “fatally flawed.” In France, 43 percent believe this. In Mexico, it is 38 percent. A majority believes that government should rob the rich to give money to poor countries. In only one country, Turkey, did a majority say that less government is better.

It gets even worse. While most Europeans and Americans think it was a good thing for the Soviet Union to disintegrate, people in India, Indonesia, Ukraine, Pakistan, Russia, and Egypt mostly think it was a bad thing. Yes, you read that right: millions freed from socialist slavery: bad thing.

That news must lift the heart of every would-be despot the world over. And it comes as something of a shock twenty years after the collapse of socialism in Russia and Eastern Europe revealed what this system had created: backward societies with citizens who lived short and miserable lives. Then there is the China case, a country rescued from bloody barbarism under communism and transformed into a modern and prosperous country by capitalism.

What can we learn? Far from not having learned anything, people have largely forgotten the experience and have developed a love for the ancient fairytale that all things can be fixed through collectivism and central planning.

As to those who would despair at this poll, consider that it might have been much worse were it not for the efforts of a relative handful of intellectuals who have fought against socialist theory for more than a century. It might have been 99% in support of socialist tyranny. So there is no sense in saying that these intellectual efforts are wasted.

Ideas also have a life of their own. They can lie in waiting for decades or centuries and then one day, the whole of history turns on a dime. Especially these days, no effort goes to waste. Publications and essays, or any form of education, is immortalized, ready for the taking by a desperate world.

As for the opinion poll, we have no idea just how intensely these views are held or even what they mean. What, for example, is capitalism? Do people even know? Michael Moore doesn’t know, else he wouldn’t be calling bailouts for elite, Fed-connected financial firms a form of capitalism. Many other people reduce the term capitalism to: “the system of economics in the U.S.” It is no more complicated than that. This is despite the reality that the U.S. has a comprehensive planning apparatus in place that is directly responsible for all our current economic troubles.

Now, let’s take this further. Among the people around the world who do not like the U.S. empire, many believe they don’t like capitalism either. If the U.S. economy drags the world down into recession, that is a prime example of capitalism’s failure. Even more preposterous, if you didn’t like George W. Bush, his ways and his cronies, and Obama is something of a relief, then you don’t like capitalism and you do like socialism.

Another point of view misunderstands the idea of capitalism itself. It is not about creating economic structures that benefit capital at the expense of labor or culture or religion. It is about a system that protects the rights of everyone and serves the common good. Capitalism is just the name that happened to be identified with this system. If you want to call freedom a banana, fine. What matters is not words but ideas.

I do know that none of these messed-up definitions of capitalism follow. You know this too. But for the world at large, serious ideological analytics are not the animating force of daily life. Many people attach themselves to vague slogans.

Further, as Rothbard has forcefully argued, free-market capitalism serves no more than a symbolic purpose for the Republican Party and for conservatives. Economic liberty is the utopia that they keep promising to bring us, pending the higher priority of blowing up foreign peoples, jailing political dissidents, crushing the left wing on campus, and routing the Democrats.

Once all of this is done, they say, then they will get to the instituting of a free-market economic system. Of course, that day never arrives, and it is not supposed to. Capitalism serves the Republicans the way Communism served Stalin: a symbolic distraction to keep you hoping, voting, and coughing up money. 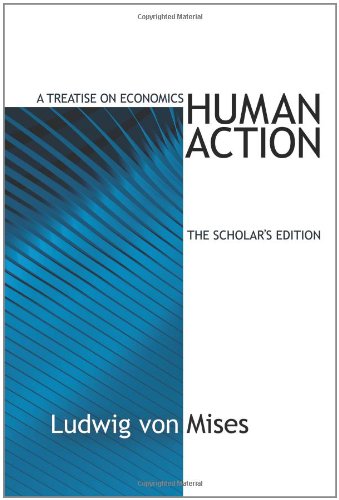 All of which leaves true capitalism — a product of the voluntary society and the sum total of all the exchanges and cooperative acts of people all over the world — with few actual intellectual defenders. They are growing, but the educational work we need to do is daunting, and we are facing the most powerful forces in the world.

There is nothing new in this. In the history of the world, freedom is the exception, not the rule. It must be fought for anew in every generation. Its enemies are everywhere, but the leading enemy is ignorance. For this reason, the main weapon we have at our disposal is education.

Education includes explaining that socialism is an unworkable idea. There is nothing better than Ludwig von Mises’s 1922 book Socialism, a comprehensive presentation of the fallacy of the socialist idea. Another essential work is the Black Book of Communism. Here we have a wake-up call that shows that the dream of socialism is actually a bloody nightmare.

Then there is the issue of the positive case for capitalism. One can do no better than Mises’s own Human Action, which is not likely to ever be surpassed as a treatise on the free economy. True, it is not for everyone. And that’s fine. There are many primers out there too.

The fashion for socialism and the opposition to capitalism should alarm every lover of freedom the world over. We have our jobs cut out for us, but with numbers this bad, it is not difficult to make a difference. Every blow you can land for free markets helps protect freedom from its enemies.