It is clear that our current form of government is broken. It does not work, it is abusive and inefficient. Our form of democracy is nothing more than mob rule: If 51 people out of 100 are in favor of something then the remaining 49 must endure it as well. For example, the last presidential election saw almost 70 million people vote for Obama and almost 60 million voted against him. The fact that he won the election means that almost half of the people who voted, 46%, are left without representation in the executive branch in our government. That is to say that 60 million Americans are left scratching their heads for at least the next four years. How is that a government of the people, by the people and for the people? It is more aptly labeled a government of the mob, by the mob and for the mobsters.

I’ll call it a "Pay to Play" model so the politicians will be able to relate to it. Instead of the government deciding what services they should provide Americans and forcing Americans to pay for those services whether they want to or not, the government would instead be more like a consultant.

Firstly, if our representatives in Washington have an idea for new legislation then they can propose it and vote on it but then they would have to float it to their respective constituencies for funding. The new government program cannot be funded forcibly but rather voluntarily by those Americans supporting it. If the government can’t raise enough money voluntarily then the program cannot be implemented. This is a simple vote of confidence by the American people in the new program. Those that support it can be identified and benefit from it and those that do not, will be excluded. Funding can be done online just like any of millions of existing private programs that are funded in a similar fashion.

Secondly, all legislators advocating and voting for a new government program must participate and donate to that program. They have no choice. This only makes common sense. How can one vote in favor of a program and yet not participate in it? Good leadership would mandate that our legislator lead by example.

Thirdly, legislators advocating preemptive war must be the first to go to the war zone after the attack. Additionally, the members of their family of fighting age must enlist for duty. Certainly our heroic legislators and other politicians like the Maverick, the Lion and the Rogue wouldn’t expect American citizens to do something they wouldn’t be willing to do themselves to ensure America’s national security.

Legislator’s salaries are to be determined by their constituency. Again, those supporting a representative or senator donate to his office. This is a direct and clear vote of confidence in their congressman. If they voted for him then they certainly won’t have a problem paying for him. If he or she decides that they no longer want the job because they don’t make enough money then they can quit and a new person is elected.

The president’s salary is to be determined by his constituency; that is to say the people that voted for him. This is a direct and clear vote of confidence in the president. If they voted for him then they certainly won’t have a problem paying for him. If the president decides he no longer wants the job because he doesn’t make enough money then he can quit and a new person is elected. Of course such a payment scheme for our president and legislators will weed out those who are in it for the money and those that are in it for the good of the American people.

Finally, all existing government Departments, Agencies, Bureaus, Offices, Commissions etc… are funded voluntarily by those that support them. For example: if I don’t want to help fund the Department of Education then I don’t, and therefore my children cannot attend any public school. But those that do support the DOE can donate as much as they want and their kids can attend.

It’s probably obvious by now that this model advocates a free market—type strategy to government: if one feels he’s better off by purchasing the government’s services then they are free to do so. Otherwise they don’t have to. This would make the government a true competitor in the economy. If they want their programs to be funded, then they would have to prove to their constituencies that they are worth it. Unfortunately, I think the federal government would go out of business, which it should. 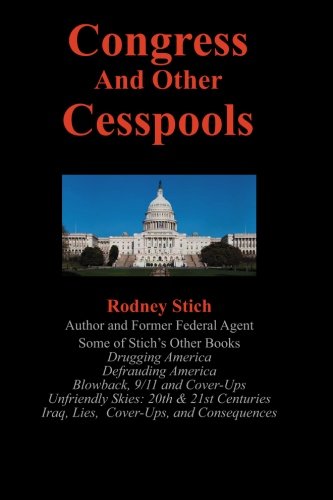 Now those educated in public policy economics will immediately say that this sort of model would never work for a number of reasons. First of all there is the free rider problem: how do you exclude people from taking advantage of public programs which they didn’t pay for? To which I would counter: supporters and financial contributors to any government program would be aware that these programs will have free riders and therefore be more hesitant to donate. This would mean then that many more government programs would be underfunded and never be implemented, as it should be. Only if people felt that the benefits of the program outweighed the risks including free riders would they be willing to fund it. Of course the free rider problem exists in any public program and is a costly part of our existing government. This new model would mitigate, if not eliminate, this problem and save Americans hundreds of billions of dollars a year.

Then proponents of big government will argue that there are certain functions that the government must provide and for which they are in fact the only entity that can provide those services. Other than a national defense force, a court system for enforcing private property rights and a sound currency I would say they are wrong.

Governments start wars not people. With a much smaller government and the above military requirements of our heroic leaders, I think we would be at war much less and the military-industrial complex would come to a screeching halt.

I realize that, as much sense as some sort of competitive government makes, it will never happen. It proposes complete government transparency (seems like I’ve heard that promise somewhere before), improved efficiency, improved welfare and possible unprecedented economic growth. Now we can’t have that can we?

Previous article by Don Cooper: The Department of Gomer Pyle