Liberty, the Mother of Order

Nobody, not even those in the government, knows what is going to happen in life. People are not automatons. There is a certain regularity to life; the earth revolves on its axis such that the sun “rises” every morning and “sets” every evening, but neither my life nor yours repeats itself exactly as the day before. I can leave my place of businesses wondering whether we will have work to do the next day. When I return the following morning, before we even open, people appear: one needs chicken feed, another horse feed; two have cars that need repair; one wants a transmission flush; another needs four new tires. All this unscheduled work appears overnight. People’s desires change; babies are born; people die; there are new inventions; people have accidents; people make new discoveries (they have a flat tire, they have run out of feed). If one were a government planner, one could either react to this with amazement and wonderment or disgust. Should people have the liberty to do what they want with their bodies and property or should there be some central institution that tells them what to do and controls all this activity? Does private property provide us with a means to a peaceful and prosperous world? Or should things be “dictated” by the State and its directives? Is liberty the mother of order in our human societies? As Wendell Berry once wrote, is the “attempt at total control … an invitation to disorder [and disaster]” or just what humans need?*

Butler Shaffer in his new (2009) book, Boundaries of Order: Private Property as a Social System, argues that "individual liberty and social order are obverse sides of the same coin." (xiii) A harmonious society can only come about if people are not coerced by thieves, muggers, murderers, gang members, or government agents, who in the process of exercising violence force people to do what they would not otherwise choose to do. In other words, voluntary exchanges take place only because both parties expect to benefit. The spontaneous actions of millions of individuals aim at nothing less than the improvement in their well-being. But people can only act if they have property to act with. They must use their bodies in some specific space (even if they do nothing but think with their mind, they are somewhere). That is why private property constitutes a social system, and why such a system brings about higher standards of living. People are not always successful, but in the vast majority of exchanges they do better themselves.

The underlying theme of his book, as Shaffer describes it, is "that our traditional institutional model [of government] is not only no longer useful to, but actually destructive of, the purposes for which we have long embraced it. This book will suggest and explore an alternative model for the peaceful and productive conduct of society." (25) This paradigm is based "on the principle of the private ownership of property; that freedom is possible only when private ownership claims are respected”; and that the very "existence of political systems" means that private property has been violated. (xiii) Using private property as a yardstick three critical questions need be answered in any social conflict – 1) Whose property is it? 2) Who has aggressed? and 3) Who has been aggressed against? With a slightly different twist, one can determine the amount of government aggression in society by asking – how much of a criminal does one become by minding one's own business; and to what extent do government employees confiscate property? In short, if you can ignore the government, by using your own property as you choose, and if the government does not put you in jail or seize your property for failure to pay your taxes, then you're probably facing an institution that possesses little coercive power. 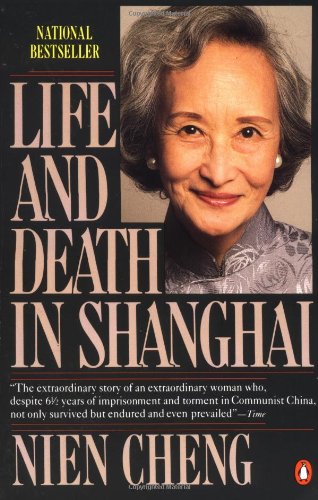 One of the recurring observations throughout this book is that regardless of "[w]hatever system of ownership is in place, someone will exercise decisional authority over property." (6) Whether one is living under Hitler's national socialism, Stalin's communism, Britain's Fabianism, or American democracy every political system must answer the question: "how are decisions to be made in the world, and who will make them?" (9) The reason for this is the “need of all living things to occupy space and ingest energy." (133) "Each of us must be able to exclude others from the use and consumption of resources necessary for our survival." (123) In other words, private property “is at the core of” our humanness and “our well-being.” (133) We must own ourselves and then the property that we require for survival.

A perfect example of how a collectivist system must answer the question “who decides on the use of scarce resources” is found in a short scene from Nien Cheng's Life and Death in Shanghai (pp. 406–407 in the 1988 edition). The author, after having been imprisoned for six years, was released and wanted to have a brick wall constructed in order to create a small bedroom in her hallway. In order to do so, she had to bribe the driver of an electrical utility truck to help transport the bricks. In answer to the author's query as to whether this was legal, and whether or not the mileage and gas consumption of the truck was checked, the driver answered

"Don't forget, in a socialist state, everything belongs to the people. You and I are part of the people." …

"Well to tell you the truth, I feel uneasy about using this truck, for my private purposes. I don't really think it's right."

"We have public ownership in China. Right? Who is the public? We are. Right?"

So despite the long-standing claim of collective ownership in a communist society, the driver of the truck decided who could make use of it as a tool of transport. Someone has to decide, whether it is an individual, or a committee, or a politician, or a policeman. The idea that there can be societal-wide collective ownership is a propaganda myth. Furthermore, as Shaffer points out, the ultimate test of ownership comes down to this: "who can decide, without getting the permission of another, to destroy […]his property?" (171) The truck driver could not decide whether or not to destroy the people’s truck, nor could the utility manager. Ultimately, Mao Zedong or someone or some group of people within the Communist Party held that decision-making power.

As in his earlier works, Shaffer refers to chaos and complexity theory, and points out that an orderly system may arise out of apparent disorder. (65) "[T]he substance of social order is found in the regularities that arise, spontaneously and without any intention to do so, from the interplay of [voluntary] human behavior.” (73) Three important observations in this regard are: first, that each person's capacity to obtain accurate information on which to make decisions is limited; second, that the further a person is from the actual source of knowledge, the more likely there is room for error; and third, that “when we allow the [S]tate to make decisions for an entire population, we run the risk of utter disaster should the” decision be wrong. (44, 280) Decision-making by those who risk their own property not only localizes the impact of wrong choices, but allows people everywhere the freedom to copy those who succeed. (42, 84) 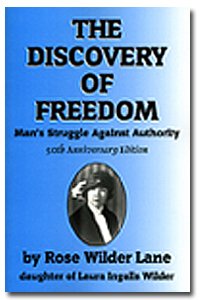 Boundaries of Order is the result of many decades of the author's thinking about the interrelatedness of social order and private property. He clearly comes down on the side of voluntaryism, arguing “that liberty and order imply one another.” (297) In other words, voluntaryism comes about naturally if no one does anything to stop it. This book is not for a budding, or even beginning, voluntaryist. It requires deep concentration, patience, and assumes a basic familiarity with the concepts of self-ownership and homesteading. Although Shaffer embraces the idea that the first to claim and use an un-owned resource thereby becomes its legitimate owner, he also recognizes that without the support of one's neighbors, one's claim to ownership will never be respected. As Rose Wilder Lane explained in The Discovery of Freedom (pp. 109–110 in the 1943 edition), the protection of our property ultimately depends upon human decency.

The only safeguards of property seem to have been possession of the property, individual honesty, and public opinion.

… [C]abins were never locked on the American frontier where there was no law. The real protection of life and property, always and everywhere, is the general recognition of the brotherhood of man. How much of the time is any American within sight of a policeman? Our lives and our property are protected by the way nearly everyone feels about another person's life and property.

With that Butler Shaffer would surely agree.

*Numbers within parentheses refer to Shaffer’s book unless otherwise noted. The expression “Liberty, not the daughter, but the mother of order” was attributed to Pierre-Joseph Proudhon by Benjamin Tucker, who used it as the flag on his anarchist paper, Liberty, for many years. The quote by Wendell Berry is attributed (by James C. Scott in his book, Seeing Like a State [1998], p. 288), to Berry’s book The Unsettling of America.