Thursday is a fateful day for the world, as the US, other members of the United Nations Security Council, and Germany meet in Geneva with Iran in a bid to resolve outstanding issues. Although Iranian president Mahmoud Ahmadinejad had earlier attempted to put the nuclear issue off the bargaining table, this rhetorical flourish was a mere opening gambit and nuclear issues will certainly dominate the talks. As Henry Kissinger pointed out, these talks are just beginning and there are highly unlikely to be any breakthroughs for a very long time. Diplomacy is a marathon, not a sprint.

But on this occasion, I thought I’d take the opportunity to list some things that people tend to think they know about Iran, but for which the evidence is shaky.

Belief: Iran is aggressive and has threatened to attack Israel, its neighbors or the US

Reality: Iran has not launched an aggressive war in modern history (unlike the US or Israel), and its leaders have a doctrine of "no first strike." This is true of Supreme Leader Ali Khamenei, as well as of Revolutionary Guards commanders. 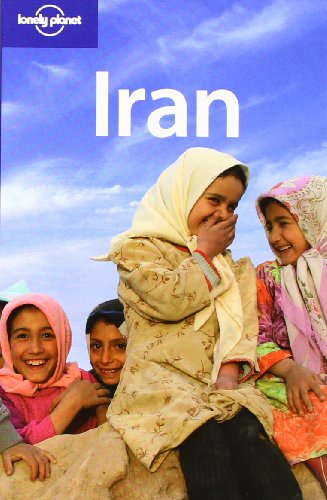 Belief: Iran is a militarized society bristling with dangerous weapons and a growing threat to world peace.

Reality: Iran’s military budget is a little over $6 billion annually. Sweden, Singapore and Greece all have larger military budgets. Moreover, Iran is a country of 70 million, so that its per capita spending on defense is tiny compared to these others, since they are much smaller countries with regard to population. Iran spends less per capita on its military than any other country in the Persian Gulf region with the exception of the United Arab Emirates.

Belief: Iran has threatened to attack Israel militarily and to "wipe it off the map."

Reality: No Iranian leader in the executive has threatened an aggressive act of war on Israel, since this would contradict the doctrine of "no first strike" to which the country has adhered. The Iranian president has explicitly said that Iran is not a threat to any country, including Israel.

Belief: But didn’t President Mahmoud Ahmadinejad threaten to ‘wipe Israel off the map?’

Reality: President Mahmoud Ahmadinejad did quote Ayatollah Khomeini to the effect that "this Occupation regime over Jerusalem must vanish from the page of time" (in rezhim-e eshghalgar-i Qods bayad as safheh-e ruzgar mahv shavad). This was not a pledge to roll tanks and invade or to launch missiles, however. It is the expression of a hope that the regime will collapse, just as the Soviet Union did. It is not a threat to kill anyone at all.

Actuality: Some are, some aren’t. Former president Mohammad Khatami has castigated Ahmadinejad for questioning the full extent of the Holocaust, which he called "the crime of Nazism." Many educated Iranians in the regime are perfectly aware of the horrors of the Holocaust. In any case, despite what propagandists imply, neither Holocaust denial (as wicked as that is) nor calling Israel names is the same thing as pledging to attack it militarily.

The Best of Juan Cole