Thirty Years On, the Holocaust In Cambodia and Its Aftermath Is Remembered

The aircraft flew low, following the Mekong River west from Vietnam. Once over Cambodia, what we saw silenced all of us on board. There appeared to be nobody, no movement, not even an animal, as if the great population of Asia had stopped at the border.

Whole villages were empty. Chairs and beds, pots and mats lay in the street, a car on its side, a bent bicycle. Behind fallen power lines lay or sat a single human shadow; it did not move. From the paddies, lines of tall wild grass followed straight lines. Fertilized by the remains of thousands upon thousands of men, women and children, these marked common graves in a nation where as many as two million people, or more than a quarter of the population, were "missing."

At the liberation of the Nazi death camp in Belsen in 1945, The Times correspondent wrote: "It is my duty to describe something beyond the imagination of mankind." That was how I felt in 1979 when I entered Cambodia, a country sealed from the outside world for almost four years since "Year Zero." 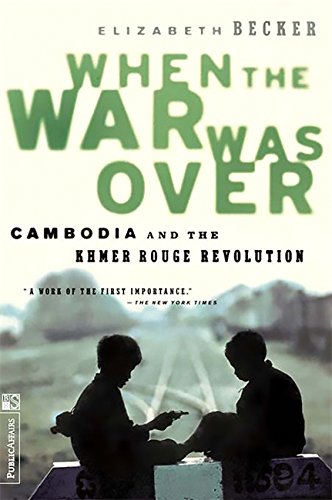 Year Zero had begun shortly after sunrise on April 17, 1975 when Pol Pot’s Khmer Rouge guerrillas entered the capital, Phnom Penh. They wore black and marched in single file along the wide boulevards. At one o’clock, they ordered the city abandoned. The sick and wounded were forced at gunpoint from their hospital beds; families were separated; the old and disabled fell beside the road. "Don’t take anything with you," the men in black ordered. "You will be coming back tomorrow."

Tomorrow never came. An age of slavery began. Anybody who owned cars and such "luxuries," anybody who lived in a city or town or had a modern skill, anybody who knew or worked with foreigners, was in grave danger; some were already under sentence of death. Out of the Royal Cambodian Ballet company of 500 dancers, perhaps 30 survived. Doctors, nurses, engineers, teachers were starved, or worked to death, or murdered.

For me, entering the silent, gray humidity of Phnom Penh was like walking into a city the size of Manchester in the wake of a nuclear cataclysm which had spared only the buildings. There was no power, no drinking water, no shops, no services of any kind. At the railway station trains stood empty at various stages of interrupted departure. Personal belongings and pieces of clothing fluttered on the platforms, as they fluttered on the mass graves beyond.

I walked along Monivong Avenue to the National Library which had been converted to pigsty, as a symbol, all its books burned. It was dreamlike. There was wasteland where the Gothic Roman Catholic cathedral had stood; it had been dismantled stone by stone. When the afternoon monsoon rains broke, the deserted streets were suddenly awash with money. With every downpour a worthless fortune of new and unused banknotes sluiced out of the Bank of Cambodia, which the Khmer Rouge had blown up as they fled.

Inside, a checkbook lay open on the counter. A pair of glasses rested on an open ledger. I slipped and fell on a floor brittle with coins.

For the first few hours I had no sense of even the remains of a population. The few human shapes I glimpsed seemed incoherent, and on catching sight of me, would flit into a doorway. A child ran into a wardrobe lying on its side which was his or her refuge. In a crumbling Esso filling station an old woman and three emaciated infants squatted around a pot containing a mixture of roots and leaves, which bubbled over a fire fueled with paper money: such grotesque irony: people in need of everything had money to burn.

At a primary school called Tuol Sleng, I walked through what had become the "interrogation unit" and the "torture and massacre unit." Beneath iron beds I found blood and tufts of hair still on the floor. "Speaking is absolutely forbidden," said a sign. "Before doing something, anything, the authorization of the warden must be obtained."

After a while, one sound had a terrible syncopation: rising and falling day and night. Without milk and medicines, children were stricken with preventable disease like dysentery. It seemed that the very fabric of the society had begun to unravel. The first surveys revealed that many women had stopped menstruating. 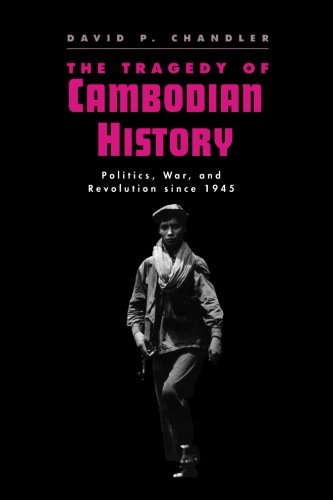 What compounded this was the isolation imposed on Cambodia by the West because its liberators, the Vietnamese, had come from the wrong side of the cold war, having driven America out of their country in 1975. Cambodia had been the West’s dirty secret since President Richard Nixon and his national security adviser Henry Kissinger ordered a "secret bombing," extending the war in Vietnam into Cambodia in the early 1970s, killing hundreds of thousands of peasants. "If this doesn’t work," an aide heard Nixon say to Kissinger, "it’ll be your ass, Henry." It worked in handing Pol Pot his chance to seize power.

When I arrived in the aftermath, no Western aid had reached Cambodia. Only Oxfam defied the Foreign Office in London, which had lied that the Vietnamese were obstructing aid. In September 1979, a DC-8 jet took off from Luxembourg, filled with enough penicillin, vitamins and milk to restore some 70,000 children — all of it paid for by Daily Mirror readers who had responded to my reports and Eric Piper’s pictures in two historic issues of the paper which sold every copy.

Following on from the Mirror, on October 30, 1979, ITV broadcast Year Zero: the silent death of Cambodia, the documentary I made with the late David Munro. Forty sacks of post arrived at the ATV studios in Birmingham, with 1 million in the first few days. "This is for Cambodia," wrote an anonymous Bristol bus driver, enclosing his week’s wage. An elderly woman sent her pension for two months. A single parent sent her savings of 50. People expressed that unremitting sense of decency and community which is at the core of British society. Unsolicited, they gave more than 20 million. This helped rescue normal life in faraway country. It restored a clean water supply in Phnom Penh, stocked hospitals and schools, supported orphanages and reopened a desperately needed clothing factory.

Such an extraordinary public outpouring broke the US and British governments’ blockade of Cambodia. Incredibly, the Thatcher government had continued to support the defunct Pol Pot regime in the United Nations and even sent the SAS to train his exiled troops in camps in Thailand and Malaysia. Last March, the former SAS soldier Chris Ryan, now a best-selling author, lamented in a newspaper interview "when John Pilger, the foreign correspondent, discovered we were training the Khmer Rouge in the Far east [we] were sent home and I had to return the 10,000 we’d been given for food and accommodation."

Today, Pol Pot is dead and several of his elderly henchmen are on trial in a UN/Cambodian court for crimes against humanity. Henry Kissinger, whose bombing opened the door to the nightmare of Year Zero, is still at large. Cambodians remain desperately poor, dependent on an often seedy tourism and sweated labor.

For me, their resilience remains almost magical. In the years that followed their liberation, I never saw as many weddings or received as many wedding invitations. They became symbols of life and hope. And yet, only in Cambodia would a child ask an adult, as a twelve-year-old asked me, with fear crossing his face: "Are you a friend? Please say."

John Pilger was born and educated in Sydney, Australia. He has been a war correspondent, filmmaker and playwright. Based in London, he has written from many countries and has twice won British journalism’s highest award, that of "Journalist of the Year," for his work in Vietnam and Cambodia. His latest book is Freedom Next Time: Resisting the Empire.

Previous article by John Pilger: The Smooth Operator From Chicago

All Hail Halloween Don't Be a Vaccine Victim