On the Receiving End of Democracy

For might makes right, And till they’ve seen the light, They’ve got to be protected, All their rights respected, Till somebody we like can be elected.

~ Tom Lehrer (Lyrics from his "Send the Marines")

"Democracy" is a central part of the mantra by which the modern political establishment continues to exercise the same monopoly on the use of violence that was enjoyed by earlier monarchs and warlords. The rationale for the political domination of the more numerous by the few has morphed from "divine right of kings" to "democracy," each serving, during its time, to convince people of the propriety of their subservience to power. There have been many definitions of "democracy" — none more to the point than those offered by the likes of H.L. Mencken and Ambrose Bierce. My own definition is that "democracy is the illusion that my wife and I, combined, have twice the political influence of David Rockefeller." 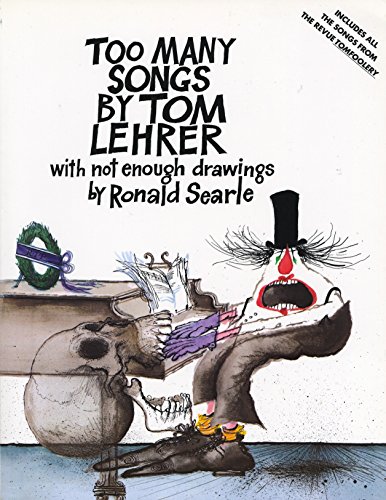 This concept has been used to camouflage the violation of the values and principles upon which democratic societies are allegedly based: the protection of life, liberty, and property; respect for human rights; and the belief that the state should represent and be controlled by the general population rather than by privileged elites. From at least the time of Woodrow Wilson’s warmongering to "make the world safe for democracy," to current efforts to "make the world safe for democracy," most Americans have accepted this state of perpetual war as one whose totality of costs could be measured solely in dollars and the lives of American soldiers. It was not until 9/11 that American civil society was on the receiving end of what Lord Byron called "the feast of vultures, and the waste of life"; an experience that most thought was supposed to be confined to other people in other lands.

As growing numbers of thoughtful Americans begin to question the war system — and the thinking that makes it possible — it is timely to consider how the imposition of "democracy" through "shock-and-awe" bombing raids, the massive destruction of homes, and the slaughter of members of the electorate is having on its "let’s pretend" beneficiaries. Whatever one’s opinions about the virtues of democratic systems, or of the self-contradictory efforts to prescribe them through warfare and conquest, reason demands that careful attention be paid to the views of those being made subject thereto. To this end, a "Statement of the Islamic Emirate of Afghanistan (Taliban): Regarding the Runoff Elections" in that country has been obtained and made public by the NEFA Foundation. The statement was issued on October 25, 2009, and its translation is reproduced here in its entirety.

"For the past eight years, the sole invaders of the world have embarked on an ambitious road aimed at slapping an illegitimate rule on the Afghan people and mobilizing views of the public of the world in their own favor. They are trying to trouble the water and then fish in it. Time and again, they resort to staging parodies under the name of Loya Jirga and elections in order to distract the attention of the people from their unlawful invasion and confound the mind of the public. But still, these wicked maneuverings have not availed them [of the] capability to achieve their evil goals, nor they have been able to divert the attention of the people from their invasion. Contrarily, their conspiracies and collusion have been exposed and lost their credibility in the sight of the masses."

"Some time ago, the invaders conducted presidential and provincial council elections concurrently in order to legitimize their handpicked regime. But the elections revealed flagrant fraud in addition to bring to [the] open the fact that the invaders’ conspiracies have lost their flagrance. The invaders realized that our people not only boycott the elections and avoided going to the polling stations but also took part shoulder to shoulder with Mujahideen to neutralize the fraudulent plots of the enemy. It was because of their efforts, that the enemy achieved nothing from staging the elections drama."

"At…[the international] level, every one knows the elections were no more than an eyewash. The elections substantiated the well-known quotes of our leader who had said one year ago that the real decision was taken in Washington. It is never taken on the basis of the votes of the Afghans. The enemy is trying to prolong the drama which is now…in full swing. Therefore, they have decided to conduct the election once again and keep the attention of our countrymen and the public of the world diverted in order to hide their defeat…[on] the…[battle] field."

"The Afghans know why the elections are being held and what for? And what will be its certain outcome. The Afghans also know that the format of the current elections will not be different from the past elections. Furthermore, the Afghan nation has been witnessing the shameful posturing and political collusions. The clandestine motives behind the announcement for the runoff could be understood from the suffocated voice and the pale countenance of the besieged miserable president! The people witnessed…how powerless and incapable was the Independent Commission of Elections and how far the ICE is under the influence of the Complaint Commission whose majority members are foreign nationals. Even the Independent Election Commission is not authorized to make any announcement or issue any statement without prior permission of the Complaint Commission. The people also know that the election drama, which is now being played with a new episode as a soap opera, in fact, panders to the invaders’ ambitions and goals. What could be expected of this election for the benefit of the country and our miserable people?"

"The public of the world like the Afghans have reached the conclusion that the miserable people of Afghanistan are hostage in the hands of the global terrorists under the leadership of America whereas the Kabul surrogate Administration is entangled in the claws of the invaders. Through coercion and manipulation, they want to impose on the Afghans a regime, which is only palatable to the invaders. But our brave nation will never stoop to this."

"The Islamic Emirate of Afghanistan deems it necessary to announce the following points to the pious people and the believing Mujahideen regarding the second round of the devious conspiracy of the invaders."

"1. The Islamic Emirate announces to all countrymen to avoid participating in the deceitful and foreign-made electoral process. On the command of your belief and the Afghan conscience, you should completely boycott the elections on the basis of the rule of Sharia." "2. All Mujahideen should make efforts to foil this wicked process; should carry out operations against their centers; prevent people from participating in the elections and block all roads and paths for all public and government vehicles one day before the day of the polling and inform people about this. Similarly, with the help of religious scholars, clerics and elders, educate people about the clandestine motives behind the elections. Create awareness among people regarding the conspiracies of the enemy."

"3. The Mujahideen of the Islamic Emirate of Afghanistan have worked out programs to foil and prevent this process. They closely monitor all workers, officials and voters including other related programs hammered out in this regard. Every one is responsible for the harm he sustains as a result of his participation in the elections. The Mujahideen have repeatedly warned the people and announced their program of action."

"4. All Mujahideen and their local chief are instructed to execute their plans against the enemy. They should put to use new experiences and the action program now at the disposal of the provincial leaders. This is in addition to the previous tactics, which were utilized in the past. Similarly, they should foil the last conspiracy of the enemies of the country and Islam."

"5. We know the enemy is not able to make the elections successful. So they will try to make exaggerations about this empty and failed process of the elections by using the mass media through coercion and bribes. They will falsely show that the election was successful. Therefore, we call on all impartial and independent media outlets to abide by the timeless rule of journalism and do not tarnish your reputation by partial reporting but rather fulfill the rightful mission in the best way it can be done."

Previous article by Butler Shaffer: In Praise of Hoaxsters