In Praise of Hoaxsters

Few of us can easily surrender our belief that society must somehow make sense. The thought that the state has lost its mind and is punishing so many innocent people is intolerable. And so the evidence has to be internally denied.

The politically correct, the self-righteously indignant, and other defenders of the established order, have been clucking furiously in the direction of the Colorado family whose six-year old son was reportedly set adrift in a box with a helium-filled balloon. The mainstream media — always on the lookout for stories that deflect popular attention away from events of genuine substance — gobbled it up like kids at an ice-cream party. For hours, thoughtful men and women who had given up worrying over the fate of a teen-aged girl on Aruba, now had an alternative outlet for their ersatz feelings.

Hours later, however, the young lad was found safely hiding away at home. Government officials immediately suspected the entire affair was the product of an elaborate hoax, perpetrated by the parents for the purpose of promoting themselves into the world of so-called "reality-show" fame. The county sheriff began spinning out all kinds of possible charges to file against the parents, as well as bringing the government’s stiff-necked child protective services agency in for further harassment. Because the father had called the Federal Aviation Administration to report the incident, possible "lying to the federal government" charges were also threatened. (On the latter point, I have often wondered why it is considered a felony for individuals to lie to the government, but quite acceptable for government officials to lie to the public! But I am getting ahead of my story.)

Shortly after this, a person claiming to be an official of the U.S. Chamber of Commerce told a gathering at the National Press Club that his organization was no longer opposing the climate change legislation before Congress. "There is only one way to do business and that is to pass a climate bill quickly so this December President Obama can go to Copenhagen and negotiate with a strong position," this purported Chamber spokesman declared. In a political system that can best be described as corporate-statism, it would not be all that shocking to imagine the Chamber — many of whose more prominent members have long been active promoters and beneficiaries of governmental intrusion into economic matters — finding climate change legislation useful to their myopic ends. As I have shown in my book, In Restraint of Trade, the U.S. Chamber of Commerce was, perhaps, the principal architect of the National Industrial Recovery Act, the keystone to FDR’s New Deal. Its state-centered attitude was no better expressed than in the words of Chamber President Henry I. Harriman who, prior to Roosevelt’s election, warned that those who did not "cooperate" with the recovery proposal would "be treated like any maverick. They’ll be roped, branded, and made to run with the herd." That support for this current legislation might be just another effort by corporate leaders to benefit at the expense of others would not be all that surprising.

But any such illusions were quickly put to rest when, during the press conference, another man — identifying himself as an official with the Chamber — repudiated the speaker as a hoaxster, and not a spokesman for this most prominent business association. Who, then, had been impressing his audience with claims of Chamber support for the climate change bill? He was later identified as a member of Yes Men, a group of environmental activists. They saw in this press conference an opportunity to bring attention to their cause. The media — whose years of being under the influence of Washington, D.C. has made it unable to distinguish hoaxes from reality emanating from that city — was the appropriate audience for this bit of fakery. 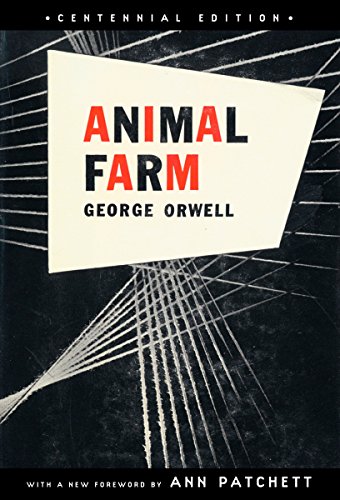 Perhaps the Colorado sheriff who reacted to the helium-balloon incident got to the essence of the political mindset that has, for decades, infected modern society. In speaking of the possibility that the parents were using the event as a way of self-promotion, the sheriff referred to so-called "reality-show" television as something that blurs "the line between entertainment and news." As newspapers, news magazines, and broadcasters, wring their collective hands over the continuing decline of subscribers and viewers, they might consider the role they have long played in this line-blurring.

I am amused at the reaction of government officials who feign indignation — and threaten criminal prosecution — over individuals or groups who engage in harmless hoaxes to promote their interests, but who pip not a squeak when the state — with the support of its paid propagandists (AKA as the mainstream media) — actively fosters hoaxes that serve its ends. Why does this self-righteousness not rise to the level of demands for the criminal prosecution of those who fabricated — and continue to operate — that deadliest of recent hoaxes, the so-called "war on terror?" How many people died — or were even injured — in the helium-balloon affair? How many more innocent souls — including children who have not been brought under the alleged "protection" of "child protective services" — have died in the course of conducting this murderous campaign grounded in lies, forgeries, and the shrill shrieking of vice-presidents and cabinet heads?

I have never engaged in hoaxes: my mind simply doesn’t work that way. But I do see both the epistemological and social importance of such activities, particularly when the nature of the hoax has been revealed. I am reminded of the role played by the "joker" in medieval society. He was a bright person, whose general irreverence for established interests allowed others to observe and to laugh at the absurdities present in the society in which they lived. Such influences fostered the kind of questioning perspective that helps to define a mature civilization. The joker has been replaced by a few good comedians (e.g., Eddie Izzard, and the late George Carlin) as well as by hoaxsters whose performance art often reveals what those in authority want to keep hidden.

I love it when politicians, the media, and academia get caught up in their own webs of deception; not out of any misguided sense of punishment I have, but as a reminder that those who imagine themselves to be the purveyors of "the good, the true, and the beautiful," often speak from hidden agendas, including their ambitions for power over others. Just as an occasional germ or virus is useful to give our immune systems a health-generating workout, the exposure of hoaxes can serve to keep our minds in a skeptical, life-defending state of awareness.

One of the more powerful literary images relating to this inquiry is to be found at the conclusion of George Orwell’s Animal Farm, when the ruling class of pigs are meeting in the farm house with the local businessmen to discuss such matters as the selling of the older horses to the glue factory (a wonderful metaphor for modern corporate-statism). The other animals watch through the window and, as the story ends, a heightened sense of awareness is seen in their eyes. The Internet and other innovations in technology are providing windows through which members of a long-gulled public are beginning to have the scales fall from their eyes. Hoaxes have a way of mirroring — and making more evident — the contradictions and falsities of what the established order requires us to believe to be true. This is why the factual reporting of events (see, e.g., Jon Stewart) takes the place of satire in an increasingly absurd world. Or, as G.K. Chesterton expressed it: "We have had no good comic operas of late, because the real world has been more comic than any possible opera."

This is why I literally broke out in laughter when, following the revelation of the environmentalists’ hoax at the National Press Club, CNN’s Wolf Blitzer reminded viewers — along with, perhaps, the alleged news reporter at his channel? — of the importance of "checking and double-checking" the facts upon which a story is based. I wonder if that sense of skepticism will accompany future reports, by CNN, of such matters as the unprovoked wars against the Iraqi and Afghan people; wars that CNN joined with other mainstream media outlets to promote despite all the official state-serving lies that underlay both. I wonder, as well, whether the reporting of future hoaxes — disguised as "press conferences" — will contain the caveat of doubt aroused by the Yes Men, as well as Al Gore’s global-warming film that earned him an Oscar from an industry that specializes in fiction and fantasy. I have my doubts as to whether Wolf’s future reports on the alleged threats posed by climate change will be prefaced by any reminders of the hoax perpetrated at the National Press Club. Nor do I expect to hear Wolf tell us how his "checking and double-checking" of facts led him to discover the words of, perhaps, the leading guru of the "climate change" lobby, Stephen Schneider. After his 1980 conversion from the "coming ice age" denomination to that of "global warming," Schneider told the faithful that "we have to offer up scary scenarios, make simplified, dramatic statements, and make little mention of any doubts we might have."

The political establishment does not like having its deceptions and contrived "threats" revealed to the rest of us animals, and will do what it can to close the blinds on its windows, lest we peer in on the rackets being played at our expense. When such exposures do occur, political and media voices will be quick to shift to damage control in order to minimize any broad awareness of the nature of the state. "Victims" will become "wrongdoers"; "Cassandras" will be transformed into "co-conspirators." Through it all, our would-be rulers will continue to insist upon the inviolability of their monopoly on the definitions of "truth" and will go after those who — like the parents of the six-year-old boy in Colorado as well as other uncertified hoaxsters — bring discredit upon the efforts of the state to keep us in that state of what Goethe called "active ignorance."

As long as their efforts impose no injury upon others, I regard hoaxsters as essential to efforts to help restore sanity to an insane world.

The Vaccine Pied Pipers The Golden Road Out of Recession