76 Reasons To Have a Gun

In four decades and thousands of transactions with my fellow man I've neither initiated nor accepted force as a means to accomplish anything. And yet, I've decided to become more skilled in the use of a gun to keep force, violence, crime and tyranny out of my life where they belong.

Even with a perfect record of non-violence my intuition tells me I've got some gun work to do – to keep it that way. And like car insurance, wearing a seatbelt or taking vitamins the most it will do is keep things the same, because:

Investments in self-defense return a maximum of keeping what you already have.

Most of the efforts of arming myself have been spiritual and intellectual. In fact, I've put 1000 times more effort into avoiding violence than on fighting skills. That seems low but 1000-to-1 is probably normal. My job doesn't involve teaching karate or any kind of self-defense training. This article is about increasing the "1" side of this ratio to "2" and I'll give 76 reasons for doing so.

Preferred areas of focus for optimal living are: Values, Goals, Strength, Talent, Education, God, Health, Family, Prayer, Money, Intuition, Liberty, Barter, etc. Any plan that emphasizes a gun instead of these is doomed from the start.

I'm adding gun skills on top of the cornerstones for optimal living. Most countries don't have this luxury, even in 2009. They have to use sticks and clubs and will be in trouble with the state for using even these. Of course, their predators will be using all the latest weaponry without a care in the world of legal consequences. That's just how governments and criminals roll everywhere in the world except Switzerland and parts of the U.S.

Luckily for me, the valiant work of my ancestors guarantees me a right they didn't have: To use a gun to protect my family. The stabilizing peace that follows in the wake of private gun ownership enables my family to continue focusing almost completely on the ideals of a purposeful life.

Spiritual Without Physical Is NOT Holistic

No author can write about only spiritual avoidance of violence and claim to be holistic. And nobody on this planet can claim the moral high ground on a guy with a revolver under his bed to protect his family.

Authors like Deepok Chopra and Wayne Dyer talk about removing violence from our thoughts. And they're right! No doubt this thought removal is key to the success of avoidance. But, their advice is not Holistic: It doesn't integrate the physical with the spiritual and mental aspects of the subject.

These authors write about spiritual avoidance of violence within a context of safety provided by others. It could be police, local security or guards hired for large events. It’s more likely to be you or one of their neighbors that truly protects them because: 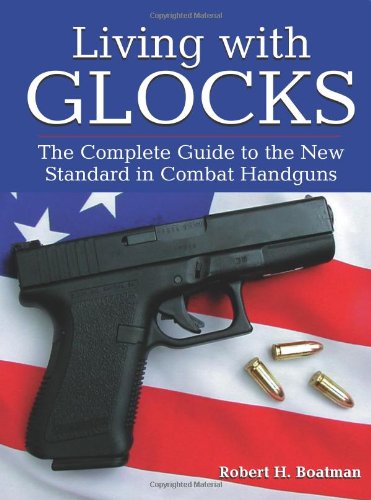 "Even though most people do not carry guns, the mere possibility that an intended victim could be armed with a handgun eliminates millions of crimes every year" (Living with Glocks by Robert H. Boatman).

Although eliminating violence from our lives begins with our own thoughts, the complete chain of preparation must contain a physical deterrent to force. It’s not a failure of the spirituality of the victim to get mugged. It’s a lack of holistic preparation. There must be physical resistance to force to supplement the spiritual.

Something lacking in physical protection enabled Gandhi to be shot and killed while having his nightly public walk. And the Dalai Lama makes a reasonable and non-violent statement when he says, "If someone has a gun and is trying to kill you, it would be reasonable to shoot back with your own gun." (Seattle Times, May 15, 2001).

None of these men advocate violence. The most they speak about is defense in a situation where violence is thrust against them.

Why Now? Why Bother?

Reason #73, The Bureau of Justice's national average says I have a 1-in-4 chance of being a victim of violent crime in my lifetime. If living in a major population center that increases to a 1-in-9 chance, annually.

That's on the high side for me, going it alone. But, it's too high for my family.

What happens to this already high risk when you factor in our current economic meltdown? (Reason #18), double-digit unemployment rate? police budget cuts? (Reason #16).

Have these factors been causing more home invasion robberies? (Reason #10). The latest one in Pensacola was pulled off by a band of para-military thugs. They practiced up on invasion techniques and are connected with other home invasions in Florida and other states.

These five reasons were enough to spur the question: What happens if someone less spiritual or desperate brings violence into our lives?

Things to Try Before a Gun

After reading the book Dial 911 and Die I wouldn't bet my families lives on police protection. The police only document crime. They have no legal responsibility to prevent it (Reason # 22). 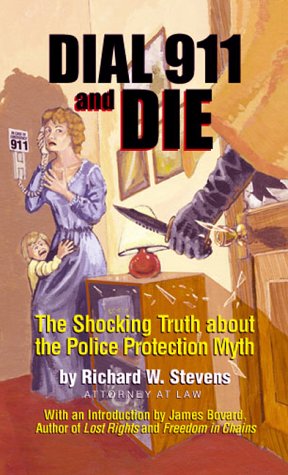 Worst-case scenario, I agree with Boston T. Party that many tools & tactics should be used before a gun:

Realistically, most should use their remaining strength to flee after step #5, above. If that's not possible, Gary Kleck says in Reason #11, that "Those who resist violent attack with a gun are injured less than half the time of those who offer no resistance.

Even then, those Defenders actually fired their gun in fewer than one out of four cases.

My avoidance to fighting skills ratio will be moving to 500-to-1.

Actually, most of my gun efforts fall into the avoid side of the equation since the mere presence of a gun prevents violence most of the time. However, I'll have to learn how to use it which adds a solid fighting skill making the new ratio more like 500-to-1.

Gun Insurance Is Not Free

There's cost and hassle to bringing more tools into my life, especially ones that need to be kept nearby to be useful. Every tool requires research, purchase, maintenance, storage, training, etc. I expect to need a gun less often than a hammer, but, borrowing a gun is not an option.

Taking precautions is always harder than doing nothing. If I accept the risk I can still skip the whole gun thing. We're talking statistical risk, here. Nobody can actually prove something will happen if I take no precautions at all.

Bottom line: You don't have to do anything and nobody can prove you're wrong. Proof is only possible at the end of your life looking backward. And, unlike car insurance the state will never make gun insurance mandatory. They're too busy trying to disarm the public under the guise of making us safer.

If I put a sign in my front yard that says "Gun-Free Zone" then according to gun control folks my house will be safest house on the block.

Criminals ignore the law. That's how they got to be criminals. The only people who abide by "Gun Control" are law abiding victims. That's why every place with "Gun Control" becomes a "Victim Disarmament Zone."

All studies show a dramatic decrease in violent crime when more private citizens are permitted to defend themselves (Switzerland, all concealed carry states). Conversely, violent crime rises in direct proportion with the number of gun-control laws (Reason #37) as seen in England, Australia, and all states where 2nd amendment rights are denied like California, New York, Illinois, etc.

There was an uproar when a man in New Hampshire was seen with a revolver on his hip near where Obama was speaking. What the media did not report is that Obama is surrounded with guns everywhere he goes. The MSM message is: Guns are safe when the police have them, but they're not safe when you have them.

Having a Gun Is Its Own Best Use

Unlike most tools, the primary use of a gun is to prevent itself from having to be used, at all. In fact, guns are in full use while they're not being fired. Infrequent use proves, rather than disproves, their necessity.

If you think only tools that are used frequently are necessary then stop wearing your seat belt, cancel your home, car and health insurance and put a sign on your front lawn announcing you live in a gun-free house!

After much thought on the subject I've come to the conclusion that the simple act of having a gun is its own best use (Reason #1).

Like a battleship parked off the coast its mere presence changes the dynamic of the situation without having to fire a single shot. By "dynamic" I mean that predators tend to behave themselves and move on to an easier "unarmed" prey. By having a gun you become too dangerous to your predators. Criminals interviewed in jail say they don't want anything to do with an armed civilian. That change in my human predators is exactly what I want to accomplish.

At best, guns keep honest and polite people honest and polite. Kind of like the masterlock I use on my gym locker. It's never been touched, except by me, and yet it is used fully every time I work out.

Before you reach the end of your life perhaps my 76 reasons for having a gun will help you decide whether this power tool should be in Your Optimal Toolkit:

Free, law-abiding citizens do not give up their right to arms.

Finally, I give you the words of Robert Heinritz reacting to Judge Sotomayor's weasel-like response to a simple question about the rights of American citizens to self-protection:

"I don't much care for the bother and responsibility of securing a firearm nearby. But I've lived long enough to know the world sometimes presents threats that justify its presence. A free person's right to defend his or her life is a very personal right, a "fundamental right" – pre-existing our U.S. Constitution – which is more important than our property, our ability to speak-out on political issues, our right to vote, or our rights to a Miranda warning when approached by a police officer. Throughout history this has always been true among free people."

"During the years American Colonists were bickering with Great Britain over taxes, representation, and rights; the one thing that finally provoked a shooting-war with their mother-country was Britain's use of armed soldiers to disarm free citizens. The Founders were well-read on history and the classics, and well-acquainted with what England did to it's "subjects" in Ireland; first disarming them, taking over all their lands and resources by force of British arms, and consigning the Irish to virtual serfdom or slavery. The most loyal of America's Founders knew that government's disarming of its free-citizens was the first step to slavery. "Slavery" was the word they used. History has confirmed this basic truth countless times in countless countries over the succeeding 200 years. Free, law-abiding citizens do not give up their right to arms."

The Best of Terence Gillespie

Bloody Fiat Money Osama bin Laden Has Been Dead for Seven Years Or So a New Book Says, and That the US and Britain Have Covered Up His Death to Continue Their "War on Terror"