Evicted From Your Brand New Clunker

Previously by Richard Daughty: Driving a Fiat Currency into a Tree

Roger Wiegand of Trader Tracks Newsletter finally says what I always figured: “Cash for Clunkers was a real clunker. One out of four auto buyers using this program is having buyer’s remorse as they just signed-up for so many new payments they cannot afford.”

Thanks, Roger! I always had a hard time believing in the unbelievable “Cash for Clunkers” program, where the government astonishingly gives up to $4,500 to people who buy a new car!

This is a subject which is very interesting to me because I happen to be a guy who owned a whole series of clunker cars and trucks over the years because I couldn’t justify the expense of a new vehicle/a good vehicle/a better vehicle/a vehicle that wasn’t rusted/a vehicle where parts and pieces didn’t fall off/a vehicle that usually started because they were completely paid for, thus costing me exactly nothing per month in principal and interest payments, and which needed only the legally-required minimum of liability insurance.

In short, the cost of driving those old cars and trucks was almost zilch, which fitted my budget perfectly, as I thought I would need the extra money for dating, but which turned out not to be the case. In fact, I found that women usually disdained both me and my cars, and they would say hurtful things like, “Hey! It stinks in here! Or is that you?” and, “At least clean out the old, moldy pizza boxes and chicken bones so I won’t be more disgusted than I am just sitting next to you!” and yammer yammer yammer. 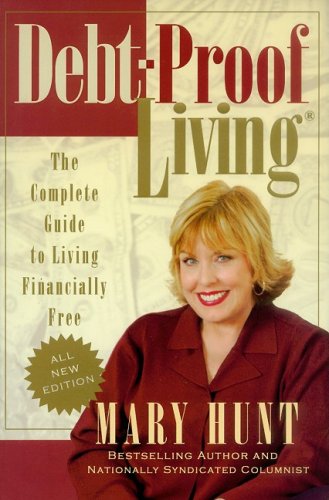 That is, however, when I learned one of the Immortal Lessons Of The Mogambo (ILOTM), which is that as long as you had a good set of brakes on your ratty old car, a case of cheap oil in the trunk, a long siphon hose and a girlfriend who had a nice car in which to ride around, you could get along pretty good!

Not “getting along” as good as the federal government, however, which can (and did) just decide on a plan to sell a couple of trillions of dollars in new debt, whereupon the Federal Reserve will create the money, like when the Fed bought $30 billion of US government securities, directly increasing the money supply by the amount of the new debt! Now THAT’S what I call “getting along pretty good!” Hahaha!

Now, suddenly, sad sack people like me, whose incomes are so low that we have to drive rusted-out, beat-up old clunkers that cost almost nothing to own or operate, that nobody would steal, which were completely paid for, for which you only needed the minimum of liability insurance, would suddenly decide to buy a very expensive, shiny new car and begin paying upwards of $400-$500 a month for the new car and the big new premiums for the required higher insurance coverage? Hmmmm!

Perhaps this is why Bloomberg reports that “Consumer spending in the US rose in July as Americans jammed auto showrooms to take advantage of the ‘cash for clunkers’ program while avoiding other purchases”! Yikes! Avoiding other purchases! This is NOT the kind of thing from which economic recoveries are made!

And to suddenly start paying all of that money, every month for the next seven years or so, is not to even mention the effort of always having to wash and wax the new car, which is hard, disagreeable work that you don’t get paid for, which is like being punished for having a new car!

So, the only explanation that makes sense is that since people can stop paying on their house but still live in it because the bank doesn’t want to evict them, people will start living in their cars and stop paying on them, too! What are the car companies going to do? Evict a family onto the street by repossessing the snazzy new car in which they are living? Hahahaha!

I say this because I read in The Financial Times that in the UK, “The number of people of working age living in a household where none of the adults work rose by 500,000 to 4.8m for the period April to June,” which is a huge number of people which is now “close to one in five households,” which I assume is a rough estimate of what is happening in the USA.

Instead of laughing in my usual mocking style to indicate the bizarre absurdity of an economic system where the unemployed are given financial incentives to buy new cars, let me instead merely urge you to buy gold, silver and oil with your every waking moment and your every last dime, whichever comes first, which says the same thing but with the “secret bonus feature” of letting you make a Whole Lot Of Money (WLOM) when their prices rise, rise, rise, which is good because you are going to need a WLOM when inflation in consumer prices catches up with the inflation in the money supply that will accommodate the inflation in government spending, thanks to the loathsome Federal Reserve allowing and abetting the inflations by merely creating more money, which makes buying gold, silver and oil such an obvious choice that you say, “Whee! This investing stuff is easy!”

Previous article by Richard Daughty: Driving a Fiat Currency into a Tree

What Should You Study in College? Hubris and the Hooker