By Kirk W. Tofte and

When a person lives in Iowa, as I do, one seldom gets the opportunity to meet with a leading anti-war intellectual. But on August 31, 2009 I had just such an opportunity over lunch with Ismael Hossein-zadeh, the author of The Political Economy and U.S. Militarism.

Hossein-zadeh is a profile in courage. He is a sixty-three-year-old native of a Kurdish village in the mountains of Iran with less than four hundred residents. One of six children, he miraculously graduated from Tehran University and ventured to New York City to do his graduate work with less than one hundred dollars in his pocket.

Hossein-zadeh received his doctorate degree from the New School for Social Research. He has taught economics at Drake University in Des Moines for over two decades.

His most recent book, now available in paperback, is both courageous and profound. By his own admission, Hossein-zadeh knows little about the Austrian School of economics and even less about this website. In fact, much of the economic analysis in his book runs along Keynesian and even Marxist-Leninist lines.

Yet, like all great anti-war intellectuals, Hossein-zadeh's approach to the subjects he discusses is inter-disciplinary with a heavy emphasis on historical facts. Also, his book is full of quotes from names LewRockwell.com readers will readily recognize: Chalmers Johnson, Smedley Butler, Michael Scheuer, William Hartung, James Mann, Patrick Buchanan, Robert Higgs and Lew Rockwell. Hossein-zadeh also quotes Paul Craig Roberts several times in his book and during our lunch he expressed his total admiration for Roberts' work — thus, the title of this article. 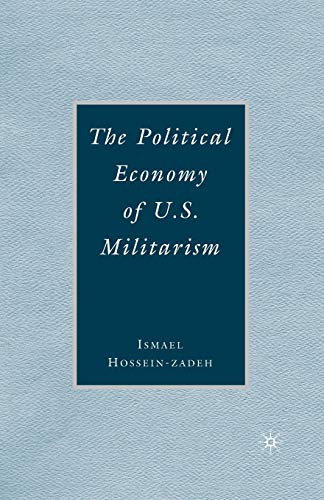 When Hossein-zadeh discusses American militarism, he talks less about a military-industrial complex than he does a military-industrial parasite. Furthermore, the military-industrial establishment in the United States isn't even that complex an entity. It consists of an "iron triangle" made up of civilian governors (the president, the congressional oversight committees and so forth), professional personnel serving in the military and the 85,000 private contractors who arm the military machine and who profit mightily from their contributions to the overall effort.

Looking back through history, Hossein-zadeh notes that the Roman Empire used its military to achieve economic, territorial and other ends. After Julius Caesar crossed the Rubicon, however, the military establishment undermined republican principles of civilian governance and ultimately created a Roman military empire. Rome was transformed from a classic economic empire into the first military-parasitic empire.

The British Empire, like its Roman predecessor, started out as an economic empire that used its military to conquer territories and force the transfer of the resultant colonies' resources to England. But Britain's mercantilist policies were expensive ones. Once these policies (which included protectionism) helped England achieve international economic superiority, Britain's colonial-administrative forces became a very costly redundancy. The primary role of England's military became, after the last Corn Laws were passed in 1848, to merely keep foreign lands and markets open for free trade.

But Britain's colonial military-administrative establishment — which was huge — did not go quietly into the night. It took less than fifty years after 1848 for France, Germany and the United States to threaten England's temporary economic superiority. Britain's colonial military-administrative forces reasserted themselves as England returned to its policies of protectionism, militarism and colonialism. Military conflicts inevitably ensued (e.g., the Boer War) which ultimately led to World War I. 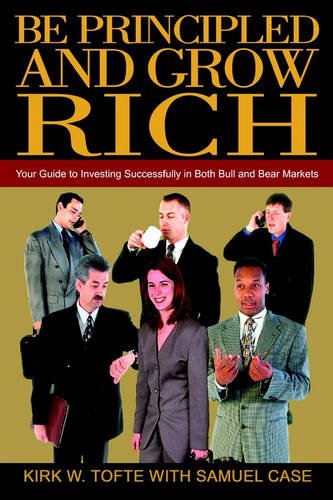 Be Principled and Grow... Case, Samuel Check Amazon for Pricing.

At this point in his narrative, Hossein-zadeh tells the fascinating story of how the ruling elites in America worked through the Council on Foreign Relations to convince Franklin Roosevelt and, subsequently, Harry Truman that the United States must create a permanent military-economic establishment to help plan for the future of the United States and the international community after World War II. In this fascinating chapter, Hossein-zadeh shares many facts such as the following:

1. FDR agreed on November 28, 1941 to inform congress and the American people that "if Japan attacked Singapore or the East Indies, the security of the United States would be endangered and war might result." At the time, a vast majority of Americans were not at all likely to believe such a claim. On December 7, 1941 the Japanese attack on Pearl Harbor took care of this problem for FDR.

2. By mid-1941, before America entered World War II, FDR's outside brain trust concluded that Germany could not possibly win the war after Hitler's foolish invasion of Russia. They began to draw up the plans for a new economic-military-diplomatic order before the United States entered the war. These plans were later announced and adopted at Bretton Woods after the war.

3. In adherence to these plans, Harry Truman remobilized the U.S. military beginning in 1950 — in part to ward off a possible recession. As Hossein-zadeh puts it, "Military spending rose — in constant (2002) dollar — from $150 billion in 1950 (the last year of ephemeral postwar demobilization) to $500 billion in 1953."

Hossein-zadeh next traces the rise of parasitic-militarism through this period up through the 1970s when the post-World War II consensus among the nation's elites began to unravel. This part of the story includes the "Nixon shocks" (e.g., his unilateral moves to abandon the gold standard and impose new tariffs), to Jimmy Carter's transformation from a Trilateralist to a militarist and Ronald Reagan's "second Cold War."

But it is the phase after the fall of the Berlin Wall that gets the most frightful in Hossein-zadeh's telling. At that time, former defense secretary Robert McNamara said the defense budget should be cut in half. The Secretary of Defense at the time, Dick Cheney, said it should be increased after the fall of the Soviet Union. Obviously, Cheney and the military-industrial parasites have easily won the battle over defense spending. The United States will probably spend at least one trillion dollars a year on our military during the foreseeable future.

Ismael Hossein-zadeh has written a must-read book. His chapter on the real reasons for the Iraq War — which have nothing to do with oil — are worth the price of the book all by itself. He and Paul Craig Roberts come from completely different direction philosophically. But they reach the same conclusion: "Enough is enough."

Previous article by Kirk W. Tofte: The Bubble and the Future

'Me and Mrs. Palin'Gold Is Speaking