The Age of Centralization

The 15 years from 1857 to 1872 can be considered the great age of centralization and consolidation. Examples abound from across the globe. For starters, the Mexican constitution of 1857, which centralized jurisprudence by removing a number of separate courts of jurisdiction, led to the civil war from 1857 to 1861. Although the promised constitutional reforms were "liberal" and removed power and assets from the Catholic Church, their implementation was delayed while power was consolidated: the Constituent Congress "became worried over the extraordinary governing powers conferred to the executive. The tenor of events precluded even the observance of constitutional articles regarding individual rights, which was seen as perpetuating instability." The War of Reform that followed featured further liberalizations imposed on the Catholic Church: "On June 12, 1859 the government nationalized church property… On June 30, a decree declared an end to all clerical involvement with cemeteries and burial grounds. On August 11, holidays were regulated and official attendance at Church functions was prohibited." The seizure of land had the same predictable effect in Mexico that Belloc noted in Reformation England: a politically-connected group enriched itself at the expense of the Church, and used its wealth to control the state.

India in 1857 saw the Sepoy Rebellion, a revolt with a number of causes. One contributing factor was the "doctrine of lapse," under which the smaller vassal states of a divided India would fall to British control in the case of an incompetent leader, or the lack of a male heir. Rani Lakshmibai, defrauded of her Raj by this doctrine, would be one of the leaders of the rebellion, which failed. As a result, the last Mogul emperor of India was deposed (some 150 years after the last "great" one died), and the British took up much more centralized control of the Subcontinent.

The following years saw any number of consolidations, especially in central Europe, where Napoleon, in Paul Johnson’s words, had glorified "the deification of force and war, the all-powerful centralized state, the use of cultural propaganda…, (and) the marshaling of entire peoples in the pursuit of personal and ideological power," while founding the Cisalpine Republic in Italy and the Confederation of the Rhine in Germany (ending the decentralized Holy Roman Empire in the process). The collapse of these Jacobin monstrosities did not last. The house of Savoy in 1859 warred on Austria, with the assistance of France; France gained Savoy and Nice, Savoy gained Lombardy and most of the Italian Peninsula excepting only Venice and the rump of the Papal States, and Victor Emmanuel became the king of Italy. The 7 Weeks War in 1866 cost principle-of-subsidiarity-observing Austria the land around Venice and much of the control it had exercised in Germany, with the north German Confederation under Prussian control assuming power; 1870’s Franco-Prussian war cost the pope his French defenders, leading to the incorporation of the Papal States into consolidated Italy, while the independent nations of south Germany, along with Alsace and Lorraine, fell under the suzerainty of Berlin. Thus, in 11 years the toxic poison worked by Napoleon took effect, and largely decentralized polities consolidated, a distant after-effect of his invasions earlier in the century. Other attempts at consolidation must include the Polish rebellion of 1863, which promised to centralize control of all property in the state, but which failed in 1865.

Back in the Western Hemisphere, the US saw over 600,000 killed as the Confederate states attempted to secede, an attempt at radical decentralization. Direct effects of the war were the first Federal income tax, the creation of a fiat currency allowing uncontrolled spending, and the destruction of a decentralized republic symbolized in the grammatical shift from "these United States" to "the United States," now a singular noun. Meanwhile, to the north, the largely independently-acting Canadian provinces confederated in 1867, though as Wikipedia notes it is a "federal state and not a confederate association of sovereign states which is usually what Confederation means."

Finally, Asia saw two revolutions that would reverberate into the 20th century. The Taiping Rebellion saw a temporary government that foreshadowed Mao. Before it was suppressed, ending in 1864, "(p)rivate property ownership was abolished and all land was held and distributed by the state" and "(t)he society was declared classless." More successful was the Meiji Restoration in Japan, which ended the relatively decentralized Tokugawa Shogunate, with control passing to the government around the Emperor, cemented in 1867.

All of this centralization increased the number of bureaucrats required by the hegemonic powers. A state requires more resources to rule a larger area than a smaller one. The increased resource requirement in most cases came from the consolidated territories, but these were largely one-off gains. Agricultural, feudal Prussia now had access to the import-replacing cities of western and southern Germany, but would soon begin to siphon capital to the needs of a central State, leading literally to their utter destruction some 75 years after the consolidation. Control of all of Italy led to a deterioration of economic and social conditions in the south; some 16 million Italians emigrated between unification and World War 1, with the changes forced on the south by centralization looming large.

Examples from the other countries already mentioned would also reflect the growth of the state, but each state followed the pattern set by the Roman empire, where acquisition of new territories was initially a profit-making enterprise for the state. However, the increased burdens of what is fundamentally an uneconomic enterprise, the state, always threaten to weigh down and collapse a complex society. Tainter’s book on the subject described the collapse of Rome beginning when the marginal costs of empire exceeded the profits from expansion. In this regard, the most important event of the Age of Centralization was the drilling, 150 years ago today, of Colonel Drake’s oil well in Titusville, Pennsylvania, on August 27th.

Oil is fantastic stuff. As OPEC reminds us:

"(C)rude oil itself is of limited use. To extract the maximum value from crude, it first needs to be refined into petroleum products. The best-known of these is gasoline, or petrol. However, there are many other products that can be obtained when a barrel of crude oil is refined. These include liquefied petroleum gas (LPG), naphtha, kerosene, gasoil and fuel oil. Other useful products which are not fuels can also be manufactured by refining crude oil, such as lubricants and asphalt (used in paving roads). A range of sub-items like perfumes and insecticides are also ultimately derived from crude oil… Furthermore, several of the products listed above which are derived from crude oil, such as naphtha, gasoil, LPG and ethane, can themselves be used as inputs or feedstocks in the production of petrochemicals. There are more than 4,000 different petrochemical products" (emphasis added)

The greatest product of oil, however, is wealth. As J. Paul Getty advised: "Formula for success: rise early, work hard, strike oil." This wealth is due to the phenomenal returns from oil, known as EROEI, energy return on energy invested. Unlike coal, which had to be physically lifted from the ground, oil often flowed to the surface under pressure. Returns of over 100 times the energy invested to drill a well were not uncommon in the early days of oil exploration.

It is this bonanza of essentially unearned natural wealth that has formed the basis of much of the 20th-century improvement in human living conditions. Cheap oil forms the basis of the current US food production chain and any number of other systems: "Crude oil has been critical for economic development and the smooth functioning of almost every aspect of society. Agriculture and food production is heavily dependent on oil for fuel and fertilisers. In the US, for instance, it takes the direct and indirect use of about six barrels of oil to raise one beef steer. It is the basis of most transport systems. Oil is also crucial to the drugs and chemicals industries and is a strategic asset for the military." (emphasis added) 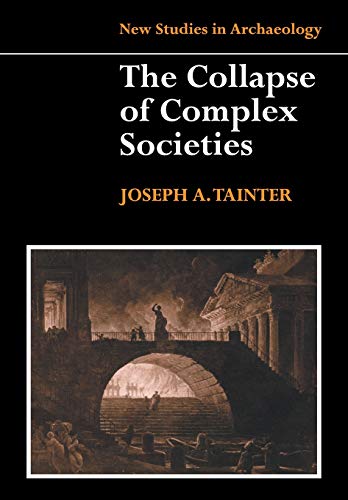 Here, then, we can find the economic support for the excess of centralization that must otherwise collapse the societies that it plagues: the extraordinary profits from oil have paid for the hypertrophic governments that afflict us. All of the uneconomic activities of the US Federal Government and its economic distortions could be borne as the wealth increased. Indeed, governments know that their uneconomic behavior needs SOME external input to support the system, and the militaries of many nations have launched invasions seeking control of oil, including Imperial Japan and Nazi Germany; oil lifting costs of $1.50 a barrel in Iraq certainly did not deter the US invasion in 2003, an invasion originally to be paid for from Iraqi oil revenues.

The bonanza from oil, however, is at an end. Sometime between 2005 and 2008 the world produced more oil in one day than ever before, which total was not matched afterwards; this is the concept of peak oil. The oil that remains is less easily produced, and the EROEI is much lower; thus, the subsidy to uneconomic ways of living must be reduced. This is particularly threatening to the Federal Government, which thrashes about, attempting to continue the status quo. It will likely seize larger quantities of wealth from an economy in shock from declining energy inputs, faster collapsing the ability of the economy to support it. As Herbert Stein said, "Things that cannot go on, don’t." The era of centralization is fast ending. 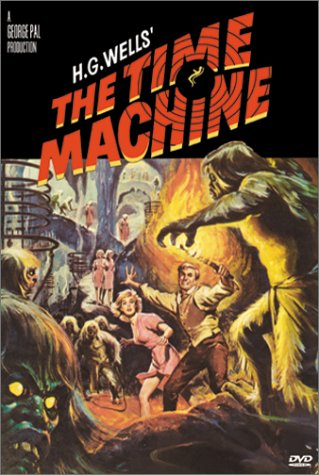 Ironically, the same Federal Government whose Internet helped to undermine its control over information and information providers is making another blunder in this area. The Amish, famously exempt from Social Security, function in an economy largely independent of the oil-powered world, and pay lower net taxes as a result of it; sunshine, after all, is "free," and the shared labor in a barn raising has no part diverted to outsiders through taxation.

Most Americans, however, would prefer to maintain modern lifestyles, especially including electricity. Fortunately, the increasing efficiency of the market in creating more efficient distributed generation of energy production from sunlight, and the incentives for green energy pushed by the Obama administration (and the bailouts) will have the side effect of largely decentralizing energy production; lacking direct property taxes, there is no way for the Federal Government to tax the "income" produced by reduced or eliminated electric bills. Moreover, a distributed generation system is far less vulnerable to attack than the centralized behemoths of yesteryear, so easily targeted in Iraq and other locales. At the margin, these changes will shift power to localities, and further undermine Leviathan.

Special thanks to "wonderful old curmudgeon" Jeff Zervas for feedback and editing.

The Best of Thomas Schmidt

Previous article by Thomas Schmidt: Capitalism and the Internet

The Devils We Know – and Wish We Didn'tReligious Roots of Liberty