SAMe is a biological compound that is found in every cell in the human body. It is important because it plays a key role in methylation which is a process that activates more than a hundred different processes in the body – from preserving joint health, protecting against heart disease, and producing neurotransmitters such as serotonin. 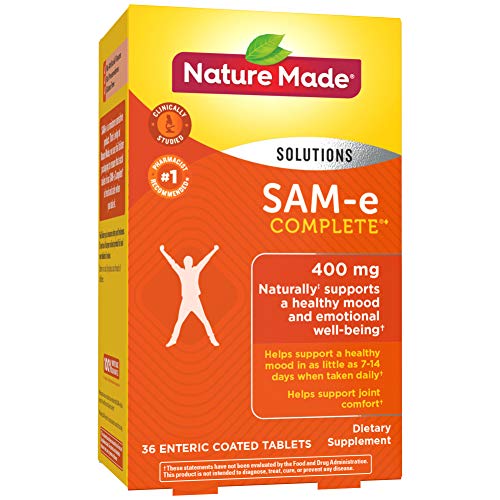 The average adult makes about 6 to 8 grams of SAMe per day. Most of this is made in the liver where it works to detoxify the body of poisons such as drugs, alcohol, heavy metals, pesticides and solvents. Numerous research studies have found that raising the level of SAMe in the body helps to reduce the age related biological processes that result in diseases such as depression, osteoarthritis and liver disorders.

Research has shown that SAMe stimulates cartilage to grow which is a component in reversing osteoarthritis. Cartilage is the spongy cushion between the bone and the joint which gradually deteriorates in osteoarthritis. Also SAMe has been shown to reverse damage in the synovial fluid in the joints caused by factors common in rheumatoid arthritis.

SAMe compares favorably to the pain relieving action of NSAID’s such as aspirin and Tylenol which are commonly used to relieve the pain associated arthritis. However, with SAMe, there are no side effects and the SAMe actually helps the liver.