“In keeping with the requirement that old engines be destroyed, mechanics across the country poured sodium silicate into crankcases and revved engines, causing mass car death,” says an article in Harper’s Weekly.

Let’s open up the hood and take a better look. Does u201CCash for Clunkersu201D really work, we ask? In answer, we guffaw. Then, we invite dead economists to guffaw with us.

Richard von Strigl, among others, pointed out in 1923 that there is a big gap between real economics and the vulgar economics that drives policy decisions. On the one hand, serious observers study what happens in a pure, natural economy and draw their truths from its crystal streams. On the other, the meddlers distort the economic world so much that the observations of the old economists hardly matter. Downstream from the meddlers’ camp the water is not even fit to drink.

In theory as well as in fact, the planners never know what they are doing:

“The…knowledge of the circumstances of which we must make use never exists in concentrated or integrated form,” began Friedrich Hayek in 1945, “but solely as the dispersed bits of incomplete and frequently contradictory knowledge which all the separate individuals possess.” 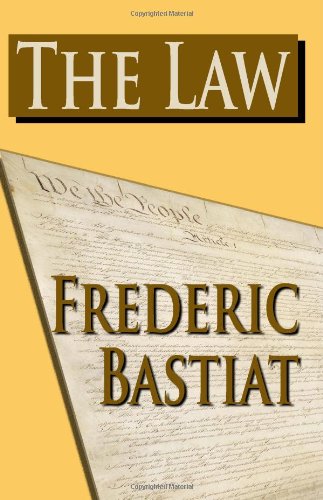 A “good” is a good only insofar as it is good to the person who wants it. The public servant — as able and self-less as he may be — has to guess. History and theory tell us what happens; he usually guesses wrong. Only the individual knows what he wants and how to get it. He compares one good against others — using prices to guide him to where he gets the most good for his money. But when the government steps in with its subsidies, it effectively pisses in the stream of price information. Now, the consumer, with no clean signal to guide him, makes mistakes. He may be lured to buy a new car. The central planners may be pleased. They see the effect they desired — more auto sales. But what don’t they see? We invite Frdric Bastiat for an opinion (1850):

“Between a good and a bad economist this constitutes the whole difference — the one takes account of the visible effect; the other takes account both of the effects which are seen, and also of those which it is necessary to foresee. Now this difference is enormous, for it almost always happens that when the immediate consequence is favorable, the ultimate consequences are fatal, and the converse.”

But who listens to Bastiat or Hayek? Ten countries have taken up u201CCash for Clunkersu201D programs. In Britain, the government puts up 2000 pounds to grease the deal…with a total of 300 million earmarked for the program. In America, the u201CCash for Clunkersu201D program was extended last week, giving buyers a bonus of $3,500 or $4,500 when they turn in an old vehicle. In France, buyers get 1,000 euros toward the purchase of a new car. Everywhere, the program is hailed as a success. It is widely thought not only to boost auto sales, but to help revive the economy, reduce pollution, cut oil imports and even lower highway deaths. We haven’t heard that buying a new car contributes to weight loss, but we haven’t seen the TV news. Even u201Cfree market capitalistsu201D such as Larry Kudlow say they like it:

“The Cash-for-Clunkers rebate program is working. …And the price tag of the program is a mere $2 billion compared with the trillions of dollars Washington has been wasting. So, for once in our lives, Washington spending is giving us a good bang for the buck.”

Bastiat knew better. He described a scene where a boy had broken a shop window. The store’s owner was annoyed, until a foolish economist pointed out that the broken window was a blessing in disguise. It gave work to the glaziers and glassmakers. The glaziers then could buy other things…and thus did the whole economy enjoy a bounty from this single act of vandalism.

Obviously, it doesn’t work that way. Replacing broken windows, or crushed cars, takes resources away from some other uses. This unseen effect is actually greater than the seen effect — the improved market for new cars. Lured by phony price information, buyers send phony signals to the rest of the economy. The automakers produce more cars than they need. Steel, which might have gone to refrigerators is used for car doors. Oil, which might have been used to generate electricity, is used to stamp out fenders.

Savings, that might have been invested in new industries, go to prop up an old one. Kudlow allows himself a peek at the unseen consequences: “…yes, it’s quite possible that government rebates today will steal car sales from next year. But let’s cross that bridge next year…” Then, he even wonders, briefly, at the obvious foolishness of it…almost as though he were a serious thinker: “Well, why not just spend another $100 billion and give consumers checks for everything?u201D Or, “Why not spend another trillion?u201D Well, I don’t want to go there…

No one wants to go there. The old economists shake their heads: u201CIt’s a fraud,u201D they say. The rest of them don’t give a damn.