The alarm has been sounded. Politicians, pharmaceutical executives and media conglomerates would have us believe that a 1918-style pandemic is a real threat. The 1918 pandemic, however, evolved out of conditions unique to World War I, for four specific reasons.

First, World War I was characterized by millions of troops living in waterlogged trenches along the Western Front. This war zone became fertile ground for an opportunistic virus, as medical literature reveals:

"…a landscape that was contaminated with respiratory irritants such as chlorine and phosgene, and characterized by stress and overcrowding, the partial starvation in civilians, and the opportunity for rapid u2018passage' of influenza in young soldiers would have provided the opportunity for multiple but small mutational charges throughout the viral genome."1

Second, the war witnessed the growth of industrial-scale military camps and embarkation ports, such as Etaples in France, enabling the flu virus to enter into another phase of accelerated mutation. On any given day, Etaples was a makeshift city of 100,000 troops from around the British Empire and its former dominions. These soldiers concentrated into unsanitary barracks, tents and mess halls.

Today, many cities and nations have dense concentrations of people; none of these, however, are geographically isolated under the conditions of trench warfare and World War I-style deployments. Of course, there are smaller, sub-populations of people in prisons (prone to multi-drug resistant tuberculosis), in military barracks (prone to respiratory pathogens and meningococcal infections) and on cruise ships (prone to the Norovirus) – all proof of the connection between human confinement on the one hand and infectious disease on the other.

Third, after the war, ships such as the USS Alaskan became floating Petri dishes. Thousands of soldiers were packed like sardines for the long voyage home, allowing the virus to reverberate within hermetically-sealed units.

Fourth, returning troops were stuffed into boxcars for the train trip back to military bases, where they infected new recruits. Later, it was documented that Army regiments whose barracks allowed only 45 square feet per soldier had a flu incidence up to ten times that of regiments afforded 78 square feet per man.2 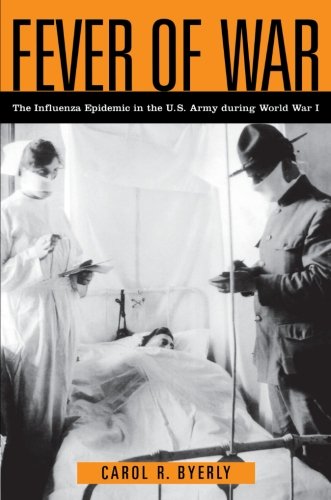 The 1918 flu virus became pandemic because, during World War I, the normal host-pathogen relationship was abandoned when millions of young men crowded into geographical confinement. In World War I, a flu virus was presented with a seemingly limitless number of hosts – almost all young, male, and with compromised immune systems. Unconstrained and unchecked by the usual habits of human behavior, the virus went rogue.

Flu viruses are smart, but they are not suicidal: if the host becomes extinct the virus will become extinct too. The evolutionary strategy, from the virus's perspective, is to stay one step ahead of the immune systems of both humans and animals – but not two steps ahead. The flu virus aims to infect and reproduce without killing a critical mass of the hosts, of the herd, so the virus's virulence is ameliorated after it becomes fatal for people on the margins of the host population – the weak and the elderly. World War I disrupted this synchronized, co-evolutionary relationship between flu viruses and human populations.

No flu since 1918 has been strong enough to produce, in millions of people, a "cytokine storm," which is an immunological over-reaction leading to pulmonary edema (the lungs filling with fluid) – the curse of those with the strongest immune systems, normally between 20 and 40 years of age.

In normal flu pandemics, even in severe ones, the flu virus kills a portion of the weak and elderly. This appears to be the case in 1837 for Germany and in 1890 for Russia, though reliable medical evidence is scarce. It was certainly true for the Asian flu of 1957 and the Hong Kong flu of 1968, neither of which were significantly fatal for young adults. The flu 1976–1977 has been exposed as a boondoggle, a fraud, with far more people dying of the vaccine than from the flu itself.

Indeed, 1918 was an aberration. Since then, no flu has scythed away so many people: some 500,000 Americans and anywhere between 25–50 million people worldwide in three waves: first in March, then in August (the deadliest wave), and in then again in November of 1918, lasting into the spring of 1919.

The origins of the 1918 pandemic can be traced back to the trenches of the Western Front in 1915, 1916, and 1917 – to the world's first large-scale industrial and international war. There was no other cause: If WWI had not been fought, it is inconceivable that the 1918 flu pandemic would have been so severe. Today, in 2009, absent the conditions of WWI, it is preposterous for political and medical authorities to claim that the swine flu is a menace to society.

The Mysterious Origins of the H1N1 "Swine Flu" Virus

If the current H1N1 swine flu virus does become abnormally lethal, there would be three leading explanations: first, that the virus was accidentally released, or escaped, from a laboratory; second, that a disgruntled lab employee unleashed the virus (as happened, according to the official version of events, with the 2001 anthrax attack); or third, that a group, corporation or government agency intentionally released the virus in the interests of profit and power.

Each of the three scenarios represents a plausible explanation should the swine virus become lethal. After all, the 1918 flu virus was dead and buried – until, that is, scientists unearthed a lead coffin to obtain a biopsy of the corpse it contained. Later, researchers similarly disturbed an Inuit woman buried under permafrost.3

The US Armed Forces Institute of Pathology, with a scientist from the Mount Sinai School of Medicine, then began to reconstruct the 1918 Spanish flu. Had Iran or North Korea engaged in Frankenstein experiments (complete with ransacking graves) to reverse engineer the 1918 virus the US and the UK would have gone ballistic at the UN Security Council.

Interestingly, numerous doctors and scientists suspect that the swine flu virus was cultured in a laboratory. A mainstream Australian virologist, Adrian Gibbs – who was one of the first to analyze the genetic properties of the 2009 swine flu – believes that scientists accidentally created the H1N1 virus while producing vaccines. And Dr. John Carlo, Dallas Co. Medical Director, "This strain of swine influenza that's been cultured in a laboratory is something that's not been seen anywhere actually in the United States and the world, so this is actually a new strain of influenza that's been identified."4 Because of this, the 2009 swine flu virus – which has yet to be detected in any animals – has a rather suspicious pedigree.

Across the mainstream media, reports announce one swine flu death after another (even though ordinary flu kills about 35,000 Americans each year). Upon closer scrutiny of what passes for journalism, the victims have "underlying health problems," or "a common underlying health condition," or "significant medical conditions."

One news headline even blared: "Swine flu mother dies after giving birth, leaving her premature baby fighting for life," and only later, buried deep in the story underneath, did it explain that she had "other medical problems" which included being confined to a wheelchair because of a serious car accident.

Citizens the world over are increasingly skeptical of hyped headlines followed by smaller-print caveats. They are uneasy with the effort to create "doublethink" – a term coined by George Orwell in 1984 and a reference to holding two contradictory ideas in one's mind simultaneously, paralyzing critical thought.

The media has never been in the habit of reporting the cases of people who, for no known reason, die of the flu. Out of the 35,000 Americans who die each year from flu-related illnesses, some are bound to be relatively young and healthy. It happens. This year, however, their stories are front-page news.

More recently, news reports now claim that the H1N1 swine flu can affect people in the lungs and lead to pneumonia. This, however, is what separates the flu from the common cold in the first place; and this is why tens of thousands of elderly people die of flu-related symptoms each year. Fox News even claimed that "this one morphs and mutates and comes back in different ways…," (like all flu viruses). In short, the media now uses the flu's own ordinary symptoms to fuel fear.

Fortunately, a growing wave of online media challenges the propaganda. Back in 1976, there were no rival voices, and the Center for Disease Control's manipulative television commercials dominated the airwaves. Fortunately, as a testament to official shamelessness, these videos are now archived and searchable on the Internet under the title of "1976 Swine Flu Propaganda." 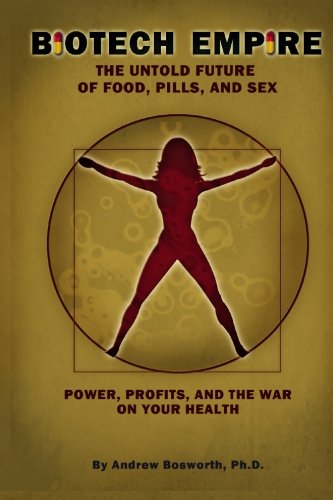 Now, like then, the US government's pandemic policy alternates between the ridiculous and the repugnant. The government's flu website is revealing. First, the historical section on the 1918 virus is intellectually dishonest, making absolutely no link between the unique conditions of World War I and the flu pandemic; instead, the site propagates the erroneous notion that this virus came out of the blue.5

Second, the site announces an absurd American Idol-style video contest: "Create a Video About Preventing or Dealing With the Flu & Be Eligible to Win $2500 Cash!" (Congress has earmarked 8 billion dollars for swine flu prevention and can only offer $2,500 to the proles – or, rather, to the one prole who, rising above mediocrity, best parrots the Party Line.)

And third, the site encourages the use of Twitter to "stay informed…" There is something mildly disturbing about the US federal government promoting Twitter as a form of resistance to foreign authoritarianism, while, simultaneously, using social networking to further federalize and protect the abuse of power at home.

The Best of Andrew Moran

After an Economic Fall Economic Armageddon, Here We Come