My Experiences With National Healthcare 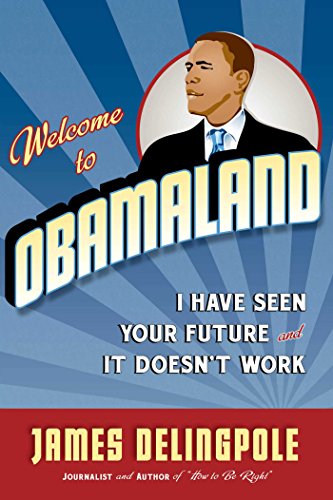 Obama’s castle-in-the-air, pie-in-the-sky, wish-upon-a-star health care would never, could never, and should never be appropriate for Americans. As Dr. Seuss might put it, “not in a hush, not in a rush; not even if read; not even if…Red!” ObamaCare is doomed to fail and Congressional members who support it will be the next to go. Leave. Lose elections. Be relegated to life again in the real world.

We frequently hear that Britons, Canadians, French, Swedes and others are often ill-served by their health systems. I understand their concerns and their experiences because I, myself, lived under a national health program for a year and found the experience utterly awful. Chances are that the care has grown far worse since I left it 32 years ago.

I was accepted into a masters program at the University of Manchester, England for the school year 1976-77. I sold my house, packed my bags, and “went abroad.” At that time I was a Teacher of the Deaf; Manchester was the first university to ever train teachers of the deaf; and I wanted to broaden my skill and knowledge base. Included in the out-of-country tuition costs was health coverage through the National Health system in England. I was relieved to learn that I had any kind of coverage at all, then thought no more about it. A few weeks later my nonchalance would change.

During a trip to Edinburgh, Scotland, to attend the International Festival, I walked and rewalked the Royal Mile, putting far too much stress on my vehicle-spoiled joints. Within a couple days of my return to Manchester, I was almost crippled and so went “to hospital.” Once there, I was put into a waiting room that reminded me of a picture I had seen of suffering in mental hospitals, circa 1880 or so. The “room” was about the size of a small town gymnasium, high ceiling as well, but cold and unappealing. It was full — standing room only — of people with all kinds of emergency conditions waiting endlessly to be seen by a nurse, let alone a doctor.

After hours of painful standing, I decided to ask about the holdup and walked on through the treatment doors. A nurse stopped my advance so I asked for either 1) a timely visit by a doctor or 2) the phone number for a doctor with a private practice. I received neither. The nurse shepherded me to a quiet corner where she advised me to be more patient. She explained the costs I would face if I went elsewhere. She at least found me a chair and I…waited.

The local doctors’ offices provided more shocking experiences. The service was faster but the treatments were nonexistent — unless prescriptions were all that one wanted. In fact, I do not recall ever leaving the office without a prescription, even when the decisions were highly suspect. Pills were passed out like candy. Public Pacifiers.

Appointments with a doctor were a hoot — once I learned the procedures. The first visit, however, was shocking and confusing. I had phoned to schedule an appointment then upon reporting in, I was given a 12-inch colored piece of the material used for name signs in offices. Mine happened to be red with a number cut out instead of a name. Say…34. I went to the waiting room where I joined a large group of people, all of whom were staring at a large wooden board with about 6 colored lights on it. I observed carefully so as to see what would be expected when my turn arrived. A buzzer went off, the blue light began flashing, and someone stood to ask those around him if they had blue with a number lower than his own. No one responded, so he left the room. On it went with yellow, green, orange lights flashing but then the red light flashed. Thus far, the herd had trained me well, so I stood and asked: “Does anyone have Red before number 34?” No one did, so I left the room…but that was as far as I had been trained. Someone finally noticed my confusion and told me that I must go down a long hall and report to the….RED DOOR. But of course! Dr. Red Door. Names were not important. Just procedures.

Previous article by Linda Schrock Taylor: It's Like We're Living in a Bad Movie

Will the Feds Declare Martial Law? Decentralization for Socialists: A Brief Primer