Should the Church Wave the Flag?

The Catholic Church in America in the 19th century would have never featured an American flag anywhere in sight. This trend began in World War I: the German parishes were pressured to show their loyalty to the state and its war.

The trend picked up steam in World War II, when the Italians too were suspected and so had to declare their loyalty. The flag issue became universal during the Cold War when everyone was expected to rally around the nation in its fight against its foreign adversaries. But looking in back in time to the 18th century and before, to say nothing of the European middle ages and back before the invention of the very idea of the nation state, this entire project would have been completely unknown: the Church nowhere swears allegiance to the state and Christians are citizens first of a universal kingdom with a ruler chosen from all eternity.

Their vows are made unto the Lord, which is precisely why intellectuals like Rousseau said that the Christians make such bad citizens. He was right about that, if by citizens you mean a person whose loyalties are first owed to the civic collective.

Today, however, people think nothing about singing hymns of praise to the state in the very hallowed halls of the Church: America the Beautiful, The Star Spangled Banner, and more. A house of worship in my own town enjoys unfurling the largest American flag I’ve ever seen and pasting it on the side of the building, oblivious the reality of the intellectual and theological dangers here. In recent times, very recent times, the Catholic Church in the U.S. has been singled out for special pressure from courts and judges, and this has changed many aspects of parish management in ways that truly do represent an intrusion of politics and state issues in a sacred space. This is a tragedy that is gravely regrettable, even deeply threatening, and one that should not go unnoticed.

However, the Church, as Pope Benedict XVI has written, does not derive its legitimacy or rights from secular or civil sources; its existence transcends time and place and its legitimacy is internally confirmed. Its liturgy should and must represent an exit from temporality and political issues and enter touch elements of eternity: this is where all its art and furnishings and music must point. 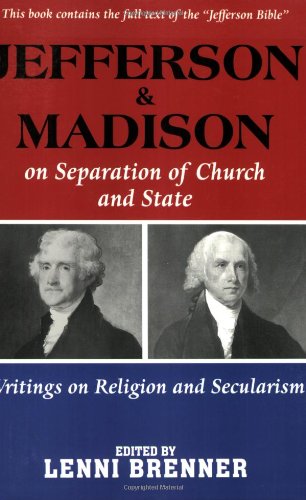 Hence, there is a sense in which the worship space must be a sanctuary from the grittiness, cruelties, and manipulations of such issues as nationalism and profane forms of earthly patriotism which are all about celebrating the control by the coercive state. Never mind the true history of Independence Day, that the motivation for political secession from Britain was partially religious in nature.

That history aside, there is no mistaking the upshot of July 4 celebrations today. So why sing traditional patriotic songs at worship? Signs and symbols drawn from world profane politics constitute a distraction from this essential task at hand.

It is a special temptation when Sunday falls so close to July 4. Surely people should be permitted to express their seasonal enthusiasms? I don’t think so. Nationalism is not part of the deepest Christian tradition. Conventional songs of secular-style patriotism cannot contribute to the liturgy but rather depart, even radically, from its spirit and intent. We live in times of hyper-nationalism, war, and all-intrusive statism that the Church is called to resist in favor of truth, beauty, and true salvation. It is an easy-enough step to sing the propers of the liturgy and leave the marches and statements of national fidelity to civic-pride parades, which, whatever their merits otherwise, will do nothing for our immortal souls.