Hillary Out to Strong-Arm Swiss

First we attacked Afghanistan. Then we attacked Iraq. Now the U.S. has it sights set on Switzerland.

Peaceful, neutral Switzerland? That’s right. What’s the crime? It’s not sponsoring terrorism or harboring weapons of mass destruction. No, in the eyes of the U.S. government, Switzerland has done far worse: it’s kept money out of the hands of the Internal Revenue Service, money to which the IRS may not even be entitled under any law anywhere.

The U.S. and Switzerland are headed for a diplomatic showdown as the IRS demands that Swiss bank UBS turn over the names of 52,000 U.S. clients in the mere hope of exposing them as tax evaders, prosecuting them and taking their cash.

The IRS has already succeeded in going after one prominent user of UBS’s services: Igor Olenicoff. The billionaire, who has a home in Laguna Beach’s Emerald Bay, pleaded guilty in December 2007 to filing a false tax return, then sued UBS, contending bank advisers’ advice landed him in trouble.

Now the IRS wants more: that list of names. But the Swiss government has so far stood its ground. It understandably doesn’t want to let the IRS do this because of Switzerland’s longstanding strict banking-secrecy laws, which provide criminal penalties for disclosing client information. Plus, the Swiss have this crazy notion that their own laws — not ours — should apply in their own country.

So now the IRS is bringing a bigger ax to the battle: Secretary of State Hillary Clinton. She was scheduled to meet Friday with Swiss Foreign Minister Micheline Calmy-Rey to discuss "current bilateral topics and international cooperation," as Calmy-Rey euphemistically puts it. But we know what will really be said, directly or indirectly. It will be the same thing the U.S. always tells the rest of the world: Do things our way, or else.

Of course, if little Switzerland stands its ground, the U.S. won’t actually send in troops or start bombing Zurich. But if it comes down to it, our government just might tell UBS that it can’t do business here anymore, even though the Swiss bank employs more people in the United States than in Switzerland. That could start a trade war, which would hurt Americans and Swiss alike, causing more collateral damage to the failing U.S. economy than a mere $20 billion in taxes could ever even begin to fix. 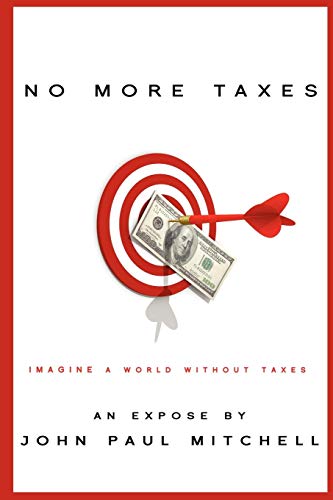 All this effort, and all this potential harm, for what? So the IRS can conduct a fishing expedition in the accounts of people it doesn’t even know for sure have broken the law. The government claims that UBS is holding $20 billion of Americans’ money. Even if we unrealistically assume — without proof — that all $20 billion is legally owed to the IRS, that still would be a drop in the bucket of the federal budget (proposed to be $3.6 trillion in fiscal year 2010), and minuscule even compared with the so-called stimulus plans Congress has passed in recent months.

Some might argue that it’s wrong to let people hide their money in foreign banks. But there are many valid reasons for doing so. Here’s a basic one: protecting money overseas is justified because the IRS is a thief, seeking to take money from people who have earned it and give it to people who have not, and to hide money from a thief is justified.

But maybe, like many people, you’re OK with taxation, so here’s another reason: because many U.S. banks haven’t been so secure these days, and the U.S. dollar’s future isn’t very bright, either. Swiss banks and Swiss francs, on the other hand, have a relatively good reputation.

In an editorial condemning tax evaders, SmartMoney editor-in-chief James B. Stewart admits that there are "certainly citizens of countries whose own banking systems are so precarious and the risks of persecution for any number of reasons so great, that a Swiss bank account must provide welcome security." What Stewart fails to recognize — despite the obvious evidence all around us — is that the U.S. has proved to be just such a country, with the Federal Reserve wrecking the financial system and the IRS persecuting people it believes haven’t forked over enough money.

In addition to those reasons, there is the simple right to privacy. The Fourth Amendment, after all, protects people from unreasonable searches and seizures — with the full knowledge that this will, in fact, allow some people to conceal illegal activity. But we accept that because in America, we theoretically value respecting privacy more than we value catching and punishing every single lawbreaker.

Unfortunately, it appears that the Swiss understand this better today than we do.

This article originally appeared in the Orange County Register.

The Best of Jacob Huebert

Time To Liquidate the Democratic Empire Tom Woods vs. the Fed