My family moved from Dublin to London in the early 1960s. A large Irish immigrant family. We did not move into an Irish community. Maybe things would have been easier if we had. As kids growing up in London, my brothers and sisters and I quickly became aware that we were unliked and unwanted — we simply accepted that this was the way of things — as children do.

At school there was a lot of teasing, name-calling, mimicking our accents, Irish jokes and so on — but it was bearable — just.

I have to say that we were never hit or beaten up. This was probably due to the fact that we had an older brother who would take on anyone. Mess with us and you messed with him. Mess with him and you wouldn’t bother again — it just wasn’t worth it.

When the "The Troubles" erupted in Northern Ireland at the end of the 1960s feelings towards us took a turn for the worse and stayed that way for many years. We were getting a taste of what other minority groups had had to put up with for far longer than us. I won’t bore you with stories about how we "suffered," if that’s the right word, but we lived through it and learned to cope with varying shades of open hostility. As such, therefore, I feel well qualified to write about prejudice, hate and discrimination, having been at the sharp end of it.

Things started to change in the late 1980s. I don’t know how much this had to do with what was going on in schools but certainly the arrival of new wave comedians went a long way to making entertainment based on crude, insulting and vulgar jokes about race, religion etc. a thing of the past. Why did they make such a difference? Because they were original, talented and damned funny; they reached a hell of a lot of people.

Much of what had passed for humour beforehand gradually came to be regarded as cheap, boring and tasteless. Things were changing for the better, things were evolving by themselves — human action in action if you like — a growing realisation that we were all in this together, no-one was leaving — so we’d better just learn to get on with each other.

OK, things weren’t perfect — there was still a long way to go — I’m not looking back at the past like some old fart wearing rose-tinted glasses, but things were changing.

However, that didn’t stop the state and getting more and more involved. Here was yet another gravy train for career politicians. The upshot is that we now have a raft of legislation to do with "hate crime."

If free speech means putting thoughts into words then this must be the ultimate in statism — be careful what you think! 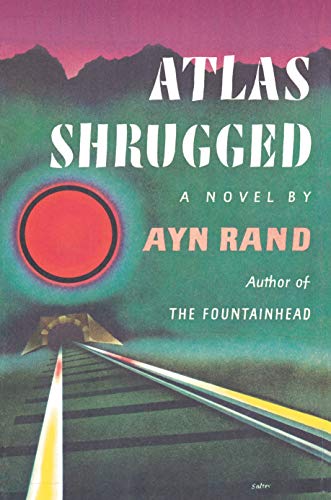 What does "hate crime" mean anyway?

This, from the UK Home Office:

"Hate crime is any criminal offence committed against a person or property that is motivated by an offender’s hatred of someone because of their:

Hate crime can take many forms including:

Did we really need new legislation to deal with this?

I can hear Bastiat beginning to turn in his grave — yet again.

What were the unseen affects of this legislation?

How many people do you know who would actually carry out hate crimes as detailed above? Not many I bet, if any. The people who do actually carry out such crimes are a tiny minority who will do so anyway regardless of whether the legislation is there or not.

The effect of this legislation was to erect barriers where there were none before, to create division and resentment where there was none before and to achieve precisely the opposite of what was intended. Twin this with the multi-cultural mantra of "celebrating diversity" and we have a very nasty cocktail being mixed for the future.

Art Carden in this piece writes about tolerance and pluralism — about how "thoughtcrime" legislation serves only to create "us versus them" situations.

Coerce people to come together and you’ll only drive them apart.

"There is no surer way to infect mankind with hatred — brute, blind, virulent hatred — than by splitting it into ethnic groups or tribes." ~ Ayn Rand

Leave people alone and they will come together.

"The great virtue of a free market is that it enables people who hate each other, or who are from vastly different religious or ethnic backgrounds, to cooperate economically. Government intervention can’t do that. Politics exacerbates and magnifies differences." ~ Milton Friedman.

The last part of this quote bears repetition.

Isn’t this, ultimately, what hate crime legislation does?

The Best of Chris Clancy

Previous article by Chris Clancy: The Greatest Scam in the History of the World

The Technique of a Coup d'tat Too Many People