You Took My Freedom But Where's My Security?

Rarely do our intelligence services blow their cover. But with the New York City Temple Bomb Plot —that’s exactly what the FBI did. Except in this case, our intelligence wasn’t hiding from the enemy but instead from us.

For years, Americans have been told that the Department of Homeland Security, the FBI, the CIA, etc. are working hard to watch over the nation. The evidence presented has been the lack of a major terrorist attack since 9/11. Who can argue with the results, right? So much of our domestic peace is accredited to these secretive agencies.

According to the common mythology, innumerable terror plots have been stopped, an endless number of Al-Qaeda cells discovered, and tens of thousands of lives saved, thanks to the post 9/11 bi-partisan programs and expanded powers. But after the NYC Temple Bomb Plot, I gave up all hope that any of these unspoken successes were true.

Think about it. The FBI publicized the arrest of four radicalized losers who couldn’t even obtain explosives without the help of the agency. Even more alarming is that the case took an entire year to put together.

These arrests hardly increase my confidence in our national security. After years of espionage, wire-tapping, and torture, these agencies should do a little better than the NYC roundup. 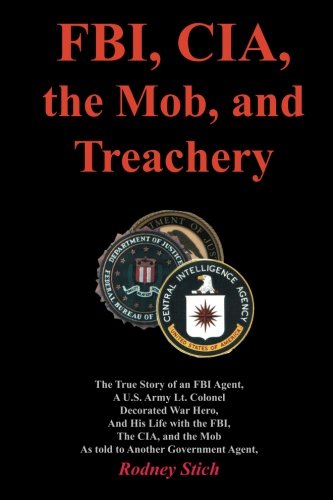 The clandestine services had a clever PR strategy by not saying a word. If no one reported details, the public could keep imagining great and noble accomplishments. Vague and fuzzy worked so well for so long. When no one knows the agencies’ daily activities, it’s easy for them to take credit for the domestic tranquility.

The specifics have always been the missing link in the homeland security debate. Just recall the scenario used to justify torture, "What if a prisoner knew about a major attack? Would it be appropriate to torture then?" To ask the question is to find the problem. The question is theoretical. After eight years of torture, we still don’t have an example where a prisoner was tortured and a major attack was prevented as a result.

With the NYC Temple Plot, the FBI crossed the Rubicon and clearly explained their operation. With the silence broken, any citizen has to ask himself, "Is this it? Is this the best our national security can do?" After billions spent and our traditional freedoms undermined, the best results are a couple of dope-smoking losers and the occasional hide-out in Pakistan.

All this time, I had hoped — like any tax payer does — that at the very least the spending would be somewhat effective. Hoping for national security to work effectively feels similar to evaluating local road construction. You know the project will be overpriced, the contractor will make out of the deal like a bandit, and your taxes will pay the bill. But at least, the town will have a new halfway decent road.

I didn’t like the homeland security agenda from the beginning. I knew it was overpriced — the highest cost being our freedoms. And even though I disagreed with the programs, I hoped that they were working to make us safer. Maybe, some of the money was being used efficiently.

After the NYC Temple Bomb Plot, I could no longer hold onto this delusion. If this is the biggest bust that the FBI has to offer, then we’re all in big trouble.

As crazy as it sounds, I wish that our freedom was traded for security. I wish that our torture techniques could pay off with terrorists stopped and evil plans thwarted. But the saddest part of the War on Terror is that we can’t claim any such victories.

The United States has tortured for no recognizable gain, and trading freedom for security remains only a theoretical argument. Our liberty has been swapped for absolutely nothing in return. We are not safe and grow less safe everyday.

The Greatest Non-Apology of All Time Krugman Failure. Not Market Failure