Military-Contracting Waste, Fraud, and Abuse — Just What the Government Wants

In its first report to Congress, the Wartime Contracting Commission presents a bleak assessment of how tens of billions of dollars have been spent since 2001. The 111-page report, obtained by The Associated Press, documents poor management, weak oversight, and a failure to learn from past mistakes as recurring themes in wartime contracting.

The commission cites concerns with [inter alia] a massive support contract known as “LOGCAP” that provides troops with essential services, including housing, meals, mail delivery and laundry. . . . KBR Inc., the primary LOGCAP contractor in Iraq, has been paid nearly $32 billion since 2001. The commission says billions of dollars of that amount ended up wasted due to poorly defined work orders, inadequate oversight and contractor inefficiencies.

KBR’s chairman William P. Utt responded to the allegations by saying, more or less, “Liar, liar, pants on fire.” According to the AP report, his exact words were: “As we look back on what we’ve done, we’re real proud . . . .” You can bank on his pride in what the company has accomplished, all right. Raking in $32 billion in less than a decade for providing workaday services to the U.S. troops in Iraq is no mean achievement, as contractor rip-offs go.

Many readers will interpret this latest news item as evidence of the government’s “failed policies” for managing the Iraq war, but this interpretation is completely wrong. There are no failed government policies — at least, none that last very long. The government is accomplishing exactly what it seeks to accomplish. If it were not doing so, it would soon change the policies to bring them into accord with its aims.

If you doubt my claim, you may wish to consider that these very “failed policies” in military contracting have remained business as usual ever since World War II, when the modern military-industrial-congressional complex (the MICC) came into being. They have been the subject of countless investigations and several major studies throughout that span of nearly seventy-years. Each study finds basically the same thing; each makes similar proposals to fix the system; but the government never alters the system’s basic workings. 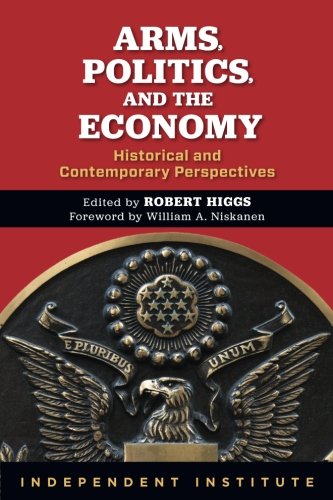 In Arms, Politics, and the Economy, a book edited by me and published by Holmes & Meier in cooperation with The Independent Institute in 1990, William E. Kovacic presents a detailed account of three “blue-ribbon commissions” created to study military contracting and related matters: the 1955 Hoover Commission Task Force, the 1970 Fitzhugh Commission, and the 1986 Packard Commission. Kovacic concludes: “As judged by most who have studied postwar movements to reform the weapons acquisition process, blue ribbon commissions have elicited little basic change in the way the United States buys armaments. . . . Experience with the postwar blue ribbon commissions demonstrates that the inspiration to reform without the commitment to persevere yields little change.”

I am willing to say bluntly what Kovacic never quite concludes in plain language: Nothing changes fundamentally because the investigations are all for show, to give the public the impression that the government is not simply shoveling the taxpayers’ money heedlessly into the contractors’ bank accounts, but none of the leading actors in the MICC — not the military services or the Department of Defense, not the private contractors, not the congressional appropriations and oversight committees — really wants to change the system because, as it now stands, it is serving their interests magnificently.

As the legendary defense analyst Ernest Fitzgerald once said to me, “A defense contract is just a license to steal.” And who wouldn’t want to have such a license? You can bet that KBR enjoys having one, as do Lockheed Martin, Boeing, Northrop Grumman, General Dynamics, Raytheon, and the rest of the major licensees. Indeed, it appears that the U.S. military-contracting system constitutes one of the most successful organized-crime rackets in the history of the world.