The Unfortunate Adventures of Long-Term Investors

Junior Mogambo Ranger (JMR) Michael S. called to make sure I got the new Department of Labor report that says it is beginning on work that “Reforms the Unemployment Insurance System” to “make the UI program a more responsive and effective social safety net and economic stabilizer,” which I assume means higher unemployment insurance premiums for businesses, making them raise their prices, so that the government can hand out more unemployment insurance money.

The report also notes without comment (like “We’re a bunch of incompetent morons!”) that “more than $3.9 billion in UI benefits were erroneously paid in 2008,” which comes to almost $400 for every worker in the country who does not have a non-government job! This is just the part that was fraud!

The big news, however, comes later in the report when we get to the part where they say that their plans include the socialist idea that “Establishes Automatic Workplace Pension,” where “The President’s 2010 Budget lays the groundwork for future establishment of a system of automatic workplace pensions, to operate along side Social Security, that is expected to dramatically increase both the number of Americans who save for retirement and the overall amount of personal savings for individuals. Under this proposal, employees will be automatically enrolled in workplace pension plans.”

Well, I got news for them about how investing increases “the overall amount of personal savings for individuals”! In fact, just about anybody with a retirement plan who has seen 30% of their retirement wealth disappear, and who may have nominally less wealth than they put into their retirement “investments,” and who certainly have cripplingly less inflation-adjusted wealth, has news for them, too!

And if that is not enough, in addition, “the Budget proposes to expand retirement savings incentives for working families by modifying the existing Saver’s Credit to provide a 50-percent match on the first $1,000 of retirement savings for families that earn less than $65,000. The credit would be fully refundable to ensure that savings incentives are fair to all workers,” although they don’t explain how in the hell taxing me to give $1,000 to people I don’t even know, to plunk into their retirement account, is “fair to all workers,” but I am sure that it is deemed “fair” in the twisted, mentally-ill calculus of Democrats and their loathsome, commie-think stupidities. 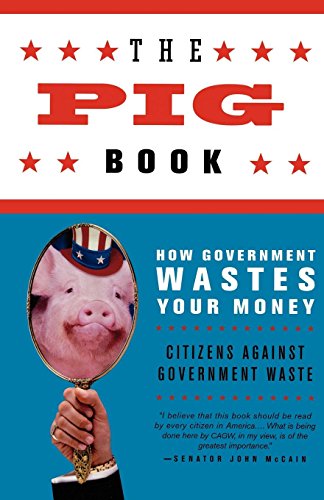 This is, of course, beyond ridiculous, venturing far into the realm of “farcical,” especially since “investing” money over the long-term is proved to be suicidal and stupid, which has been perfectly explained by Nassim Taleb and his “Black Swan” hypothesis, which shows that unexpected, catastrophic events occur often enough to preclude the possibility of making a profit over the long-term.

And if this was not proof enough, it is simple grade-school arithmetic that quickly proves that it is impossible for everyone to take more real, inflation-adjusted money out of the stock market than they put into it.

And as if that was not enough, John Rubino at dollarcollapse.com takes a look at “the idea that stocks and bonds offer predictable long-term risks and returns,” a ridiculous theory which people base “on the experience of the six decades since the end of World War II. To them,” he says, “this constitutes the ‘normal’ market.”

Unfortunately, “the problem is that those six decades weren’t normal. On the contrary, they were unique: history’s greatest credit bubble. During this bubble, governments, armed with fiat currencies that they could create out of thin air, printed more and more paper each year, which made it easy for consumers and businesses to borrow and spend. Companies were able to sell more at ever-higher prices and report correspondingly higher earnings, which translated into higher stock prices. The early stages of a credit bubble are like this.”

So what did the “long-term” investor get for his money? Mr. Wood calculated that the average annual gain in the stock market over that 132-year time span was 1.96%, although it was, “all in all, a 1,300% gain”! Hahaha! Chumps!

In case you were wondering, that paltry 1.96% gain “doesn’t reflect taxes, trading costs, or management fees for someone to manage your account or mutual funds.”

On the plus side, however, this calculated annual gain “doesn’t include dividends paid.”

And to make matters Much, Much Worse (MMW), he notes that “inflation isn’t factored in, either”! Yikes! This is significant since the dollar has lost about 96% of its value since 1913, thanks to the extreme incompetence, corruption and outright stupidity of the Federal Reserve!

So, let’s see; if I am still ignoring taxes, costs and fees (which are substantial) and dividends (which are usually squat), you invested “a dollar is a dollar is a dollar” in 1877, whereupon you sat back, relaxed for 132 years, and nominally gained 13 times that much, bringing your total to a nominal $14 which, when deflated by the 96% loss of buying power of the dollar since 1913, means that you now have 56 cents!

And less after paying taxes, fees and expenses! Hahaha! Nice going there, Mister and Missus Investing For The Long Term! Hahaha!

On the other hand, there is gold, which, over the same 132 years, shows a nice gain of 3% a year in nominal terms and no loss of buying power in inflation-adjusted terms.

That is why I say “Whee! This investing stuff is easy!”

Previous article by Richard Daughty: Laughing in the Face of Death

Lose Weight By Eating More? High Water Content Foods Such as Pasta, Rice, and Vegetables Do the Trick The Meltdown Was No Surprise