Why I Own Guns?

“No slaves shall keep any arms whatever, nor pass, unless with written orders for his master or employer, or in his company, with arms from one place to another. Arms in possession of a slave contrary to this prohibition shall be forfeited to him who will seize them.” ~ A Bill Concerning Slaves, Virginia Assembly, 1779

“All military type firearms are to be handed in immediately … The SS, SA and Stahlhelm give every respectable German man the opportunity of campaigning with them. Therefore anyone who does not belong to one of the above named organizations and who unjustifiably nevertheless keeps his weapon … must be regarded as an enemy of the national government.” ~ SA Oberfhrer of Bad Tolz, March 1933.

“The right of the people to keep and bear arms has been recognized by the General Government; but the best security of that right after all is, the military spirit, that taste for martial exercises, which has always distinguished the free citizens of these states … Such men form the best barrier to the liberties of America.” ~ Gazette of the United States, October 14, 1789 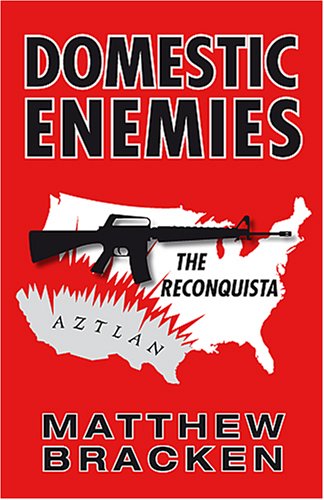 Messiah Obama, Eric Holder, Bobby Rush, Charles Schumer, Barbara Boxer, Dianne Feinstein and Sarah Brady can choose not to own a firearm; that is their right, though at least one of them felt the need to own one. I choose to own a gun for many reasons that I will touch on in this article. Those listed above do not have the right to deny me ownership of a firearm; I don’t care how many fools voted for them or who they know at Diebold who can illegally manipulate a voting machine.

We are living in an age and time where those who claim to be against violence are more of a threat to individual liberty and freedom than any gun owner. These autocrats seek to disarm his/her victim before they move to enslave those of us they view as subjects.

I have owned firearms for over half a century. I received my first gun, a bolt-action; single shot, .22 caliber Remington rifle for my ninth birthday. (I still have it) A year later, I received a single shot 16 gauge Iver Johnson shotgun. Many a rabbit, quail and occasional grouse became meals for the family, directly because of those two firearms.

Prior to owning my own firearm, I was taught by my grandfather that a gun was a tool, just like a hammer, an axe, or any other farm implement. I was taught they were to be properly maintained and never misused or abused. Safety in all tools and their operation were emphasized and violations of those policies led to a severe lecture and in some cases memory enhancement with what my grandfather referred to as a "two-handed" limb.

I remember looking into my grandparents bedroom and seeing a rifle on the wall, a shotgun in the corner and a .45 caliber Smith and Wesson top-break revolver on the nightstand, strategically located between a one quart Mason jar of Moonshine whiskey and a large tin of Prince Albert tobacco. The Moonshine and Prince Albert remained in that location for as long as I can remember. Early in high school I finally found the courage to ask my grandfather why they were there. He told me of his younger years and drinking enough Moonshine to "float a battleship" and of smoking since he was "just a nubbin." He said he discovered later in life that both habits were causing him considerable problems so he decided to quit cold turkey. He bought the Moonshine and the Prince Albert and placed them in a prominent location, because, "boy, you can’t quit something if you don’t have any."

Some of my fondest childhood and early adult memories focus on hunting trips and shooting with my grandfather; we spent many a wonderful autumn day in the backwoods. Today, when I take out any of the firearms I had or used on those hunts, it takes me back to those wonderful days and times and memories of my beloved and sorely missed mentor.

In my younger years, I remember a night when my grandfather was visiting a sick relative and I was awakened by my grandmother and instructed me to "get the shotgun and come a running, something is after the chickens." I readily and without remorse, dispatched that varmint as he sat there with a squawking chicken in his mouth. There were other occasions when I felt a great deal of mental anguish when I was tasked with putting a seriously injured or sick farm animal "out of his/her misery." I was taught I had an obligation to that animal, just as I had been taught to take "ethical" shots on game animals. Such were the lessons of my childhood, many of them centered on firearms.

Invariably, visits from friends or relatives will include at least one day of shooting at the range, or across our back pasture at wood or paper targets. Several of our children’s friends and acquaintances have learned the basics of shooting at our home. Even those who have been indoctrinated by the schools or media to abhor firearms eventually come around and get into the fun and competition of shooting.

Like L. Neil Smith, I have a passion for well-made firearms; I love to hold them, disassemble, reassemble, clean and just appreciate them, as one would works of art. To look at the firearms of John Moses Browning and not recognize the genius of the man is hard to imagine. At one time, almost every weapon employed by this country’s fighting man saw its origins in Browning’s accomplishments and expertise. I also have a passion for the Smith and Wesson blue steel revolvers, Colt Single-Action-Army revolvers, old military style weapons and rifles capable of extreme accuracy at long distances. I sometimes spend hours cleaning my military rifle collection, wondering to myself what stories each could tell. When you are holding an old Springfield Model 1898 or an original M1 Garand, you are holding a piece of American history.

I enjoy spending hours developing the skills necessary to put a group of bullet holes very close together at 800, 900 and 1000 yards. Wind, relative humidity, controlled breathing, ballistic coefficients and several other factors come into play each and every time I go out in search of perfection.

Our elected and appointed criminals have destroyed our constitution; stolen our country’s wealth; created rampant racism by polarizing the races; openly admitted to voting for legislation that adversely impacts millions without ever reading it; attempted to destroy a complete culture (Southron) because it does not fit their criminal agenda; infested their ranks with sanctimonious moral midgets who cannot control their carnal cravings; totally corrupted the criminal justice system, putting the innocent behind bars while protecting criminal cronies; imprisoned hundreds of thousands for committing "victimless" crimes; installed political and social activists in black robes; lied this nation into illegal, immoral wars that killed and maimed millions, many of them our own misguided citizens; turned our local, state and federal police into elements that would make Heinrick Himmler and Uncle Joe Stalin proud; made ignorant boobs of our children with their socialized, Marxist educational machine, and done all within their power to destroy all vestiges of our republic.

Now, these moral cowards insist the only way this nation can remain safe is to turn over to them the only tool we have left to insure liberty, because they believe themselves to be of some higher moral and intellectual plane.

I consider those in power as I do any other criminal. I would never turn over my weapon to the bank robber, murderer or rapist, therefore, I will never relinquish my right to keep and bear arms, nor my wonderful memories and experiences involving firearms to a bunch of bottom feeders in three-piece-suits or uniforms and badges.

I would not want to explain that failure in judgment to my grandfather. He would never understand if I voluntarily sold myself into slavery.